[S]he who wishes to fight must first count the cost

Note from Noely: Sexual abuse and sexual harassment is a fraught dicsussion to have at the best of times and I'm pleased to be able to include this rebuttal piece from Maddy L who not only rebutts some of the issues that are problematic in the 'Women must stop freezing - for our daughters' piece but also adds more information for those of us who care about this issue to seriously consider and I thank her for taking the time to so.
If the issue being raised itself has caused any distress, please seek help via the crisis line in your state, or the National 1800 737 732 (1800Respect) line or Lifeline on 13 11 14.
sincere regards,
Noely

[S]he who wishes to fight must first count the cost

The recently published article, 'Women must stop freezing – for our daughters' by Robyn Dunphy has been controversial. First and foremost, freezing in the face of trauma, sexual or otherwise, is an involuntary innate behaviour. Telling someone not to freeze involuntarily is like telling them to see well without their glasses! The author has stated that the intent of the article is not to blame victims, nor to tell women how to respond in any given situation, but rather to drive cultural change.

While addressing rape culture is a laudable goal, it is unlikely to stop involuntary freezing responses during sexual assault or harassment. Dr Jim Hopper has a very informative summary of the types of involuntary freezing and their biological causes here.  Our bodies are wired to freeze, and societal change will not alter that biological fact.

On the other hand, Robyn is absolutely correct when she asserts that females are conditioned against speaking out or reacting to violence and harassment. This is not involuntary freezing but rather a deliberate, considered attempt to ignore, suffer through and/or forget the harassment. This behaviour, as it’s not biologically involuntary, is able to be changed. We should stop conditioning victims to shut up and try and ride it out.

But it is not fair to discuss changing that behaviour without acknowledging issues  like race, poverty, age, insecure work, gender, sexual orientation, and ableism. Sexual assault and harassment can and do happen to people of all ages, races, socioeconomic backgrounds, genders etc. But the options available for victims can be very different. If you’re financially secure, with tenure and membership in a strong industrial union, it’s easier (but not necessarily easy) to tell your boss to cut it out than if you’re in insecure work, trying to provide for your family, and can be denied shifts without reason. If you have disability, your complaint is less likely to be taken seriously. People of colour are more likely to be accused of hysteria and overreacting. If you’re a cis white woman, it's less risky (but still risky) to push back physically, as the original article suggests doing. You’re more likely to get sympathetic treatment from police and less likely to be charged with assault or accused of bringing it on yourself.

The costs of speaking up against harassment are not the same for everyone. Of course, this is abhorrent and reprehensible. Victims should be treated the same no matter their income, gender, sexual orientation and race. But too often unconscious or conscious bias mean that victims are treated differently. This is why we can’t drive cultural change without also addressing racism, sexism, ableism, ageism, and other forms of discrimination, as well as insecure work, poverty and income inequality.

We also need to hold men more accountable for their behaviour, not just harassers and abusers. If, on hearing a story of sexual assault, a man says “I don’t believe a woman would freeze like that” instead of getting himself online and educating himself, does he deserve to be called a “really decent fellow”?

Bigotry makes us all less safe, because it supports rape culture. We should all aim for a more inclusive, equal, fair and tolerant society, because it is what is right. It will make us safer too. 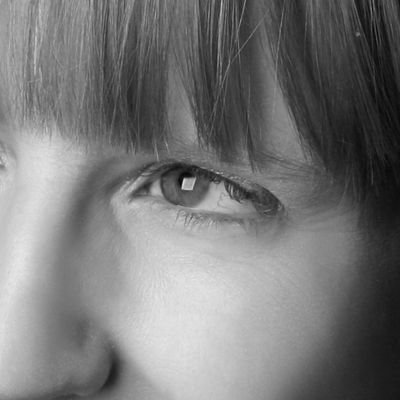 by Maddy L
Maddy L is a concerned citizen of Earth who wants a safe world for her kid and everybody else's kids too..
@Maddy_Liz