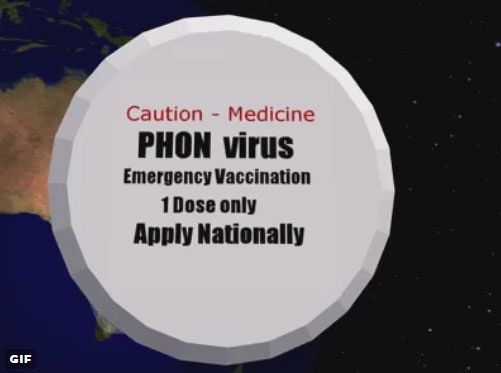 Yous are all hatriots, but not my beloved Malcolm

A few days ago I read a piece by Peter Hartcher called “It's heyday for the hatemongers, but Malcolm Turnbull can hold the middle” and yes I will admit, I’m not a fan of Hartcher’s analysis. Quite frankly, I can usually feel the condescension oozing from the page on all his pieces and it grates on me. Modern politics is the art of serving the punters bogan slogans, yet Mr Hartcher always seems to feel it is his job to explain the ‘nuance’ of politics to us LOL!

Thanks to @TwoEyeHead for this pearler...

A few days ago I read a piece by Peter Hartcher called “It's heyday for the hatemongers, but Malcolm Turnbull can hold the middle” and yes I will admit, I’m not a fan of Hartcher’s analysis. Quite frankly, I can usually feel the condescension oozing from the page on all his pieces and it grates. Modern politics is the art of serving the punters bogan slogans, yet Mr Hartcher always seems to feel it is his job to explain the ‘nuance’ of politics to us LOL!

As usual, I read it, thought to myself, “Hartcher is having an each way bet on Liberal leadership – Turnbull vs Dutton - of course they are both great blokes”.

Problem is, the piece preyed on my mind. I couldn’t quite put my finger on it until this morning. Not the fact that Hartcher is pretty much saying, all this populist hate speech politics is terrible, it is. But for Harcher, this appeared to be a good opportunity to explain to us dumb punters that Malcolm Turnbull and Peter Dutton are being ‘sensible’ in the midst of all this hatriotism.

Hartcher's premise appeared to be that because Dutton spoke well "for a change" in response to Katter’s racist question parliament, instead of his usual racist dog-whistling – which quite frankly I reckon was just Dutts mini ‘look at me, I can be a rational statesman’ Prime Ministerial audition he is being firmly of the 'centre' standing against hate mongering. Yep, you can't make this shit up...

In the case of Malcolm Turnbull, Mr Hartcher informs us that Turnbull had in fact already given the chairman of Australia Post a heads up about Ahmed Fahour’s salary years ago when he was Communications Minister. I’m sure Mr Husic (who Hartcher starts the article with) really gives a damn. That was not the point of the comments Ed Husic made, he knew that the attack on Mr Fahour was due more to his being of the Muslim faith than the exorbitant salary and is quite right when he finished with:

"In the pit of my stomach, I felt it was wrong. What can we do to promote good role models?"

But anywho... Instead of lauding Mr Husic, we of course need to focus on the Malcolm Turnbull and the terribly slender thread that connected him to this Ed Husic tale in front of ALP members on Tuesday morning. In fact, did you know that:

We can all be assured, by Peter Hartcher that is, that we are all safe here from the perils of populist hatriotism coz, well, “In Australia the centre is being tested but, so far, at least, it is holding.”

The malsplaining & excusing of Turnbull is why I could not let go of this piece.

I don’t care who Mr Turnbull quietly chats to, he is the Prime Minister.  You know, the top job in this nation, and he has condoned all the hatred and bile that politicians of most flavours have spewed in recent years by his silence, by not condemning the nastiness, instead allowing it to flourish.

I was educated in Catholic Schools, back in the day when you actually had nuns has teachers. The nuns were big on us being decent human beings. We were always told that just because you didn’t participate in the bullying or name calling, if you were a bystander and did nothing to stop it or help the victim, you were just as guilty. As an aside, shame the bloody church didn’t take their own advice, though, that is a rant for another day SIGH!.

Anyhow, that attitude was drummed into us. In fact, if kids were fighting or similar and you were caught standing on the side-line giggling, you got pinged for punishment too. Regardless of the failings of the Catholic Church when it comes to their duty of care for kids, this at least was one of the better teachings.

Let me tell you another story. At one stage when my daughter was in high school, she was a rather introverted, musician type who had been pretty badly bullied. One afternoon she came home from school in tears. My heart dropped like a stone thinking “OHNO! What happened, who hurt her”. After a while the tale came out. A girl she knew and liked (not one of her besties by the way, I mean she liked this girl, but was not best friends with her) had come out at school and my daughters friends thought it would be funny to pay out on her being ‘gay’, in that special nasty way teenage girls can do. Instead of worrying about the few friends she had, my daughter stood up for this other girl and pretty much gave her friends a mouthful in regard to bigotry and intolerance.

I felt so bad for her, I knew this would result in quite a few days of that particularly demoralising school sin bin of sitting on your own at lunch, while your former friends and others talk about you as they saunter past :(

On the hand, my daughter has made me proud of her on many occasions due to her hard work, talent, personality & perseverance, but her sheer bravery in doing the ‘right thing’ in the face of bigotry has to be right up there. To this day even relating this story gives me "all the feels" as she would say :)

An awkward, bullied 15 year old girl had more back bone in the face of bigotry than our privileged, successful, wealthy, highly educated Prime Minister?

In the past few years alone there have been many instances where Mr Turnbull just lets things slide:

“...will continue to see murders due to sheer frustration and depression and mental illness caused by this unworkable system.”

Yet what did we hear from our Prime Minister? Nothing!

Peter Hartcher was right about one thing in his piece: “The hate-mongers offer no solutions, only a bleak self-perpetuating cycle of hate, division and violence.”

But quite frankly, when the Leader of your nation is happy to stand by and watch silently, condoning this behaviour from our Political masters, he is normalising the hate mongers, he is telling his MP’s, his Party and more importantly, the citizens of this nation, that hate mongering is acceptable, he is also offering NO solutions.

In fact, it is so astonishing when this Prime Minister actually does stand up for something that media actually have to note and comment on it, one in particular “Malcolm Turnbull slaps down Pauline Hanson over remarks on Vladimir Putin, vaccines” is quite good, though I would argue ‘slaps down’ is a tad strong. Though that could be due to media surprise that the Prime Minister could actually say something negative about Ms Hanson who's votes he desperately needs in the Senate.

It finally takes Pauline Hanson sprouting ant-vaxxer bullshit and excusing Putin’s involvement in the shooting down of MH17 as well did he [Putin], "push the button" for the PM to wag the naughty finger at her.

But don’t worry friends that was only a temporary abberation, he must have been a tad cranky yesterday afternoon when he apparently ‘slapped Pauline down’ as by this morning, the PM was back to his mealy-mouthed platitudes and only answering questions on ‘policy’, not the ‘person’ in response to media questions.

Anyone in any walk of life knows that the ‘tone’ is set by the leadership. When you have a leader who tacitly condones the hatriotism we are seeing in this nation, of course it is going to flourish.

I don’t care if Mr Turnbull speaks eloquently and politely himself. EVERY. SINGLE. TIME. Our Prime Minster stands idly by while members of this – his - Parliament play the hatriot game with impunity, he stands accused. Or as the nuns would have said, he is in fact worse, as he can see the wrong and ‘chooses’ to do nothing about it.

Ms Hanson will most likely only turn out to be a flash in the pan - again - and even if she exceeds her own expectations, will never be leader of this country. Mr Turnbull, in bowing to this hatriotism and showing a total lack of Leadership in the face of it, is doing far more harm to this nation than One Nation could ever do.

My awkward, bullied 15 year old daughter could stand up to, and call out nastiness, why can’t you Prime Minister?