#WhiteRibbonDay: Let’s wake up to ourselves & laud the non-violent “quiet heroes” in society 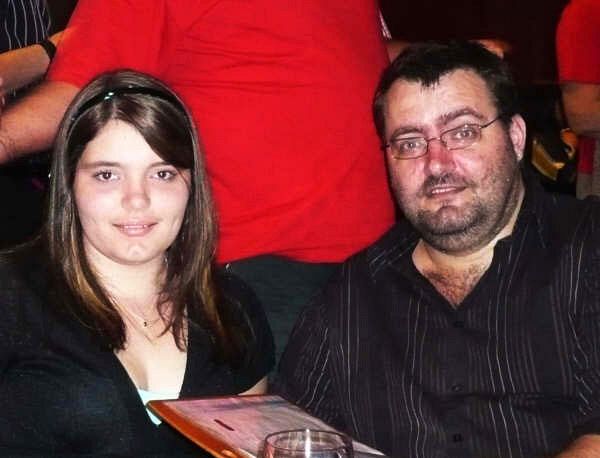 Thankfully my young adult daughter will hopefully never fall prey to a violent man due to the influence of her non-violent father.

To be frank, I personally normally stay off the likes of Twitter on White Ribbon day. The perfectly groomed faces of affluent white politicians pontificating about “real men” and “society’s problem” with  the intense ‘we care’ facial expressions make my teeth grate. The various news organisations then ‘lauding’ these men for their speeches just intensifies my dislike. I sit here seething at the television waiting for them to tell me what they are going to actually ‘do’ about it.

Though even as we saw when PM Turnbull held his presser this morning, it did not take long for the Journo’s to move on to the shiny world problem of Turkey shooting down a Russian Jet. One day of the year FFS! could you all just focus on Domestic Violence? The #TerrorFret will still be there tomorrow, as it was last week and will be again next week SIGH! Could you not do a bit of homework on the current state of DV services nationwide? Ask hard hitting questions about lack of Shelter funding, lack of resourcing for Police to combat, lack of will to enforce law in relation to DV? Hell, as media, vow to end the pathetic “Oh was ‘just’ a domestic...” attitude in reporting DV? At the very least could have hit up the PM to use his power & influence to increase front-line services, as last time I looked, violent partners killed more people in this nation than bloody ISIS?

We've had awareness campaigns for a long time now.Ribbons & pamphlets.Yet the stats for women have never been worse.What's that telling us?

But alas, I just wait another year for another round of sweet words with sweet eff all done about the issue of Domestic Violence.

Don’t get me wrong, I’m sure many of these men do care. Quite frankly, obviously not enough care enough, if they did, it would not have become the crisis it has become. I also think the White Ribbon initiative is a good one as it brings men into the conversation as it should be.

Thankfully my morning of self-gratifying “look at me, I decry Violence Against Women...” style celebrity tweets and breakfast TV pieces  was saved by this wonderful piece of writing by Michael Salter, “White Ribbon Day – Stopping Domestic Violence Means Rethinking Masculinity”. If you have not read it, please do. This was really thought-provoking for me and turned the “real men don’t hit women” theme on its head.

Mr Salter asks:
What does it mean to be a non-violent boy or man in Australia?

Sadly, he is correct to point out that a non-violent male is normally considered "...a ‘wimp’ – or worse, a ‘poofter’." Why is this so? (don't even get me started on how offensive on so many levels the use of the word poofter and in this context is)

Why is a child at school who walks away from a bully told to ‘stand up for himself’ or made to feel a coward for ‘running away & making himself a target’? Why isn’t that child lauded for being a ‘strong’ young man? How about schools including an award for young men (and girls) who have displayed strength of integrity?

I could go on questioning many social norms in regard to this hero worship of violence, particularly in relation to men. I was someone, who, when young and dumb fell thoughtlessly into a relationship with the a-typical First XV bloke, which went to shit of course when he no longer considered himself a "real bloke" and the challenges of “real life” meant his aggression could no longer be channelled onto a Rugby field. Like many others of my kind, it also took me decades to face reality and get over the undeserved shame I felt.

Though having been in that situation, I probably more than many others can say, I honestly love and respect my NON-VIOLENT, calm, softly spoken husband who’s weapon of choice is humour when the shit hits the fan.

My grandfather was similar. Never raised his voice to any of us, always had a smile, was a thoughtful, intelligent man who I adored. He was not a wimp. He fought in World War II FFS! Looking back now, his strength was that he didn’t buy into the post war hero bullshit. He never wanted to discuss war, he went to war to stop the need for future generations to be confronted with it. Now that is a strong man. That is someone who should be lauded as a hero.

I don’t know about you, but thanks to Mr Salter, I will not be grating my teeth today. I will be thinking of all the men in my life, past and present who are ‘real men’. The strong NON-VIOLENT types who hopefully subtly encourage young boys in their social sphere to grow up to be men who will be respected in society for ‘who’ they are and their inner strength to confront adversity and challenges in life without the need to inflict physical or emotional control over others.

It may not solve the issues we face now with Domestic Violence, a lot more needs to be done there, though we ourselves can start changing attitudes in our own backyard. We can start demanding more diversity from media in regard to who they hold up as ‘male role models’. Most importantly we can flick that old fashioned “it is private and none of my business” when we see or hear instances of abuse.

An easy thing we can do today on White Ribbon day is to consider:

Personally I feel my husband with his manner of speech and demeanour volunteering as a mentor at Coder Dojo on a Saturday morning at the local library is a much better – though more subtle – influence on the young boys who attend than the sports person hailed as a hero in the media?

I might be naive, though you never know, one day in the future we might see a Scientist, Artist, Author etc.  regularly splashed all over the front pages of our newspapers instead of an AFL player? It could happen? ;-)

Cheers,
Noely
PS Hopefully some of those Scientists, Artists or Authors I would like to see on the front pages of those newspapers will not necessarily be White or Male ;-)