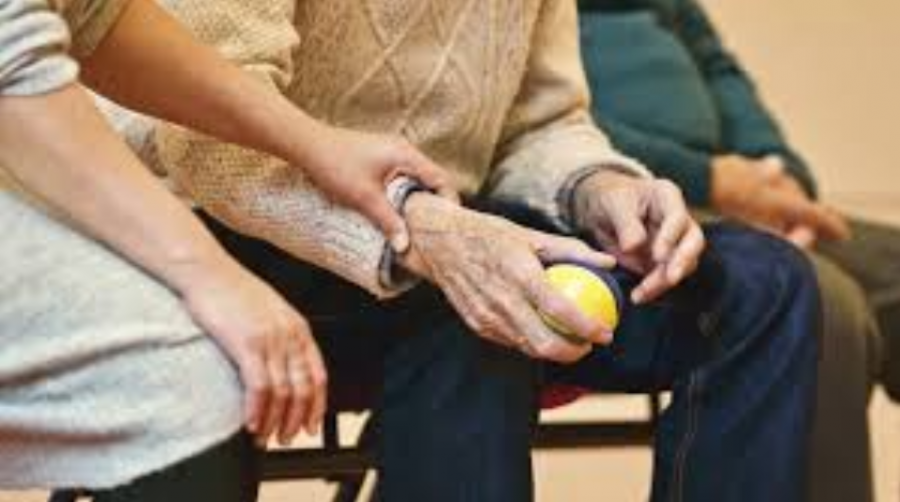 The ALP are not declaring war on Grandma & Grandad!

If you are on social media and pay attention to #Auspol you would think at the moment that the ALP’s Dividend Imputation policy – commonly referred to as franking credits - combined with winding back Negative Gearing tax loophole changes, that there is a war on ‘Senior Australians’ with a "retiree tax".

If you are on social media and pay attention to #Auspol you would think at the moment that the ALP’s Dividend Imputation policy – commonly referred to as franking credits - combined with winding back Negative Gearing tax loophole changes, that there is a war on ‘Senior Australians’ with a "retiree tax".

Earlier in the month we chatted about “The 2019 election will be about “the vibe”, not facts”, ok, well I ranted but I like to think we are having a chat 😉  Well, didn’t take long, here we are with an almighty generational war. The interim PM did try a good old ‘culture’ war which is usually a fan favourite with the conservative side of politics, though sadly for old mate, he sort of cooked his goose with the colonial white pride re-writing of history. Bit hard to build up the rage when people are laughing at you, check out #ThingsCookDid for a giggle. Though he does appear to be having a lot more success with the generational thing.

If you look at some of the headlines in recent days, you would be forgiven for thinking that the ALP are going to be sneaking into every pensioner’s bank account and ripping off their hard earned savings. This has all pretty much been hyped up to assist the Government as this is their hard pressed line. The Government has even trashed normal procedure by spending our money to have feed back sessions around the nation under the very important name of “Parliamentary hearing into plans to scrap refundable franking credits”. Now don’t get me wrong, I think Government should get more feed back on policy before they vote on it and should visit more areas of the nation to hear from people concerned. But…

This is an ALP ‘election’ policy? NOT a Government piece of legislation to be discussed? It is an abuse of process and to be frank, waste of taxpayer funds to be fraudulently campaigning against a ‘potential’ policy when you are still in Government and no election has been called? Just an FYI, just twelve of these meetings cost US – Australian taxpayers – a whopping $160k and there may still be more. I don’t know about you, but I take great offence to paying for the Governments political campaigning.

Ten out of ten for effort though. The likes of Tim Wilson and Scott Morrison have more front than Myer and so far I’ve not seen anyone in the media calling them out about it. So we are seeing scenes like the below on social media and the nightly news on the telly.

And another incredible turnout at the @AboutTheHouse Economics Inquiry into refundable franking credits in the #SunshineCoast. People are particularly angry about @billshortenmp’s #RetirementTax pic.twitter.com/QGNY0QScyI

Of course the likes of the Australian are helping them out with some sweet promos like this front page below and SKY news always ensures they use phrases like “retirees, seniors, pensioners, older Australians”…

We are now at the stage where vibe is very much “ALP are declaring war on Grandma & Grandad”.

It is working too. Just recently listening to local regional radio there was a caller who was seriously upset. Was adamant that the ALP had to be stopped as they were going to “cripple pensioners” even further. The presenter then tried to tease more info out of her, asked if she didn’t mind telling us how much she would lose in ‘franking credits’? This poor dear had no idea what he was talking about. Went on to explain her husband died last year, she was now on a single pension (full) and struggling to pay the rent & expenses on her little house and worried would not be able to save enough money to get the grandkids Christmas gifts next year.

SHE DIDN’T HAVE ANY INVESTMENTS, SHE DIDN’T EVEN KNOW WHAT FRANKING CREDITS WERE!

I kid you not. Just seeing the headlines, listening to the nightly news and chatting with other friends – who were all also scared mind you – she just “knew” that Labor had to be stopped as they were going to take money off old people.

Now this is reprehensible. No-one, particularly not the people who we supposedly trust to run our Government should be scaring elderly Australians like this. Vast segments of media who are enabling this sensationalism can get in the bloody bin too!

Before I go any further… Tax is confusing. Well it is for me and for the vast majority of the population. Probably why those with a heap of money employ specialists to exploit every loophole available so they don’t have to pay much tax, unlike us poorer people who tend to forget to collect those surf life saving tickets during the year, which let’s face it, is about all the low paid earner can actually claim back on tax nowadays.

So suffice to say, I’m not going to go into the in’s and out’s of this particular policy except to say, if you are on a full pension, you will NOT be harmed. The ALP already released a “Pensioner Guarantee” nearly a year ago. Even a timid ABC called the claims of the Morrison Government saying “the plan would hit some of the lowest paid Australians”, Misleading. One of the best explainers about this policy is from the ‘Grattan Institute’ if you really want to understand it better.

You will hear the phrase ‘retiree tax’ a heap if what is being reported so far is any indication. THERE IS NO RETIREE TAX!

Retirees are NOT suddenly being taxed. A tax loophole is being removed.

When the baby bonus was removed. We didn’t suddenly start saying that families were being taxed to have a baby? We didn’t call that a ‘baby tax’.

Same here with this rubbish ‘retiree tax’ which is being yelled by our PM and repeated verbatim by too many complicit in the media – who, since words are their profession, should know better.

To be honest, not a lot the ALP have come out with has really impressed me too much, but this sort of stuff does. We have an aging population and contrary to popular belief where people think they have had these perks ‘forever’, they haven’t, they were middle class welfare handed out by Howard & Costello like candy as vote buying exercises and are just not sustainable and in Australia we have a hell of a lot of them. Yet in the meantime Newstart recipients and many others are struggling below the poverty line, not to mention the rising homelessness in this nation, particularly among older women and Aged Care is screaming for extra support.

I do have some sympathy for those who have saved and quite rightly taken advantage of these tax loopholes, particularly this franking credits one where you can get tax refunded when you didn’t even pay tax, good on them, genius. Though, as all these people would have been told by their Financial Advisers (or should have been): “Tax advantages that may accrue at the present time cannot be guaranteed in the future. Tax laws can & do change over time".

Regardless, a lot of the people who are very upset do not even know what a Franking Credit is, the Government knows this and are cynically exploiting that, almost like a pensioner version of ‘stop the boats’.

‘Scare the elderly’? Yeah… nah… Let’s hope the ALP get into gear and actually explain the policy more and particularly explain who will really be affected. Let’s also hope larger segments of the media also start reporting responsibly, not just “The Government said [insert scary line]”
In a nutshell, if Grandma & Grandad are on pensions or not real well off, well, Bill Shorten is not really sneaking in their window in the dead of night to rip them off ARGH!  If Bill Shorten does take Government he could still be sneaking into Grandads private communications on his iphone if he rings to wish you a happy birthday, thanks to the #AABill that is bipartisan, but rest easy, he will not be sneaking in and grabbing the hard earned stashed under Grandad’s bed though with this policy.

Or put it this way, if he is going to lose out with this policy, well, Grandad is probably on a pretty bloody good wicket, particularly compared to the single retiree on a full age pension who is only getting a nick over $23k a year and should not be scared about something that won’t even affect him by his own government ☹

Below says "attack". So what should be reported?

Woohoo! An 'attack slogan' is successful, go you good thing?