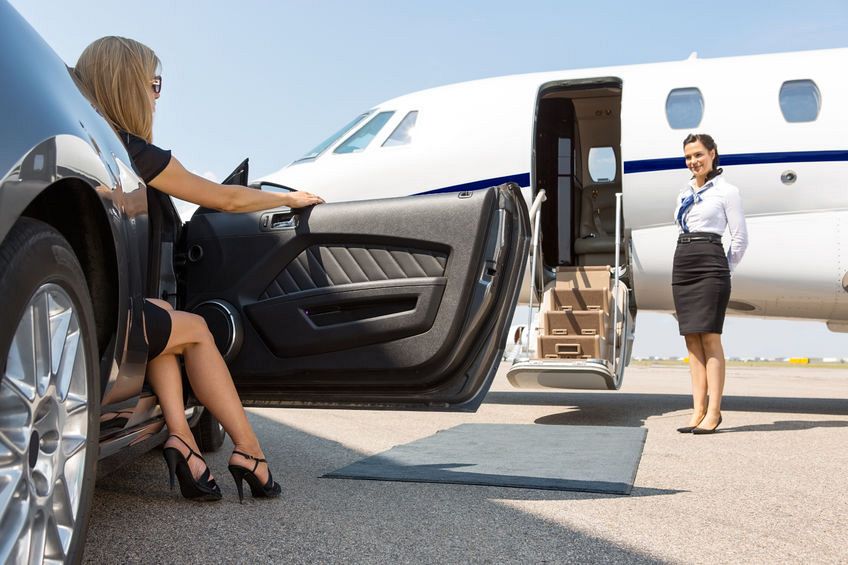 This title needs no description

The Christmas break is time when you get together with family and friends and even though it is normally better to never mention the ‘P’ word, it usually does end up raising its ugly head in one way or other. Besides the rusted ons – of all political flavours – the majority of people, who don’t bat for a particular team tend to think really poorly of our Political representatives. A few backyard BBQ comments:

and my personal favourite:

They are all as bad as each other

I absolutely shudder to think what the turnout of our population would be if we did not have compulsory voting. Hopefully we wouldn’t end up with a megalomaniac reality TV star like the US has. Though knowing us, we would end up with some ridiculous entitled Sports Star who can’t think for themselves without half a dozen minders ensuring he (because it will never be a female star which is an entirely new rant) doesn’t stuff up.

Instead, we have a system that is pretty much sewn up by the two big political parties, each taking turns to run the country with their main priority being their own future survival.

THIS is what really pisses me off as I’ve seen quite a few really good people over the years try to enter politics. You know, the sort who actually have worked in their community, seriously do give a shit about the issues their community faces, have great life experience and would serve their electorate well. But these people don’t stand a chance.  Unless you are seriously wealthy you can’t stand as an Independent. If you stand with a party, unless you are in a swinging seat or mates with a shitload of donors or party powerbrokers you won’t get much assistance from the party. The fact that you could be an outstanding candidate is way down the list as far as the parties are concerned.

Sadly, many community leaders won’t even countenance the thought of a political career as the profession is in such disrepute that the idea of entering that swamp seems it would damage the integrity of the individual and somehow denigrate the work they have done for years. It should not be this way.

Bar the odd MP or Senator who has somehow slipped through the cracks in the party machine, the majority of our elected representatives are either wealthy individuals, solicitors, staffers, union officials or lobbyists. You only have to look at the ‘education’ levels and ‘financial/property portfolios’ of most MP’s to see they are not even close to the average demographic in this nation, yet make decisions that affect the lives of Australians, often to our detriment.

I could name many more examples where too many of our Politicians have no idea of the ‘reality’ of the lives of the people they are supposed to represent. 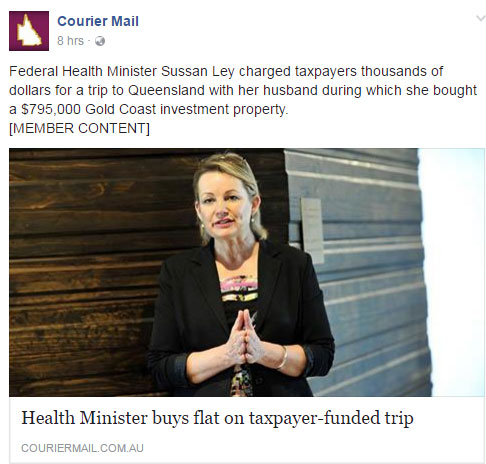 This current drama with Sussan Ley chartering a private jet is just the most recent in a long line of Politicians not taking their ‘public service’ and care of ‘taxpayer funds’ seriously.

In case you missed it. Ms Ley chartered a Private Jet from Canberra to the Gold Coast back in March 2016 at the whopping cost of $12,000 because a commercial flight ‘was deemed not suitable’.

No, the Gold Coast Hospital was not burning down. No, the health system in Queensland had not collapsed requiring her urgent presence. No, Ms Ley was attending a function with the Pharmacy Guild. Yep, a bloody Lobby Group.

It obviously never entered Ms Ley’s head to umm change her schedule so she could hop a Qantas flight? Or maybe Ms Ley could have thought, gee, having a rubbery chicken entree with the Pharmacists really isn’t that important to waste taxpayer funds on, see you next year maybe guys if it fits with my schedule?

Nope, none of the above. Instead, it was considered a ‘ministerial portfolio commitment’.

Oh my... Look at ALL the available flights Canberra to Gold Coast/Gold Coast Canberra!!!! pic.twitter.com/xFcevjZiHk

This sort of excess with taxpayer funds would be crook at the best of times, but at a time when the Government is cutting funding and services left right and centre it is actually obscene. Worse, the rules, which the politicians set themselves make what she did “within the rules”.

The Courier Mail is now reporting that Ms Ley just happened to pick up a nice little Gold Coast fixer upper for $795,000 whilst on taxpayer funded trip as well? Hell, it can happen, I’m sure we have all been on a work trip with our partner and seen that investment property we just couldn’t pass up? Sadly with the culture of modern politics, I’m pretty sure Ms Ley never considered she was doing anything wrong.

The reason Sussan Ley isn’t going to have to justify herself in cabinet is simple: nobody *else* in the room sees anything wrong with it.

I’m not picking on Ms Ley, this is not the first time our Politicians have acted like they are high flying executives of Fortune 500 companies and unless the rules are changed, it won’t be the last. I’m sure some spin doctors will give Mr Turnbull a little heads up that this situation is not playing well in the media so best:
A. Slip some dramatic political story into the News Limited media to deflect & distract.
B. Tell all MP’s to go to ground hoping a cricketers stunning century will make the dumb punters forget.
or
C. Pull out the big guns by shopping around the Security agencies to come up with a scary #TerrorFret press conference.

I could write for pages as to how disconnected from punters the vast majority of our elected representatives are, from unfair Pension and Superannuation rules, to cosy lobbying gigs once they are punted from Parliament.

This shit has to stop. If we don’t want to end up with a heap of representatives in Parliament who are recipients of the “fuck you Canberra” vote – looking at you Pauline – something has to change.

As it stands at the moment, I don’t see the leadership of any of our political parties willing to even face the fact that this is a looming issue, so have no faith they will address it.

If we want better representation reflecting a true democracy we need to start demanding it.

We need to support Journalists – and others -  who actually raise these issues, who bother to read the full pieces of legislation giving punters a heads up as to what dangers there are in potential legislation, or those who actually investigate further. Reward these people with your support and funding via subscriptions if you can, they are bothering to do their homework and actually going past the talking points handed to them by the political parties to flog, often to the detriment of their own careers.

Support the politicians – of all parties – who do the right thing. I know that can be hard for some rusted ons but really, when a politician does poke their head up from behind the parapet to stand for something that is right, well, reward them for breaking the political party Borg norm, they deserve it and it might encourage more to actually think for themselves and put their constituents or just common bloody decency first?

If you are reading this, you are already interested in Politics, so I encourage you to inform and education others. Next time you are at that BBQ and the ‘P’ word is raised, don’t walk away, don’t get angry, try your hardest to actually engage in a conversation about democracy and how important it is. It may be baby steps, but hell, if enough of us do it, we may save ourselves from the likes of Warnie as a future leader ;-)

cheers,
Noely
PS. Hey Mr Malcolm, it is now 2017 Where the bloody hell is my nbn?