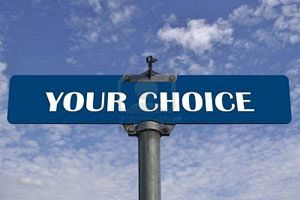 I would love to know when it became accepted that Australia was an extension of New Zealand? When I was younger I used to think the advantages Kiwis have in this country as opposed to other nationalities was really unfair, and still do.

I would love to know when it became accepted that Australia was an extension of New Zealand?  When I was younger I used to think the advantages Kiwis have in this country as opposed to other nationalities was really unfair, and still do.  Having a friend in Hong Kong constantly knocked back for immigration (prior to the Chinese takeover of Hong Kong) who spoke 3 languages fluently and was a court stenographer, so definitely could have gotten a job ASAP and been a productive member of Australian society from arrival seemed harsh.  Particularly when this was at a time when kiwis could get the dole more easily and you had housefuls of young blokes surfing while on the dole (we had one living next to us).  So it really got up my nose that Kiwis got this preferential treatment and they sure as hell did not have a future to be scared of?

Reading the Courier Mail this morning really made my blood boil, particularly some of the comments on “Anti-Discrimination Commissioner warns law change for New Zealanders could create 'second class'”.  Basically, the Government is not allowing “New Zealand citizens who have been living here for years of any right to claim discrimination if they are denied disability support or other government services.”  Seriously?  That has not always been the law?

Don’t get me wrong, I feel for any family that has a disabled child, it is hard and can be heart-wrenching.  What I don’t comprehend is how someone from another country, who is NOT a citizen of this country, feels that they are hard done by because they cannot access all the benefits of this country and can accuse us of discrimination?  If Kiwis had this benefit prior to this law change, isn’t it actually discrimination against every other nationality that is living here as residents or on working visas who don’t have access to that?  Why are Kiwis so special?  Hell, I did not even know that there was a “New Zealander’s Rights Advocate”, but yep, there is.  Mr David Faulkner is suggesting “The amendment runs the risk of infuriating the New Zealand community to the point where we will launch sizeable class actions against the State”.  Yep, Non Citizens are threatening to sue the state of Queensland because they want the same rights as citizens, BUT, without being citizens of Australia?  How does that work?  I don’t know about you, but I find that really insulting!

Oddly, there are comments below the article calling the amendment ‘racist’, not sure how it is racist, worse, it is also ‘apartheid’, again, seriously?, then we have the old chestnut ‘we pay taxes’...  Yep, so do the other nationalities who live here who don’t get the same ‘special’ treatment Kiwis do!  There are people dying in boats to come to this country to have a better life.  Having lived in New Zealand for a few years, I know for a fact there is nothing wrong with the country, (actually rare to meet a kiwi who doesn’t tell you how wonderful NZ is LOL!) there is actually no need for a New Zealander to move to Australia at all?  It is a CHOICE!  With most choices, you accept the consequences of those choices.  Kiwis will whinge that costly and time consuming to become an Australia citizen.  Really?  Hundreds of Thousands of others around the world would be happy to have that cost & time consumption.

Queenslanders are waiting long enough to get any help with a disabled kid and it is only going to get worse, so why the hell should they wait even longer so that a Non-Australian can get that assistance?  New Zealand is not a 3rd world country, it does not have civic unrest, it is not in economic meltdown, so why the hell do you have to move to Australia?  If you do move to Australia, then why the hell do you think that you have the same rights as an Australia, without citizenship?  Australia is a SEPERATE country to New Zealand, not an extension of it and you are a guest here if you choose to live here without becoming an Australian, your taxes are the payment for you being ABLE to be a guest here.  As first stated, It is YOUR CHOICE to be here Bro, and unlike a lot of other nationalities in this world who would like to live here, you actually do have a choice!  Asylum seekers would love your 'poor hard done by kiwi living in Australia' worries?

PS: For anyone who is going to start tossing the ‘you don’t understand’ tag at me...  My Husband was born in Christchurch NZ, he is an Australian citizen.  He laughed watching all the grade 12 kids rushing to get Citizenship in November so they could get HECS at Uni.  He is also disgusted at the ridiculous assertions made by kiwis in this article, a few pearlers for you below...
“If I can’t have the same as other Australians I want to pay less tax”; “maybe all kiwis should take a sick day on the same day that would get the message through”;  “why pick on Kiwis?”; “Nothing but racial marginalization”, Seriously?  All of NZ is a race now?; “We may all pack up and leave. And your precious beautiful country would come to a dead stop.”; “kiwis on average work harder, earn more and pay more tax than your average austalian”, sure, go ahead and insult us, that will endear us to supporting your ‘discrimination’ claim?  The dribble goes on...