Is the “liberal” in Liberal Party of Australia fraudulent? 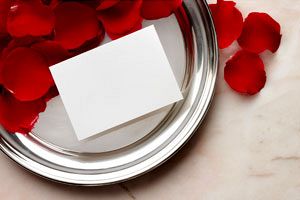 If only the affluent and right wing conservatives benefit from the Liberal Party of Australia being in Government, isn't it sort of false advertising to use the word "liberal" in their party name?

When I was young I would see something I thought was unfair, have a rant about it  (obviously have not changed over the years)  and my dad would mutter under his breath“bloody bleeding heart liberal”.  As a youngster I never really knew what that meant, though I did get the gist that my dad thought I was being soft.

Reading the news about the highly anticipated or dreaded - depending on how you feel about the future of Queensland – Costello report yesterday afternoon, it is pretty clear that the state I love is about to be parcelled up & sold to the highest bidder.  In a nutshell Mr Costello is telling his liberal mate Mr Campbell Newman to “Sell assets and outsource health services”.  So where does that leave the people?  I am pretty sure I know, though Kay Rollison has expressed my concerns very well in her recent article: “Privatisation: Coming to Public Schools and Hospitals Near You”.   Ms Rollison basically infers that the LNP Qld Government is setting the blueprint for what an Abbott Federal Government is planning to do to the country as a whole.  I have a terrible feeling she may be right and again I ask, what about the people?  The people who can’t afford private schools, the people who can’t afford a private hospital, the people who are already struggling to pay their ever increasing electricity bill, are we destined to a future of the rich being wealthier, healthier & educated, whilst the less affluent become poorer, die waiting for a hospital bed & more ignorant due to poor public education standards?

Is this what a so-called “Liberal” party should be doing, lets see how the party so proud of their "Liberal Party Values" stack up against the definition of the word 'liberal'?

Being an old fashioned sort of girl, I hit the dictionary for definition of liberal and you know what...  The political party we call the “Liberals” do not seem to fit the definition that the trusty old Oxford Dictionary shows me.  Let’s see...

willing to respect or accept behaviour or opinions different from one’s own – I don’t think so, the demonization of Asylum Seekers alone is not liberal by definition.  Recent comments by Morrison & Abetz display exactly how ‘accepting’ the liberal party are – personally I would prefer to be warned that one Morrison or Abetz was living next to me than an asylum seeker trying to start a new life with their family.  (their words and views)

open to new ideas – Gee that is a funny one, pretty sure that the LGBT Australian’s are pretty sure that there will be no gay marriage under a liberal government, in fact, dialling back Civil Unions was on the top of the LNP Qld Govt list when they rocked into power last year...

favourable to or respectful of individual rights and freedoms – Well if Mr Abbott has his way, women definitely do not have reproductive rights or freedoms?  Now get back in that kitchen & make your husbands dinner, unless of course you work for or are related to Mr Abbott, then of course that is ok, you are obviously one of the ‘good’ women...

(in a political context) favouring individual liberty, free trade, and moderate political and social reform – Free Trade I will give them, hell, they will sell anything for a buck to the highest bidder, on Economy & Industrial Relations being the focus of why they should be elected.  Social reform, not so much, in fact, hitting the poorest with lowering the tax threshold & and whatever Mr Abbott renames ‘Work Choices’,  is not exactly socially caring or responsible, unless of course they are using the term “social reform” literally and the reform is to make the poor poorer?

Theology regarding many traditional beliefs as dispensable, invalidated by modern thought, or liable to change.  Oh I am sitting here laughing again...  Climate Change Denial, no further explanation needed on that one.  Plenty of cash for chaplains in schools, don’t worry if the kid can’t afford lunch, they have a chaplain to understand how desperate their life is.  But have to ensure that we stay white & Christian, so get that indoctrination in young UGH!

(of education) concerned with broadening a person’s general knowledge and experience, rather than with technical or professional training -  Ahhh my personal favourite.  Well common education reform is ‘Gone-ski’ if Mr Abbott wins power, so again, maybe the Libs are only using this definition to broaden the ‘general knowledge’ of the rich, as they are the only ones who will be able to afford a quality education for their kids.  I won’t even start on how much money the previous Lib Govt ripped out of Universities.

(especially of an interpretation of a law) broadly construed or understood; not strictly literal – This may be the only part of the definition of liberal that this party truly subscribes to, they are very liberal with legalities, little things like it being OK for a liberal candidate to steal pages from a MP's diary, Not declare pecuniary interests and my personal favourite, the use of the term “Illegal” for asylum seekers.

given, used, or occurring in generous amounts – I suppose they would get a 50% mark on this one, as we can see in Qld, the LNP are very generous to their donors, quite a few are getting nice outsourcing contracts.  Though pretty sure taking away the School kids bonus from families already struggling is not exactly generous?  Though, as long as your rich you will still get your extra on Super & Private Medical, oh and don’t let me forget the extra for your private school, so apologies, the liberals are very generous, as long as you are already affluent.  The rest of the population...  yeah, sorry, stiff bikkies, no generosity for you.

Last but not least...  a person of liberal views – The fact that Mr Abbott has backed what Morrison & Abetz have said wipes this one out and the fact that the charming “Cory Bernardi”, is still in the Senate (resigned as parliamentary secretary, but still has a job?) clearly illustrates Mr Abbotts liberals do not fit this part of the liberal definition...

Now maths is not my strong point, but looking at the definition of ‘liberal” in my old mate oxford, I don’t think the Liberal Party of Australia even fit 25% of that definition?  So I guess my question to you friends is...  If you only subscribe liberal views to those that can afford to pay for the privilege, are you “liberal”?   Is the naming of this party maybe false advertising & fraudulent?

Then again, I am just a punter, let me know what you think?  Maybe you have some other examples for me, toss them below in the comments if you do :)
Cheers
Noely @YaThinkN