Hello? Remember me? The Voter? 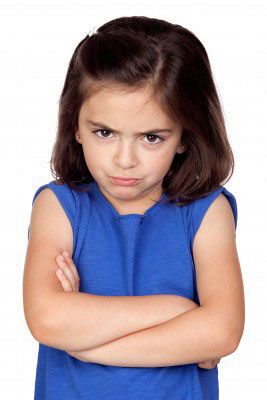 Considering every citizen in this country has the right to vote, we should be proud that we can have a say in how our country and state is governed, but in reality that is not the case.  Can anyone be really proud of our leaders and state of government at the moment?   Federally it is embarrassing.  The opposition has spent more time trying to trash the PM than actually worrying about their constituents and their needs.  The PM has not exactly covered herself in glory either, particularly in regard to social legislation and the like.  My focus today though is the Queensland Government, the shambles that is our Federal Government is just to big a can of worms to open when it comes to the idea of democracy in action, so when it comes to representation and responsible wielding of power, the current Queensland Government takes the cake.

I very clearly remember learning about ‘democracy’ back in the day when Ancient History was a subject widely taught.  Simply put, you could not have everyone yelling at the same time, so we have the ‘group’ picking one person to represent them and their collective interests.  That makes sense, means the people are represented.  Political Parties as such did not exist.  Certain ‘representatives’ would often join with other ‘representatives’ for the odd vote as they had a common interest.  Some of these evolved into more established Parties as such, though, still were very fluid depending on ‘what’ was being voted on.  Then again, if you did vote ‘against’ something that would help your area, you were likely to have a shortened life span if you dared to go back home and face the angry villagers, a crude way of keeping your ‘representative’ honest LOL!  But obviously effective!

What has been happening in Queensland in recent months could do with a bit of ‘ancient’ political monitoring.  The vast majority of our MP’s have forgotten why they even put their hand up for politics in the first place.  When the Premier demanded that each MP give an oath of Loyalty to him, that was a serious kick in the teeth to Democracy.  Every MP regardless of Party should have his ‘loyalty’ to his electorate, the party, and leader of that party, should be secondary?  We have also seen an awful lot of legislation, often passed at night (I won't even start on sorry saga of camera's not allowed into state parliament, hurting the public by punishing the media UGH!).  From my uneducated view, most of it has been purely self-serving, to give more power to the Majority Party, no real benefit to the electorate at all, in fact, in some cases actually hurts the sorry punters.  The changing of the term “Front Line Services”; the late-night changing of the public servants rights, (a lot of people don’t realise that, in a nutshell, they had extra job security as a trade-off for not having the basic civic right the rest of us have of slagging off at the Government);  there have been many many others and it would be wonderful if some Journo could actually document the first period of this Governments legislation?

Last night was truly disappointing.  At least Federally they did attempt some legislation that 'may' help the punter in future, but in our State, we had the last minute legislation to ensure that further defectors who joined Katter (or maybe a party that Clive Palmer sets up) not be accorded ‘party’ status.  What is the point in that?  Is an MP disagreeing with the Government really such a threat that instead of using the Parliamentary time productively they have to spend it tightening their grip on the state?  This is just the latest in ‘self-serving’ legislation, not legislation to benefit the people of Queensland at large.  What truly saddens me is that I know that some of the MP’s in this government are really decent people.  I know my State Member is a good bloke, he has even helped us with advice when we had a councillor issue, has also helped many in this area by putting up petitions and the like, particularly when he was in opposition, so I don’t understand how there can be ‘good’ people who care about their community not doing the ‘ethical’ thing?  This is the crux of the 'party' issue, sadly, we are so entrenched in the whole idea of party politics that MP’s are forgiven when they toe the party-line.  I know in my area when the Civil unions were changed to suit Newman, not a popular decision, this electorate is very pro-gay, yet our MP is forgiven for not standing against Newman as “Well, he really couldn’t do anything could he?”  Actually yes he could, he could have crossed the floor representing the majority wishes of his electorate.  But, we are all understanding that if he did that, he would be publicly crucified by the party, dumped, and probably have no funding to be re-elected to keep representing his area, an apalling catch-22 situation.

This is the crux of the problem, we as punters have been so indoctrinated in this whole party politics rubbish, that we expect less of our MP’s and actually ‘understand’ when they don’t represent ‘our’ majority view if it conflicts with the party?   Seriously, what is so wrong with not being on the same page as your leader on every single issue?  We are a very diverse state, there should be nothing wrong with not always voting with your party if you are representing your electorate?  You only have to look at the short political history of this country, Political Parties come and go, merge, morph into different entities, the only constant is the MP representing his/her electorate.  It is time for the punter to stop buying into this stupid Holden vs Ford type of politics that is pushed by polling in Newspapers, it is also time for the punter to actually expect the MP to be ‘ethical’ and stand up for their electorate.  If that means voting against your own political party, then so be it, you should not be punished by the party by being put in the corner and having your toys taken away just because you had a different opinion, that is not democracy!  If you decide that too many decisions being made by your party don't reflect the views in your electorate and choose to change to a party that is more in line with what your electorate thinks, then so be it, you should not be punished for that.  Hopper is right to defect if he feels his electorate is not being served by the LNP as it deserves, I would say that a lot of the Katter Party views are more in line with the Condamine electorate then Liberal Party policy, because less face it, the Liberals are running Queensland now and the Nationals are there for back-up, Sir Joh Bjelke-Petersen would be turning in his grave...

In fact, it should not matter your ‘political party’, ‘personal beliefs’, ‘religion’ or ‘race’ when it comes to voting on legislation, your priority should ALWAYS be the electorate you represent, they are your bosses, not any men in grey suits?   I remember a boss once telling me years ago that I was not paid to have a ‘personal opinion’, I was paid to do my job.  Maybe this is what we need to remind all our MP’s?   They are answerable to us FIRST, not their party and we have to stop being so forgiving when they give in to the party instead of us.

Here's hoping a lot of our reps go home for their Christmas breaks and get a reminder why they are in Parliement in the first place and 'who' they are representing :)
Cheers
Noely