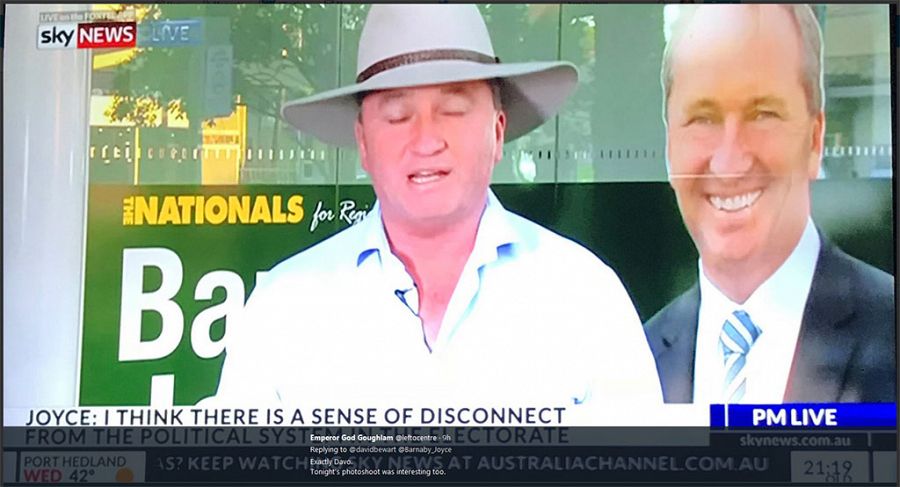 Hey Current Affair, Daily Telegraph and any other tabloids interested, have I got a front page scoop for you? Forget dole bludgers, this is welfare bludging on steroids. I'll give you the teaser, then, howz about you go and do the rest of the work huh?

I've heard there is this bloke, wealthy in his own right, who has been part of a taxpayer funded scheme since 2005 illegally?
He got the gig fraudulently, but has received taxpayer funds all this time?
In fact, he is still being paid by the taxpayer?
Not only did he falsely sign a declaration, he did it more than once!
When asked about whether he was legit for the job he laughed it off?
THEN when finally forced to fess up, he kept his high paying gig?
No suspension while it was investigated at all?

It had to go to the High Court AND the taxpayer paid for that defence too?
THEN when the High Court - unanimously - declared this bloke should never have been eligible to benefit from this scheme.

BUT there was no consequences?

No paying back the squillions earned fraudulently
Reminder: This is taxpayer millions & millions of dollars
No Community Service
No Jail or suspended sentence
Nope, this bloke, gets to apply to put his snout back in the trough?
AND the taxpayer is funding his entry back onto that gravy train?

Seriously dudes, this could be the scoop of the century? Imagine the front pages? I mean, this has to be largest Welfare scam in History!?

and... if that does not whet your appetite, I've got a feeling the Government helped cover this up, remember when we had that close call with declaring war on New Zealand? yeah...

In fact... The Government could be covering up other massive welfare cheats too?

Punters have called for an audit of everyone in this particular taxpayer funded scheme, but they are refusing to do so?

REFUSING! What is the Government hiding?

Look, I don't want to tell you how to do your jobs, but I've seen you feature welfare bludgers before? I've seen the outrage you have displayed on punters behalf when people have taken the piss out of taxpayer funds? I've watched on as peak hysteria in media resulted in Government bowing to Royal Commissions, dismantling of failed initiatives or dodgy schemes that are ripping off taxpayers?

Surely you don't want to miss this scoop? Could give you endless front pages demanding this dodgy taxpayer scheme be thoroughly audited and the welfare cheats be prosecuted or at the very least suspended from participating in this scheme for a period of time?

I know this might be a hard one for you to investigate, the conspiracy is massive. The Government has hung out the 'business as usual' sign and closing ranks to protect these people from any consequences from their fraudulent access to this scheme and you might have to side swipe your Press Gallery mates who would normally give you tip offs, as they seem to be limiting the fall out of this scheme. Though, to be fair, could be a tinge of Stockholm Syndrome there where they are so used to this 'business as usual' they can't see how much of a rip off this particular taxpayer funded scheme is and how it is being abused by people in power and their mates?

But cmon guys, do us punters a favour, rip open the wound and shut this shit down!

Cheers from a concerned taxpayer,
Noely
PS. If you guys are worried about shining a light on 'important' people and institutions, don't stress. The latest Roy Morgan look at 'ethics and honesty' in professions puts these dodgy bastards at 16%, so reckon punters will be happy to see you push for them to actually show some ETHICS & HONESTY with an audit of this dodgy taxpayer scheme ;-)

Government: fudged your citizenship? keep all your money, it's cool

S.44 has become a test of intelligence & competence. If politicians can't pursue 'due diligence', they don't deserve to be a politician.