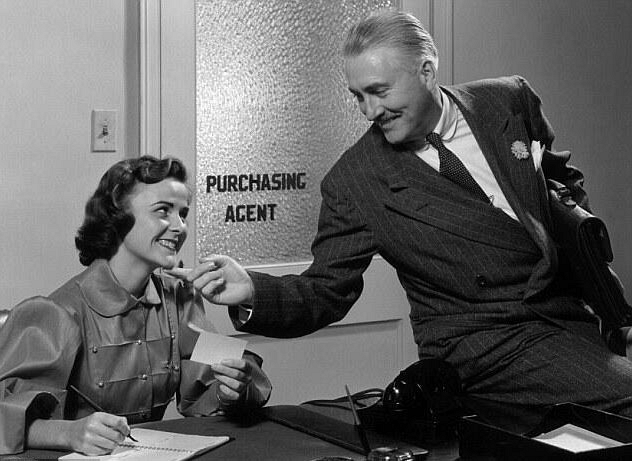 WTF! Tony Abbott is your BOSS Ms Scott, not your friend!

I am really busy at work at the moment & was going to let #SexAppeal go, thinking that others would step in & fill the void on the TV Stations & Newspapers as obviously they are corporate environments so very well aware of what is acceptable behaviour & what is not. Many did, though not enough, particularly on TV, but still, I am busy in real life so was thinking, well if the rest of the country doesn’t care, no use me raising my blood pressure over it. Until this afternoon!

I am really busy at work at the moment & was going to let #SexAppeal go, thinking that others would step in & fill the void on the TV Stations & Newspapers as obviously (being the corporate environments they are) they are very well aware of what is acceptable behaviour & what is not.  Many did, though not enough, particularly on TV, but still, I am busy in real life so was thinking, well if the rest of the country doesn’t care, no use me raising my blood pressure over it.  Until this afternoon!

I was horrified to see this article in the "Brisbane Times"  (then repeated on TV News channels) with the following quote from Ms Scott in relation to the comment Mr Abbott made on her “sex appeal”:

WTF!  They are not friends.  They may have been friends before she ran this campaign but they are no longer friends.  In reality, Mr Abbott is her BOSS and Ms Scott is a subordinate!

I won’t even start on the sort of person who thinks that being described as having Sex Appeal in the national media is ‘charming’...

Now I have worked in a few large corporations and have been happy to see the rise of Human Resources – OK that is a lie, sometimes they are a pain in the butt, but are a necessary evil – and one of the benefits of HR is that at the end of a corporate life I was not treated the same as at the beginning.

Let me tell you a story of a younger woman...
Back in the day (I’m 45 now) I worked for a rather large overseas corporation and we had all the big boys coming in for a very special meeting.  Now, there were 4 of us in the same position, 2 girls, 2 guys and all undertook the same responsibilities.  Just prior to the head honcho’s arriving as we are having our department heads meeting, another department’s manager turned to us, looking at just myself & the other female and said “Girls, loosening another button would be good, a bit of sex appeal will put them in a more amenable mood”.

Now, being younger I looked at my older female co-worker for direction.  She had a look on her face that could melt stone, turned on her heel, called to me & the others and off we went, not another word spoken.  At the end of the shindig, she then asked if I could come into work tomorrow morning at 9am (my day off) and we would visit Human Resources together.  I was tired, didn’t think too much of it, as I said, was a lot younger and had been working overseas, where, let’s face it, a bit more cleavage got you bigger tips, sadly.

The next morning, whilst waiting for my co-worker, the Manager of my department came out of his office, asking what I was doing in at head office on my day off.  Not thinking too much of it still, I relayed what happened last night and how I thought that my co-worker was maybe wanting to make a complaint about the other department head.  Well...  My own department head was not a happy camper hearing what happened.  Had his PA phone the HR Department Head saying he wanted a meeting 9am, no excuses.  When my co-worker came in, all three of us trotted off to HR.  I have to admit, I was feeling decidedly uncomfortable, particularly when you are younger you don’t want to make waves, or maybe hurt any further advancement, particularly when you are in a position that you feel that you are lucky to have at your age anyhow, so if I could, would have backed out big time.  A mistake many women make :(

Anyhow, it was not really that excruciating,  we answered some questions, signed some forms, more time in fact was taken up with our own manager being feral about his “professional staff being disrespected”, which I do admit at the time, sort of thrilled me that he cared that much.  I went home, secure in the fact my job was OK.

Two days later I come back into work to find that the Department Head in question had been sacked, golden parachute of course, but still sacked, as it seemed that this was the second time a situation of a sexist nature had happened.  Obviously it was the talk of the organisation and I learned a lot about Human Resources, Work Place Rights, Women’s Rights and more during that time.  Now I am older, have worked in other large professional companies and except for the odd dinosaur who has learned to temper his behaviour (though you know it is there simmering underneath), have not come across that sort of sexism again.

The reason why everyday sexism is not as acceptable as it was back in the day, is because CEO’s and large corporations actually led from example.  Companies like mine actually sacked top Managers who did not abide by basic respect for both sexes.  This is where I am upset and angry about the pass that Mr Abbott has received in this situation.

As Opposition Leader and in a few weeks time, maybe the Prime Minister of this country, the standard he shows and accepts sets the tone for the rest of the country.  In the situation where this #Sex Appeal happened, he was Ms Scott’s boss.

I dare any person in this country who has ever worked in a corporate environment to tell me when it would be acceptable for the CEO of the corporation to introduce a new manager, at a media conference or something of similar importance, as a “Wonderful gal with great Sex Appeal”?  Seriously?  A male with that sort of attitude would never have made it to CEO nowadays.

What offends me more is the sheer ambition of Ms Scott to publicly state all is good.  Ms Scott is of a particular age and has worked in business, no way in hell is that good for your boss to introduce you to others like that. EVER.  And...  Ms Scott would know that!

Mr Abbott may be flogging his rolled gold PPL policy for the lovely corporate ladies all over Australia and they will be thanking him for it.  Though ladies, I would like to remind you now, should you start to get asked to "loosen the top of that silk blouse a tad more to make the visiting investors more amenable", you have Mr Abbott to thank for that grubby devalued feeling you have in the pit of your stomach, hell don't look at your male co-workers either, they will most likely be smirking.  Mr Abbott has set the tone and lowered the bar for “men” in charge all over this country, worse, he is a serial offender who looks like being rewarded for his efforts.

But don't worry, any crappy demeaning effort towards women is ok, because, well, Mr Abbott has is daughters with him, all good!! REALLY??... "Tony Abbot's secret weapon in Australia election: his two daughters"

20 Aug 2013 - Robyn 'threatened' to write about this yesterday morning and I am glad she did.  Her experience was different, but similar, to mine: "Sex Appeal in Politics" and Robyn has a really good idea to remind everyone we have to stand against this.  "I encourage anyone, male or female, who has an incident of sexual harassment in the workplace to relate – write about it. Share what happens in the real world and maybe some of these people who prefer to ignore the realities might see reason." (@TeamOyeniyi)

20 Aug 2013 - Bettsie wrote a heartfelt piece: "OK. Time to use my gender card!" as someone who works with women who have 'stood by their man' and paid dearly for it she sees where sexism can lead for some women and the result can be dramatic and heart-breaking.  Suggest you read to see a different side of where women without power can end up.
"The murder victim was a young mother who had endured horrendous domestic violence before her death. She was found stuffed in the boot of her burnt out car." (@bettsie2u)

Cheers
Noely
PS. Shame on the News Channels for not calling this out as wrong, for not having the heads of Human Resource companies on your political shows telling you and the rest of the nation what is wrong with that statement, you helped set back Boss Employee respect years :(

NOTE: Top graphic found by the very witty @craigjack36 who describes himself as "Grumpy & Gay at the Same Time" on Twitter, don't believe him, is a sweetheart, not grumpy at all, though definately gay ;-)

Thank you Lenore Taylore "Tony Abbott's 'pretty face' remark: this language must now be a strategy" - Still not good but at least being questioned?