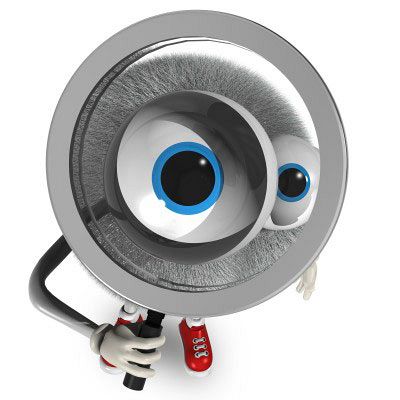 Where is the #Ashbygate Outrage?

The day after Gillard’s (now famous) 'misogyny' speech I woke up thinking I was in the twilight zone. Everyone I knew was amazed or affected in some way, yet, the morning news and papers barely referred to it, instead focussing on Slipper resigning? I was seriously, WTF?

The day after Gillard’s (now famous) 'misogyny' speech I woke up thinking I was in the twilight zone.  Everyone I knew was amazed or affected in some way, yet, the morning news and papers barely referred to it, instead focussing on Slipper resigning?  I was seriously, WTF?  Thankfully over the next few days the so-called ‘serious’ media commentators were basically shamed into at least acknowledging it (even if in some terribly conservative white male stances) by social media and overseas media.  This whole #Ashbygate (as it is referred to on twitter) episode is a major déjà vu, the only difference is, not only am I am in the twilight zone, I am outraged!

Yes, Slipper had some repulsively juvenile texts, though of course without the “abuse of the process of the Court” (Justice Rares words, not mine, see “full judgement here” we, the public, would not even have been aware of the sexists texts, BUT, in reality the texts have now not been found to be illegal, just ‘vulgar’.  To be perfectly honest, the texts reek more of a man suffering a mid-life crisis trying to impress the perceived cool kid on the block, not so much aggressive sexism.  Regardless, it is not a good look, though am sure there are worse out there in MP land if we grabbed all their texts for the last 5 years?  What outrages me is the fact that a few people through their actions decided they would try to change the face of our democratically elected landscape.

Peter Slipper may be useless as an MP, hell, he may even just be clueless, who cares.  He is the democratically elected member for Fisher, the party he bats for is irrelevant, our voting system is such that we vote for people, regardless of their political flavour.  Therefore, how dare the likes of Ashby, Brough, Doane (and others named in the judgment) misuse our legal system for “purpose of causing significant public, reputational and political damage to Mr Slipper... and advancing the interests of the Liberal National Party.” (again see full Judgment above).   Yes we have an unusual set-up in Parliament, which many in the media thought would have crashed & burned by now, and every single member voting with the Government matters, so I can only assume that the Libs who assisted Mr Ashby seriously did hope that not only would they make the Government look silly, ditching Slipper for Brough, but the bonus could have been the toppling of the Government as well due to lack of numbers?  Sort of the like the civilised 1st world version of a Government coup?

The fact that the mainstream media are not reporting this is shocking.  The mastheads should be screaming “Conspiracy to sink Government” or other such hyped up sensational headlines, you know, the ones that we saw in their hundreds while they were hounding Slipper, nit picking and analysing every tiny twist & turn in the saga which brought us to the judgement yesterday.  Instead, the silence has been deafening, very little has been said or written, and a lot of what is written is in a seriously bizairre context, some have even had the gall to say “Mal Brough the real victim of Peter Slipper judgment”, I kid you not!  There are others along a similar vein.

My only hope is that all the good Journos are not on holidays yet and a few will see reason (as they belatedly did with the Gillard smackdown) and get onto reporting this, putting the whole cast of characters that brought us to this point under the microscope.  Asking some hard questions of the LNP?  Finding out exactly who paid for what in this fiasco? Who in Government was aware of this?  Who had spoken with Ashby?  Basically anyone in sniffing distance of this stink should be questioned.  I want to know the ducks nuts of the whole sorry saga.  You have all had a field day dissecting the decades old AWU drama, well, show some balanced reporting and get down to the molecules of #Ashbygate!  You never know, you might actually remind some that we live in a democracy and with knowledge comes power.  I am begging you, it is your job to give us punters that knowledge, please do it in a balanced way and restore some faith in the main stream media.

Slipper may or may not be a slimy ineffective dill, but like the others in Parliament we don’t like, WE the public voted these ineffective dills in and WE will vote the ineffective dills out.  That is our democratic right which should never be allowed to be subverted by the Machiavellian manoeuvrings of a few individuals to advance their own political aspirations.

Keeping an Eye on the Mainstream media
Very good questions: 15 December, 2012 When did Watergate come off the front page?
First decent Mainstream Media article: 14 December, 2012 Ashby case a shocking spectacle
One site that is not backwards: 14 December, 2012 Abbott implicated in Ashby conspiracy by (10 hours of bullsh)IT
Astute: 13 December, Slipper Conspiracy A Coalition Win
December 2012 - Graham Perrett MP, the Federal Member for Moreton has now referred this to the Australian Federal Police, hopefully further action will be taken though not holding my breathe as even this letter was not really reported by the media :(
See full letter here "Re Conspiracy against Peter Slipper and Potential Commission of Criminal Offences"
10 Jan 2012 - @margokingston1 and her research into the dodgy dealings finally gets a mention in http://www.sbs.com.au/news/article/1725870 (unfortunately removed now) PLUS in Sky News "Questions over Slipper car refund offer"

18 Jan 2012 - FINALLY A mainstream paper actually has an article questioning the lack of attention.  Kudos to Mr Richard Ackland with this "Surely the Coalition smell hasn't evaporated" we can only hope he has shamed a few more journos into actually doing their jobs?

Excellent example of lack of balance below:


PS. There is a petition that has been set up, please sign it if like me, you are a pissed off punter who does not want to live in a banana republic and wants to get to the bottom of this issue:
Attorney General, Parliament House, Canberra.: Inquiry into people involved with James Ashby acting against Peter Slipper