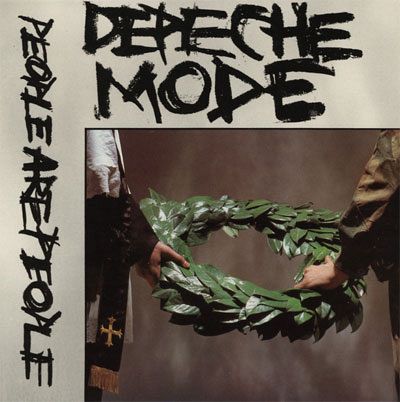 We should not give a rats about Gay rights!

This morning on Twitter a heap of people were re-tweeting this section of Obama’s public Inauguration address: "Our journey is not complete until our gay brothers and sisters are treated like anyone else under the law". So many were excited that Obama, head honcho of the most powerful nation in the world deigned to acknowledge them. You know what? I just found it really sad and depressing.

Read further before you yell at me :)

This morning on Twitter a heap of people were re-tweeting this section of Obama’s public Inauguration address:  "Our journey is not complete until our gay brothers and sisters are treated like anyone else under the law".  So many were excited that Obama, head honcho of the most powerful nation in the world deigned to acknowledge them.  You know what?  I just found it really sad and depressing.

Don’t get me wrong, with the discrimination that Gays face in so many forms, I can understand the elation in their legal equality being acknowledged, what I despise with a passion is the actual need for it!  Seriously, our civilisation is the most educated it has ever been in history?  We can put a man on the moon, rover on Mars, nanotechnology in medical procedures, BUT we can’t just accept another human being as a human being?  With ALL human beings having the same rights?

Discrimination really peeves me full stop.  I don’t like it in any way shape or form.  I do understand to a certain degree when it comes to race or religion as people tend to be scared of what they don’t understand, comprehend or can't relate to.  As we all become more educated and the world get’s smaller this ‘fear’ is slowly receding which is a good a thing.  In the case of gays, they are discriminated against ‘everywhere’ all over the world, it is a discrimination that crosses national & cultural borders and this is what I fail to understand.

One of the proudest moments I have had as a mum is when my daughter came home from school one day, really upset with a fight at school.  Let me explain... my daughter was bullied, had a very small limited group of friends and was not very outgoing at all.  A few of her friends paid out on a girl that she was only ‘acquainted with’ from one particular class they had together, because she had ‘come out’ as gay at school.  My daughter went off at her friends for being unfair and narrow-minded, consequently condemning herself to sitting on her own at lunch for quite a few days into the future.  I was really proud, told her that standing up for gay rights was important and she could look herself in the mirror with dignity.  She then looked at me as if I had two heads and said... “Who cares if she is gay, she is a nice person and shy so they should not have treated her like that, as it would have taken guts to do what she did”.  This is why I am proud.  My daughter was not standing up for a ‘gay’ person,  she was standing up for a nice, shy, PERSON!  I might not have been a mum's mum of the bikkie making variety, but obviously I got one thing right.

I remember back in the day in high school listening to Depeche Mode’s “People are People” and self righteously thinking, there won’t be songs like that when I grow up, our generation is not as petty and narrow-minded, we are  smarter than that...  What saddens and frustrates me is that over 2 decades later, we still can’t just treat people as people and that song is still relevant.

I know it is simplistic, though doesn’t mean I can’t wish for it.  I aspire to the day when marriage really is just 2 PEOPLE who love each other and want to announce it to the world and share that special commitment with their friends & family, doesn’t matter if you are gay or not, you usually have an uncle that will get drunk at the wedding & try to get everyone else up dancing.  I aspire to the day when statements like President Obama’s are not necessary.  I aspire to the day when no-one is discussing an exemption for faith-based organisations to not employ gays (and so-called ‘sinners’).  I aspire to the day when we like a person just because we ‘like’ them or dislike them because they annoy us, their sexual preference is totally irrelevant and not even part of the equation.   Naive I know, though if my daughter can “think" that way, what is stopping others?  You don’t have to be gay or have an affiliation to any LGBT organisation to stand up and demand that all PEOPLE be treated equally.

I aspire to a day when we accept that we as human beings have ‘grown up’ and 'evolved' enough to have true equality and don’t give a rats arsee about LGBT issues because they are NOT an issue!

Cheers :)
Noely  @YaThinkN
For the record: I am not affiliated with any LGBT organisation, I am not a Lesbian, some of my family, friends & acquaintances are LGBT, some are not, then again, some are blonde, brunette, overweight, religious, non-religious, basically, I don’t care less...  You are a decent ‘person’ or not?
Link to 'People are People' lyrics in case you have forgotten.