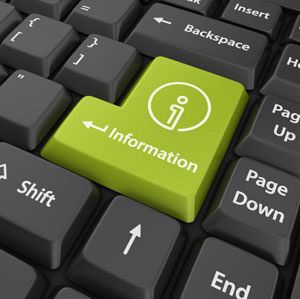 Not sure how many of you watch Q & A on the ABC, but it is a pretty good show and always gets you thinking... This week they had an interesting panel as always, though what got my back up, was the final discussion point, being commentary on the Internet.

Not sure how many of you watch Q & A on the ABC, but it is a pretty good show and always gets you thinking... This week they had an interesting panel as always, though what got my back up, was the final discussion point, being commentary on the Internet. It was basically assumed by all on the panel, that anything said or written on the internet was done so irresponsibly, you couldn't believe it, and the anonymous nature of people who write means it is not valid.

In many cases this is true, but not always, and I take exception to the Q & A panels assertion of information on the internet being dodgy. Personally I think the average Joe Public is a lot smarter than that. Yes, it is a lot easier now for the masses to 'Have A Say', though do you really think that the average person thinks what he sees on Facebook is gospel? You often see doctors on TV saying don't research your malady on the Internet, the information is not correct (and often that is true), then they go on to point you in the direction of the Cancer Council site or the likes?

Basically a lot of info on the likes of Facebook and other social networking sites (not all of it, some interest sites are very good), is 'gossip', and is just a more technical form of the chatty clique at school, or the chat with the neighbor over the back fence. People who blindly believe what-ever they see on these sorts of sites, are the same people who believe what they heard from the half-tanked group at the pub, so really, not much has changed, just the delivery of the information. Gossip has been around forever and always will be and to blame the internet for that as the reason why it is 'Bad', is really pretty soft. There is a lot of good information on the internet and if you subscribe to some pretty simple rules, you will not get mislead, ripped off, or ill-informed. I have my own little set of parameters that I call the 'Dodgy Site Spotter', I could be missing a few on that one, so if you have any extras, just let me know and I will update my list. If you are 'new' to the Internet, maybe have a look at that list.

Every article in the 'News' area of our site is attributed to either a person or organisation. Even this editorial I do, is clearly stated that it is an 'editorial', it is my daggy opinion, with of course the disclaimer that the company is not responsible for my opinion LOL! We are very upfront about the fact that we are not journalists, and not interested in heading down that track, all we do is put up the releases, in full and unedited without any 'spin' on them, as we respect that our visitors have the right to know exactly whatever the person or organisation in question had to say. If they don't like what is written, they can go directly to the source (person or organisation) and disagree, or the flipside, they may be happy to see the full information, as the 'snippet' they had seen or heard didn't really give them the full story?

Of course having said that, some things uploaded almost make you gag, they are either really self-serving or a seriously biased view of a particular interest group, and even as they are being uploaded you are sitting at the computer seriously wishing that the spam filter caught a particular article and you never saw it, so in good conscience didn't have to put it up. BUT, unlike traditional media, we do not have a lack of space or time, therefore ALL information is uploaded, we don't 'decide' what we think is 'News' and then 'tell you' what is 'important'. People are used to having more information now, which is probably why online news is becoming more popular.

Many people no longer just get their local paper as their news source, they may have up to 5 or more different news sites that they look at, as that is convenient for them and they get a 'variety' of news which they can't get in their local paper. The public is also becoming more educated and as this recent federal election showed if you read a variety of publications online, it soon becomes very clear that each paper depending on its' owner has a very clear agenda as to who they want in government. Before the internet you would never have realised that, no-one was ordering every paper in the country at their local newsagent, so you readily believed what was written in your paper was fair and unbiased 'news'.

As mentioned earlier, this editorial is the only place where we have an opinion, and when I say 'we', I mean, 'me', as the others in the office like to dodge that bullet LOL! Of course there is no way in hell we are representing this editorial as anything but what it is, a middle aged mum who lives & works on the Sunshine Coast having an 'opinion' piece online, or editorial, as I personally like to help people think about 'stuff' and learn more about the Internet. Anyone who has been with us since 2002 would not have to be Einstein to know that LOL!. Basically yes there is some dodgy info on the net and people really need to educate themselves about it. We can all clearly tell the difference between a Woman's Magazine and a serious School Text book, so apply the same objective theory to the Internet, you will find that you actually can find good information that will be really helpful to you just by using some commonsense :)