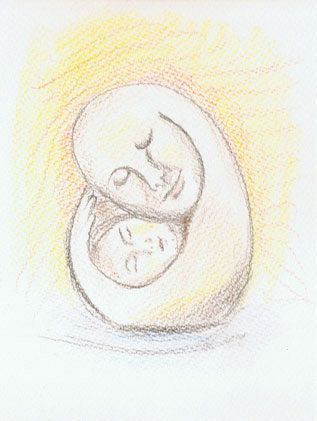 I had already started to write about Family Violence before I became aware of the decision of the NSW State government to put Women’s Refuge services out to tender. This decision seems frighteningly irresponsible when the nature of the work done is considered. We have already seen how inadequately trained Salvation Army employees were placed in an untenable situation on Manus Island.

I had already started to write about Family Violence before I became aware of the decision of the NSW State government to put Women’s Refuge services out to tender.  This decision seems frighteningly irresponsible when the nature of the work done is considered.  We have already seen how inadequately trained Salvation Army employees were placed in an untenable situation on Manus Island.  Women’s Refuges developed because feminists decided to address the failures of both State and Federal governments of the day to provide for vulnerable women and children forced to flee violent dangerous relationships.  At the time Elsie was established the only place they could go was temporary shelter at “a Salvation Army facility which provided a bed for the night but banned traumatised families from residing there during the day, and provided no health, legal or social services.  Most women ended up returning to their violent partners.”  It’s extraordinary that a State government wants to return to a similar model of service provision that failed in the 1970’s.  Women fleeing family violence need specialised and experienced workers to assist them and their children to overcome the trauma, and rebuild their lives.  All outsourcing I’ve ever seen has promised greater efficiency (value for $) and better service provision.  I’ve yet to see one example where this promise has been lived up to; whether with household utilities, water supply, and public transport.  Women and children’s lives are at stake, and to put the quality of these services at risk will be a travesty.

The other major issue with tendering out family violence services is that these types of tenders can only go to big charities, who have the manpower and organisational structure to meet the government’s terms.  In Australia, this means religious groups.  In a secular, multicultural society, this is completely unacceptable.  Access to services will be compromised for those who don’t wish to engage in ‘pastoral’ care.  I have worked for a not for profit faith-based NGO, and it horrifies me to think that such an organisation will be handed management of family violence facilities.  They are exempt from Anti-Discrimination laws in relation to employment, and managers are almost exclusively male.  The fundamental principle of Women’s Refuges as safe havens where men are not allowed entry will be ignored if outsourcing goes ahead.  Traumatised women such as ‘Polly’, an interviewee at Elsie, say there’s no way she would feel comfortable with men staying at, or running, the refuge: “I wouldn’t be here if men were running it”.  Polly took weeks to trust the workers at Elsie and could only disclose she’d been raped by her partner after weeks of counselling.

Finally, on the issue of tendering: Women’s Refuges to my knowledge are currently run by Committees of Management and there is full financial accountability.  Unlike corporate Not for Profit organisations, there is no huge bureaucracy with multiple levels of management sucking up precious government funds.  Once outsourced, tender documents and Contracts with NGOs become subject to financial in-confidence, and the current level of accountability will be lost.  Given the vital nature of the service provided, and the absolute vulnerability of women and children escaping family violence, how can this be justified?  We are currently witnessing a period of rapidly decreasing accountability by governments for actions of contracted service providers.  We only have to look to the running of detention centres, behaviour of security contractors and the Salvation Army refugee support service to see this growing deficiency and secretive service operations.

I could go on about how I see this as another example of a trend to attack anything that hints of feminism, since Women’s Refuges are almost unique in that they’ve been established and successfully run by women for 40 years.  I could say it’s just another example of neo-liberal ideology promoting small government by letting private organisations provide services, but it would still be taxpayers’ dollars being distributed.  I could suggest that this may be the result of lobbying by powerful groups who wish to take women’s only services, and turn them into non-gendered hostels, because it’s New South Wales.  Whatever the reasoning, it makes no sense, and it will cost us all dearly.  I can only hope this plan is abandoned, because the lives of women and children are too important.

So, what can we do?  Firstly, I think we should try to imagine what it would feel like to be desperate for a safe haven, with children to care for, only to be told there's nowhere to go.  I'd like to encourage everyone who reads this to write to their local MP requesting a review of this decision.  We can all do something small that adds up to make a noise.  A letter to the Editor of both local and mainstream newspapers.  Talk to your friends.  Tweet, or share your concerns on FB or whatever social media platform you use.  But please don't remain silent.