Trust me, I do Volunteer ‘Stuff’ 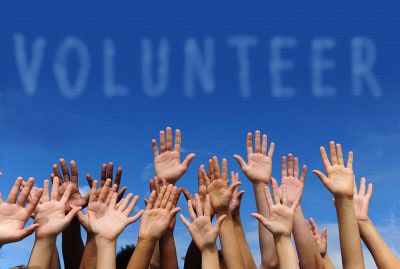 Yesterday I read a very good article by Jennifer Wilson “Let’s talk about trust”, how both Prime Minister Rudd and Opposition Leader Tony Abbott are both trying to pull the “Trust me, No! Trust me more...” ploy.  In fact, considering how stage managed, PR massaged & focus group studied political campaigns are now, it would be pretty bloody hard to even know what either bloke was really like, before you can even attempt to make a judgement call on ‘Trust’.

It did get me thinking though about perceptions.  We Australian’s are funny people, in general, if certain ‘traits’ are displayed in a person, it will make us think more kindly towards.  I am sure everyone knows someone who is rather unlikeable or abrasive, BUT, he told me he volunteers at the local Lifeline, so, obviously can’t be too bad a bloke.  I have always found this forgiveness for charity to be really odd.

I went to an all girls Catholic School.  At our school we had Pastoral Care every week and even though the tasks changed depending on your year or class, the basis was always the same, it was us girls trotting out into the community to help those ‘less well off then ourselves’.  Now it was not such a bad thing, as the community volunteering was all sorts of things from visiting the old people home to chat with them to spending a few hours helping to exercise a local young boy with cerebral palsy.  A lot of the girls at school would not have been aware of any of these needs in the community without the programme.  The flipside was that many movers & shakers knew that the more ‘volunteer’ work they did, the better the chances of Leadership roles at school which will be better for you in your career.  Cynical I know, but true, no School Captain would ever get the gig without the nuns ticking off the ‘Selfless Service to the Community this shining light of our school has done’ (queue endless platitudes)...  Basically, the ambitious knew the mileage to be gained from 'charity' work.

Now I know this will sound cynical, though in my 45 years I have rarely met many truly selfless people.  Even if your reasons for Volunteering or giving to Charity are good, there is still normally a selfish reason to do so, even if it is at base level just because it makes YOU feel good.  Now I am not being sanctimonious here, I do it myself.  We heavily support our local Hospice, the main reason being that my died dad awfully in a Hospital & we didn’t have any other option to make his death and our experience any better, hence when a few months after his death a few local palliative care nurses proposed setting up a charity to build a hospice, well, in the words of a friend, “I was onto that like a seagull on a hot chip”.  The fact that we now have a Hospice and I know that there are families out there that will not have to go through the same experience my family did, makes me feel good.

Point is, there are many reasons for Volunteering & Charity work, there are also many types of Volunteers and I think in my work I have met most of them.  You get the big business  with the photo in the paper handing over the big cheque to a charity, great PR spin, and to be cynical, nice tax write off.  But hey, the charity gets the big cheque, regardless of how self-serving the reason is.  By the way, if for some odd chance any business is reading this, our Hospice would love a big cheque, hint hint...

You also get the types who do it for ‘profile’.  These ones really peeve me.  I often see the high profile, wonderful brave, [insert more wonderful accolades] person who does “so much for our community”.  Hmm looks great, point is, they have the time and the end game is to look good and raise your public profile higher.  I have worked with a few of these, they always get time off work to do their “Public Service” (the boss looks like a prick if he says no), and of course when they come back to work it is expected that all bow to how wonderful they are.  Fact is, they did that 'work' [insert favourite pursuit of cycling, running, whatever...] on the bosses dime, so it didn’t cost them anything, in fact, in some cases if equipment was used, the boss or rest of staff are asked to chip in & pay for that.

So let’s see, didn’t give up any of their own time, or any of their own cash, had fun doing it, don't have any personal connection to the cause at all, but gee they are bloody good! Kudo's HUH?

Now I know many volunteers.  The most selfless volunteers I know would be horrified if I named them and said what they did.  The idea that they ‘big-note’ about their charity work is anathema.  These are people who will give up one week of their holiday a year to go & help a community, going out west, begging boss for week off to help in floods etc.   These sorts of people will drive 100’s of kilometres in their own car picking up 2nd hand good for the charity never considering asking for petrol money, would in fact be offended, or donate it back to the charity if it was offered. I could give many examples of people who give up their time, money and effort to help others for no thanks whatsoever.

Yet perversely these people I just described rarely get any credit for what they do.  If they are lucky they get a photo in the local paper for 20 years of service to Meals on Wheels or a Senior Citizens award from the local pollie in their twilight years.  Alternatively, the show pony who ‘trades’ on the volunteer/good works status is lauded by the public, get all the PR and a higher profile, when it fact, it has really cost them very little, besides maybe a tad discomfort should they be forced to hang out in a lower socio-economic demographic for a while?

Don’t get me wrong, the high profile personality can really assist a charity, the likes of the work that Jessica Rowe does for Mental Health (and many many others) & helping to raise that profile is priceless in the very sense of the word.  I would never suggest due to her personal relationship with Mental Illness that it is a cynical ploy on her behalf, though that is the difference, there is a personal connection.

Any publicist of worth always tells, and in many cases organises for a would-be celebrity or politician to attach themselves to a ‘cause’.  Surely deep down we all know that, so why do we forgive so much in a person’s personality if they can publicly tick off the ‘good works’ box?  If we are going to talk about ‘trust’ then I would rather trust the mum of 3 who juggles a family & a part-time job but still has time to coach Netball than any politician.

Call me cynical, but in my experience, any high profile person that is supposedly doing ‘good work’ whilst a camera is around, or a press release issued after the fact, not doing it in their own holiday time & not paying for it themselves is NOT doing ‘good work’, they are doing Public Relations and it should be treated as such.  It doesn’t make you more ‘Trustworthy’, it just makes you an opportunist and if people actually thought it through, it is an offensive to the ‘cause’ that you are ‘using’ to increase your profile at their expense.  Sadly there are a number of politicians at the moment who remind me a lot of those same ambitious girls in high school who 'volunteered' and let you know it about to to ensure they got that 'Head Girl' gig :(

Noely
PS. I was serious above, a Hospice is not cute & cuddly like being associated with a kids charity or similar, so any kind corporate out there that honestly wants to help a good charity that gets NO Government funding at all, give them a yell ;-)

NOTE:  "Abbott, the Truth and Cost of his Indigenous Volunteering"  Posted by 1deadlynation 13 Aug 2013 is very illuminating in regard to Mr Abbott's volunteering in Indigenous communities