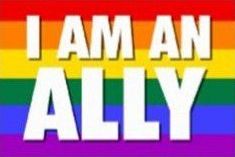 #TheyGetToVote makes you uncomfortable? So it bloody should!

One of the hardest things to cop with the this dodgy divisive survey the Government has inflicted upon the nation is the faux balance we constantly see. “Both sides be respectful”, “Respect other opinions”, blah blah. The other aspect that infuriates me is the phenomena, given credence by too many in media, that No advocates are ‘victims’ being ‘bullied’ just for expressing an opinion.

One of the hardest things to cop with the this dodgy divisive survey the Government has inflicted upon the nation is the faux balance we constantly see. “Both sides be respectful”, “Respect other opinions”, blah blah. The other aspect that infuriates me is the phenomena, given credence by too many in media, that No advocates are ‘victims’ being ‘bullied’ just for expressing an opinion.  Yeah, sorry, no you are not a victim! If you are going to discriminate and let’s face it, not wanting to afford someone the same right you currently enjoy, is discrimination, you are going to be called out for it.  Somehow, being called bigots or homophobes is now considered hateful ‘name calling’? I won’t even start on how most who are decrying this are also free speech warriors ARGH!

bigotry: stubborn and complete intolerance of any creed, belief, or opinion that differs from one's own
homophobia: unreasoning fear of or antipathy toward homosexuals and homosexuality

If your words or actions resemble the descriptions above, well, shock horror, you are a Bigot or Homophobe, at least be honest and own it, don’t act like a victim.

Now that I have that off my chest, I KNOW that calling it out and fuming about Lyle and his lies might give me a sugar hit of satisfaction against the the nastiness, it won't actually help. You won't change their vote. By all means, call them out, but don't waste your energy on them.

Let’s get to the heart of the matter. We are faced with this odious survey, nothing we can do about that as our Prime Minister decided it was a valid life choice to throw vulnerable people under the boss. Honestly this just to placate a few dinosaurs in his own bloody party, to keep his job. Yep, all this heart ache and harm so one privileged tosser could protect his own job. A job he is not actually doing anything worthwhile in mind you, so not even a greater good result UGH!

The LGBTIQ community can’t win this on their own. The fact they are having to even justify their right to have the same rights as others is beyond the pale. The fact they have to accept that the very same people who have victimised them over the years get to have a say on their rights – why the #TheyGetToVote hash tag is so important – is like being victimised all over again.

Let’s look at this another way. Do we think our elected representatives and media would be so ‘understanding of the other sides opinion’ if we were looking at other victimised segments of society like child sex abuse victims or one punch attack victims? We wouldn’t.
Yet the LGBTIQ community who have been both physical and emotional victims are expected to be respectful of their abusers and ask politely for the same rights their abusers currently enjoy?

This is wrong on so many levels, so if you care about human rights, justice, hell, just have one decent bone in your body with an ounce of empathy, it is up to ‘allies’ to help shoulder that burden and do some heavy lifting. 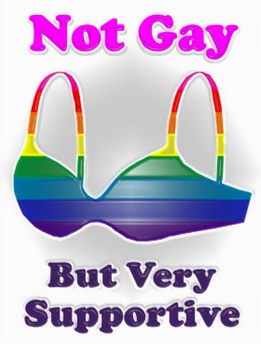 Obviously we all vote YES

Talk to people around you, at work, at BBQ’s, wherever the opportunity arises.
As much as we would like to just write someone off as a bigot, don’t. Talk to them, try to find out where they are coming from and once you understand that reason from there. You may not change their mind, but give it a red hot go. I’ve found many who think they don’t know or are not affected by a ‘gay issue’ so won’t bother voting, you can swing these people.

What about the Kiddies?!

For starters, gay people already have kids, changing the marriage act won’t change that one iota. I’ve also ranted about this in the past and there are heaps of suggestions on that old piece to combat this line of thought.

The kiddies who really matter are the kids of LGBTIQ couples who unfortunately are having their families being scrutinised, lies told about them, some are too young to understand why other mums or teachers are looking at them ‘funny’. It is heartbreaking, give them (and their parents) support where you can.

I don’t know any Gay people, it is none of my business

They probably do. Suggest that their GP, Hairdresser, bloke at supermarket, local cop, you name it, is most likely gay, they just don’t know it? Sort of like reds under the beds, but more gays in your backyard 😉 Many of these people then reconsider when they think that they ‘could’ actually know some gays, they are nice people, best make an effort to vote yes & mail that form off to help them.

Marriage is a ‘Sacred Site’

I won’ even start on the history of marriage as a transaction, let’s just address the religious belief being pushed by some. Agree that marriage is important, it is the foundation of family. As a lovely, very old, very Conservative, very Catholic woman said to me:

“Those gay people make me uncomfortable, but I worry about their kiddies. They are being raised by a couple living in sin. Best they be joined in the sacrament of marriage as that will be better for the children to be raised in a proper family”.

So was slavery, women not having their own money, Indigenous people being considered Flora & Fauna, children working in mines, the list goes on… There are many so-called ‘traditions’ that are no longer practiced and the world did not end.

I spoke with an elderly, religious, Polynesian woman about this. She was not going to vote no, as knew a few gay people and “didn’t think they were bad people”, but, would not vote yes. Knowing her father was Polynesian but her Mother was White, I asked her:

She then went on to tell me of the discrimination her parents had told her about that they experienced as a couple in the 1940’s, how hard life was for them, how she admired them. We had a lovely talk. At the end of our chat she decided that yes, she would not like loving parents who were trying to raise a family to subjected to the same treatment her parents received and she would vote Yes. Better yet, she seemed to have seen the light and was going to encourage her whole extended family to do same. Bonus!

The ’replace’ with strategy can be used with many, depending on their background. Just take the time to listen to who these ‘on the fence’ people are and you will find a replacement that they can relate to. Mixed Race, Mixed Religion, Different Social Levels or Castes, hell, if want to go for the low blow, replace same sex with “Catholic” or “Jewish” as the idea that a religious person would not be considered eligible to the same rights as other (as has happened in history) is abhorrent to most.

If you have a small business, consider talking to your staff about coming up with a way to support the Yes vote, it is inclusive AND you may actually find you do have a staff member who has been in the closet and will be relieved to find out you are supportive of them. Not to mention, any initiative is always better if supported by all involved, even if it is just registering your business & displaying your logo on www.australianmarriageequality.org as you don’t know who might see that logo, press release or little sign on the register counter and be swayed or just start a conversation. Our business did, we live in a blue ribbon LNP area where I know our MP will vote NO regardless of the survey result and didn’t cop much flack, so give it a go 😊

If you have loved ones in the LGBTIQ community, you are already familiar with many of these  tragic stories being shared, give them a virtual hug, they need the support.

For many though, they are not familiar, they don’t understand why this stupid survey matters so much. Retweet these tales of victimisation, you don’t know which recollection will trigger empathy or be relatable to someone who might not have bothered to get off their butt and send that Yes vote back to the ABS?

Guerrilla tactics for the shy types

Not every is effusive or chatty, Not everyone is in the position to attend a march and physically support. Not everyone is out and about in the wider community. Many on social media in particular are limited in their local reach due to physical isolation or disability with Social Media being the window to the world. Don’t feel impotent, you can help is many quiet, subtle ways that are not confronting, yet all these little things add up and help:

I’m sure I have missed heaps of other proactive actions that allies can do to help sway the Yes vote cause, please, feel free to suggest more in the comments below, relating your experience of success can only help others. ALSO, if you know of good Mental Health or LGBTIQ support services you would recommend donating to, please, toss them in the comment below too so we can all share further afield to encourage support and donations.

At the very least, even doing some of these small things can help show support for a segment of our society that are really struggling at the moment. Don't believe the minimalisation of mental health effects this survey is inflicting that that too many segments of the media are writing off as hyperbole, MANY are being pushed too far and we can’t hug them all but we can show we have their backs and they are not alone at the very least.

9 siblings plus partners were invited into christmas family photo and I, only gay partner, was told to stand aside. #TheyGetToVote

Regardless of your social demographic, most could relate to the above and it is only a taste of the discrimination LGBTIQ face throughout their lifetimes.