THERE CAN BE ONLY ONE, reality tv show... 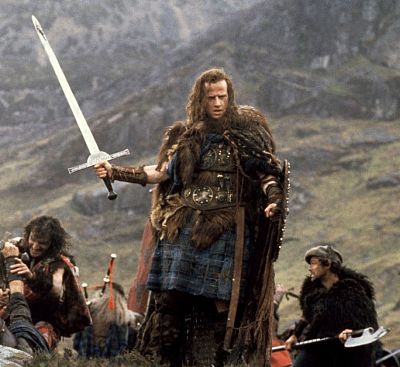 THERE CAN BE ONLY ONE

Skimming past “The Block (Eagles shit from high in the sky) Series” the other night got me thinking that this is all seems so repetitive. Not picking on that show, or at least not that show more than any other reality tv show, but they are all the same.

Yes I understand that this is far from breaking news for anyone. Although the amount of scripting, editing and manipulation of contestants and viewers (via emotion) might be to some. Clearly I don't buy into the fact that an ignorant untalented hack who looks pretty/handsome, and who's uncle/daddy's cousin/sister's next door neighbours horse just died in their arms after a recent heroin overdose whilst overcoming a mild case of the flu, could/deserves to win.

Contrived much! Yes of course (that was an explanation mark, as I don't know what symbol represents a rhetorical question).

Each contestant has had (or needs to invent) some shocking fact from their past to pour out their soul on camera to get the viewer emotionally invested.

Shocking news just in. Everyone has had some shit times in the past, it happens to the best of us. It's called life, although most of us share these events with close friends for fear of becoming the crazy cat person (or worse *) if we tell complete strangers.

Anyway... Lets look back at a time when Luke finally killed his Daddy, Greed was good (although still illegal), Vampires and Werewolves were bad and killed people, and who could forget the most blatant product placement of all time with Stay Puft Marshmallows.

There is a forgotten classic amongst these and it happens to be the granddaddy to all modern Reality TV.

HIGHLANDER, yes the one with the immortal Scotsman who has a French accent and his Spanish mate with the Scottish accent. Hear(read) me out, there are some facts (I use that term loosely) coming.

Well first up you need to ensure you have a kick ass sound track. Does it get any better than having the rock gods Queen do your sound track! Take that “pop music of the month” Reality TV shows, Queen are eternal it just doesn't get better.

To keep the pace going you need some great editing between scenes. A transition to some people showering in the nude(OMG I generally shower in a suit and tie) or some shitty steady cam shopping, fishing, driving, building is lame, just lame in comparison to a fish tank sinking down the screen to become a loch. What about flowing up through the carpark of Madison Square garden to 1500's Scotland. In fact all the transitions were beautiful in that movie (visuals and audio). Now yes, some reality shows have taken these ideas on board and have great sweeping vistas, close ups, and quick action cuts of the like to rival Highlander, but then, they are only paying homage of course.

So with the technical side of things out of the way, the plot or game. Highlander is a little like watching Dr Who, so for the few people who never saw this masterpiece, I will pretend it is in chronological order so that you can truly appreciate it's greatness. (sorry spoilers)

HIGHLANDER:Back story, MacLeod (our first contestant) is a happy guy with friends and family. As the show starts of course he is a little confused as to what is going on and nobody likes him any more and his friends drive him out of home.

Reality TV: All contestants start out a little unsure of what they are doing, and don't really know why they put themselves into this position. Its very different on that side of the camera. Some wonder why the hell did I let myself get talked into this, where are my friends.

HIGHLANDER: Our lead man meets another contestant, Ramirez (Connery) they make friends and start talking about the end game, the prize“THERE CAN BE ONLY ONE”.

Reality TV: The contestants start to make friends with each other, some plotting of course for the downfall of others, they all want to be there for the “experience only”. By experience of course I am referring to the bloody prize as“THERE CAN BE ONLY ONE”.

HIGHLANDER: We meet more contestants, intruders so to speak and one of them shakes up the competition and things go pear shaped. The bloody Kurgan kills a contestant (or dozens, or hundreds) and inflicts emotional pain on MacLeod setting up future drama.

Reality TV: Intruders, late comers, call them what you want, they add drama and emotional division to a group of strangers pretending to be friends. Even when there are no intruders there is always that bitch and/or bastard who is just intent on making others fail so they can win.

HIGHLANDER: A little fast forwarding in time, more contestants arrive and some loose their heads and are gone quicker than a Harvey Norman ad. Leading up to the final we catch up with old contestants of course (Kastagir) to reminisce before the end game.

Reality TV: Endless repetition of the same scenario, this contestant is amazing at....... gone. Voted off by an unrelenting public who don't want nice, they want blood. As the Queen of Hearts says “Off with their heads”, and they all disappear until the final when we line up all contestants and basically say“THERE CAN ONLY BE ONE”.

HIGHLANDER:Amazing final show, there is tension, a love story developed, a bloody sword fight and even some special effects (wow what a light show) and finally WE HAVE THE ONE (no, not Neo) THE HIGHLANDER.

Reality TV: Oh my god, it is finally over. Someone has won something, there are lots of smiles and in between the ads for some future drivel it just kind of, well ends. If you are lucky there will be smiles a new car, some balloons, drinks, even some streamers if there is any production budget left. Reality TV really needs to pick up their act for final shows. If there was some sword fighting a lot more people would watch.

So there you have it. Conclusive proof that all modern Reality TV is paying homage too, or just pirating like Australian's with G.O.T. a forgotten classic, the HIGHLANDER.

If you are still not convinced just think back to the firsts. The first Big Brother / MKR / B&tG, Idol etc... all rated very well. Subsequent series just started to reek with “a smell that will outlast religion^”. I implore you NOT to hunt down the sequels to Highlander (Movies or TV show) they are so bad as to make watching re-runs of "Geek truckers survive deadly backyard, while my brother sings in the kitchen" worth while.


* What is worse than the crazy cat person
^ Not my line its from “Kenny”, an Australian movie so most have probably never seen it, shame on you all.