The Youth of today are 'Terrible'! 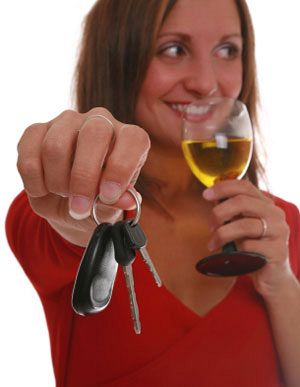 Recently it has been all over the news about drink driving, previous to that it was raising the legal age of drinking to 21, and if you believe the news, and some of the dodgy stats it is all the problem of our youth! Now, don't get me wrong, obviously when it comes to going out clubbing etc, under 25's are going to be the majority here, but it seems to me that younger people seem to be an easier target?

Our top cop has come out with his "Road toll: Drivers may face alcohol limit as low as zero" and of course a heap of the bloggers are again blaming younger people? Personally the only people I know of who have either had a run in with the law (or skated close to it) in regard to drink driving were over 40 & 50 years of age? I am sure there will be some stupid young ones out there doing it, but I would really like to know what percentage they are of the actual people caught drink driving AND when brought back to a per capita of drivers on the road, what the actual 'real' statistic is?

Same with the upping the age limit on drinking? Why should you have to wait until you are 21? If you want an age limit then it should be one over the whole board. At the moment, over 12 you pay an adult price on a flight, over 14 you pay tax if you work part-time (more on that...), you get a license at 17, you vote at 18, the list goes on. It depends on what the scenario is as to what a younger person has to pay or is allowed to do? I love seeing all these people on blogs with the standard "young kids are not responsible", "youth of today expects everything handed to them", "dodgy P-platers on the road", and you know what is funny, at the age of 41, I still remember those comments in relation to my generation as teenagers? I am sure if many of these bloggers were honest with themselves and thought back, they would also remember similar comments? Going back through history, everything that seems to be wrong in society has always been blamed on younger generations?

The above are actually serious issues that should be addressed and debated, there is way too much avoidable carnage on our roads, but I sometimes wonder if our pollies and other leaders target younger groups as they have no lobby, or special interest groups to defend them, and therefore are not alienating the older population but still getting their message out there? It seems to me that most of the news articles in relation to some idiots getting caught again & again for drink driving are invariably older? You only need to read the daily today "'Never let him back in a car'", about the idiot who is on his 19th charge this week for drink driving? Not sure how old he is, but man, if you look at the picture of him, he is no spring chook? How about actually just really enforcing the law? Or even making the law harsher? Let's say for a first offence, this is my idea... I am sure that the average citizen would be mortified to have to do say, 30 days community service, plus have to report to police every day (like a parole), plus only being allowed to drive to and from work? Imagine how embarrassing that would be to your mates, boss, and the cramp it would put in your lifestyle? Let's say for a second offence, (so you should know better this time), it is actually jail time? Third offence, lose your licence, say 20 years, and stiff bikkies how you earn a living? Some in the office here think that is harsh, but hey, in some states in the US you can get the death sentence if you kill someone while drink driving as it is considered murder?

I am not saying all kids are wonderful citizens, but then again, neither is the rest of the population. Last weekend we were at MusicFest (thanks to the Maroochy RSL for continuing to support this, it is great), and the 3 schools that competed in the final were of a really high standard, that only comes from serious hard work, and serious hours of practice, something that seems terribly 'responsible' to me. Our trainee is another example, he just got his license and wouldn't start his car until his mates had their seatbelt on, AND, what is even more encouraging, is that when some idiot mates wanted him to do burn-outs in his car he told them to nick off! Unlike a lot of bloggers comments about "Lazy Youth", Sam is leaving school in a few weeks and can't wait to start full-time with us and work on his Cert 4 in IT, after already completing a Cert 3 whilst still at school! Maybe we are lucky and just seem to be around smart, responsible kids with bright futures? Either way, I think they deserve to be given a fair go. If the age limit is to be raised, fine, raise it to 21, BUT, make everything that! Drinking, Driving, Voting, Going to War, and Paying Tax! I still remember being a kid and wondering why I had to lose so much of my pay to the government, but could not vote and have a say on how that tax was spent, not very democratic? You can go into the Defence force at 17? Hello? Why should someone who can't even vote maybe put themselves in danger?

As I said above, maybe there should be raised age limits, though they should be consistent, same with reporting on the all the dramas 'kids' cause. These are our future generation of business owners, political leaders and more, and I wish the media and pollies would give them a chance, and have a bit of balanced reporting in regard to what is actually occurring out there? Not just going for the easy target. Basically a "grub is a grub", regardless of age or race, so target the 'idiots on the road', 'the criminals', 'the drink drivers' etc., just don't infer it is always some younger generations fault. If we keep labeling our younger generation as useless, they might actually become that :)

If you know of any young responsible adults, give them a fair go, we want a bright future, not a 'nanny state'.