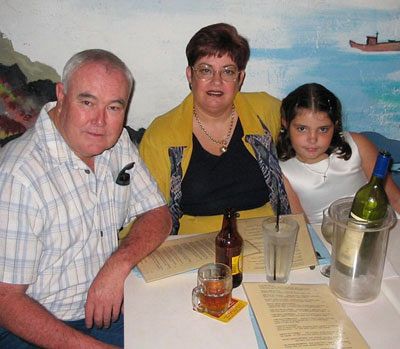 I am not ashamed that I won’t vote Liberal, or in my case as I am in Wide Bay, their bosom buddies the Nationals, as obviously I can vote for whoever the hell I like. My shame is my ‘reasoning’ for taking the Liberals out of the running.

I am not ashamed that I won’t vote Liberal, or in my case as I am in Wide Bay, their bosom buddies the Nationals, as obviously I can vote for whoever the hell I like.  My shame is my ‘reasoning’ for taking the Liberals out of the running.

For those of us living out there in the real world, politics is more of a passing interest like a 24/7 soap opera than something the average Joe seriously considers.  In general Jill Dill and her family in the suburbs are not really engaged in the political process and this is probably why our Pollies continue to be so annoyingly repetitive with their slogans hoping that they will sink in at some stage while Mrs Dill is half listening to the 6 O’Clock news whilst making dinner?   Decisions are often based on something as simple as Jill Dill deciding she does not like the sound of Julia Gillard’s voice, or Tony Abbott is a bit creepy being so Catholic?

As much as I like to think that I have been an informed voter in the past 2 decades, the last Federal Election was an anomaly for me, as I voted like Jill Dill, making a choice based purely based on ‘emotion’.

Back in 2006 my father died from Mesothelioma* and it obviously had a big effect on my life as you would expect.  Obviously my attention to the whole Asbestos issue was ramped up and still is to this day, and if I am being honest with myself is the base reasoning for why I just can’t vote for a party that has Tony Abbott or Julie Bishop in it.

Tony Abbott was quite famous for dismissing Mr Banton’s bid to lodge a petition backing subsidies for the Mesothelioma drug Alimta, as a ‘Stunt’ (have a listen to the video, is charming NOT!).  To add insult to the injury, he then stated “Let's be upfront about this. I know Bernie is very sick, but just because a person is sick doesn't necessarily mean that he is pure of heart in all things”.  To someone who has had a loved one die of Mesothelioma you can imagine how heartless that sounds?

With Julie Bishop, it is a tad more complicated...  Ms Bishop was a solicitor who defended CSR Limited and the state government insurance office in the Wittenoom case.  Now, many of us have been put in positions not of our choosing by companies we worked for in the past, so I do understand that Ms Bishop is not personally responsible for her actions in this case.  Therefore the situation where Mr Bishop  was “rhetorically asking the court why workers should be entitled to jump court queues just because they were dying”  could be construed as ‘legal theatre’, not truly reflecting on her as a person.

Could be...  Except for the fact that when the tit for tat ‘who did you legally represent in the past spat’ occurred late last year, Ms Bishop proudly defended herself.


Julie Bishop Statement: “I acted professionally and ethically. I utterly reject Peter Gordon's version," she said. "It would be appalling for someone to draw some moral equivalence between my role in the Wittenoom case and establishing a union slush fund."


Ms Bishop seemed to think that ‘morally’, her defending of Wittenoom was a lesser evil than maybe setting up a union slush fund.  Seriously?  I don’t think so.  In fact I find that premise extremely offensive.  If some Union members may have been conned by their own union & lost some cash, well sorry about that, but for god’s sake, people dying before they can get their day in court is not even close when it comes to the morality stakes.

The Australian endeavouring to educate me on who the ‘Real Julie Bishop’ is today, was the driver for me having a good hard look at myself and fessing up as to the ‘true’ reason I can’t vote for the Liberals.  Both Tony Abbott & Julie Bishop may be lovely, thoughtful people as The Australian keeps telling me.  Unfortunately, every time I see them speaking, in my minds eye I see Mr Abbott sneering at Bernie Banton and Ms Bishop defending her moral right to try to tie up the court system as a legal strategy while Asbestos victims died.

I know this personal decision making process is not rational, it is wrong.  I know it is purely an emotional reaction.  I know my voting choice should be based on Policy, Plans, Vision for Australia’s future, the Economy etc.  Though, I also believe that Government has a responsibility to ‘care’ about the people in this country, we are not just numbers in polling data, we are human beings.  These politicians themselves go on 'charm offensives' to 'personally appeal' to us the public, so we will 'like' them and hence trust them with our vote.  Sorry, I can't see any likeable personality puff pieces making me 'like' Mr Abbot & Ms Bishop, as I see no compassion or care for people in relation to the very serious 'Asbestos' issue, which is all about 'people'.

I still don’t know who I will be voting for this Federal  Election, that will be decided over the coming months.   What I do know, be it right, wrong, or me channelling Jill Dill in the suburbs, my moral conscience just won’t let me vote for the Liberals while Tony Abbott & Julie Bishop are their shining stars.

Personal Note: I really do endeavour to educate myself in regard to politics.  I am fascinated as to why individuals vote for particular parties and put it out there on a blog post recently, “Are Liberals just for the self-interested & wealthy or am I missing something?“. I copped quite a bit of flack on Twitter from some Liberals, but no actual answers.  This was disappointing as I was not stirring (as some suggested), it was a fair dinkum question and I really wanted a Liberal perspective.   I was looking for valid reasons to put the Liberals back in contention for my vote.