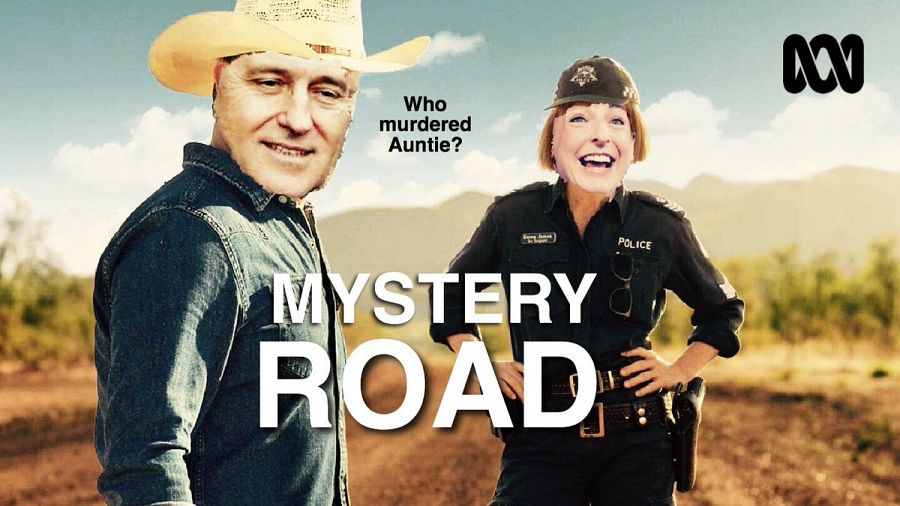 The Liberals won’t privatise the ABC

Bear with me, I can almost hear regular readers yelling bullshit from here behind my computer screen 😉

Bear with me, I can almost hear regular readers yelling bullshit from here behind my computer screen 😉

The Liberals had their Federal Council meeting on Saturday (16 July 2018) and stunned not only those on social media, but their Parliamentary colleagues as well with a vote to ‘privatise the ABC’. Not only did they vote for it, they voted for it overwhelmingly. We are talking 2:1.

In light of items 50 & 51 of the IPA’s wishlist  – If you don’t know who the IPA are, educate yourself, they heavily influence government and our current Communications Minister is a member of the IPA, this old piece might help, "Just Who the Hell are the IPA", it’s an oldie but a goody – we should be afraid, very afraid.

The IPA Be Like Gough: 75 Radical Ideas To Transform Australia:

Every man and his dog in the Press Gallery (bar a few stand out exceptions) have been at pains to assure us jittery punters "not to worry!" as ‘senior Cabinet Ministers’ have assured us that there are no plans to sell off the ABC. In fact, nearly every single piece I have read in the last 2 days as always included: “Views of the Federal Council are not binding on the Parliamentary party…” – usually ending that statement with “Unlike Labor” or similar.

A quick look at the Liberal party website and yes, they are correct, they are not binding. BUT there is a bit more to it after that ‘not binding’ bit:

“Views of the Federal Council are not binding on the Parliamentary party, but do carry considerable weight as the stated position of the organisation on a range of policy issues.”

So yeah, not quite so benign.

Let’s also look at WHO was at this Liberal shindig voting (2:1) to privatise the ABC:

The Federal Council comprises 14 delegates from each State and the ACT - the State / Territory President, the State / Territory Parliamentary Leader, the President of the Young Liberal Movement, the President / Chairman of the Women’s Council and 10 other delegates.
Other members of the Federal Council include Federal Parliamentary Leaders and Federal Office bearers of the organisation.

Yeah… somehow I don’t think it is the dopiest bloke who drew the short straw who gets the weekend away in Sydney to be a delegate for their state or faction of the LNP? This is a prestigious position, at an important Liberal Party gathering, you would have to be a ‘power-player’ in the Liberals to get a guernsey.

Cabinet Ministers can deny all they like and keep telling us this vote is non-binding, BUT, these same Ministers are up for re-election. The powers that be in the Liberal Party of each state heavily influence both pre-selection and campaign funding.

Does anyone in their right mind honestly believe these MPs, who are of course always desperate to keep their jobs, are going to piss off the powers that be in their own States and put pre-selection and electoral campaign funding at risk by telling those powers they are dreaming?

What they will do, is compromise. It will be tricky and mean. It will actually be following the IPA wishlist to the letter “Break up the ABC and put out to tender each individual function” and our literal minded press gallery will still be selling us the line “The Liberals kept their promise and did not privatise the ABC”. It will instead be the death of a thousand cuts.

In fact, Minister Fifield’s indignant press release sort of gives us a road map as to how this will happen.

“It’s not the position of the Government to alter the ownership arrangements of the public broadcasters. But we do have a range of measures that we’re seeking to implement to enhance the efficiency, the accountability and the transparency of ABC operations which I’ll just quickly go through.”

I strongly suggest you do read the whole press release I linked above.

Slowly, over time, these profitable areas will be sold off in a staggered 3 year plan bit by bit, you know, so that media don’t really notice. IF for some reason, the media do wake up to this privatisation by stealth, we will most likely be told:

“Times are tough, have to live within out means, the ABC is much loved, important to regional Australia, blah blah AND we need to recoup some of the taxpayer money spent on the ABC to ensure its survival into the future”

This sort of move will be considered and sold as ‘prudent’, ‘good for the budget bottom line’ and of course a good return for taxpayers.

In reality it will be selling off all the choice cuts of the ABC to Commercial entities, tossing into the bin any cuts with potential to annoy those same Commercial entities (but they are not prepared to pay it), leaving a picked carcass with a few cheap cuts of meat left over for the plebs in the bush.

Now this is important to note. That sorry skeleton of the ABC that is left, will of course include regional radio and a bare bones news service – again most likely focussed on regional areas with the maybe a 6pm National News.

This is important for two reasons:

Many won’t be happy of course with a cut-down version but will still buy that tried and tested Nationals line of “Look, we saved… It could have been worse if we did not have a seat at the table” – and of course the rusted on will buy that line – again ☹

Look, my peek into the crystal ball in regard to the future of the ABC might be way off base, but, when you take into account:

Oh by the way, you will hear a lot of shite about ABC being a hotbed of Greenies while this campaign to neuter the ABC is run, yeah, nah…

ABC has est staff of 4,111 people. In 2013 a total of 34 staff answered an outside survey and 14 of these stated in answer to a survey question that they would vote for the Greens. It is on top of this shaky house of cards that the IPA erected their latest dodgy claim of ABC bias

So there you have it my friends. In my opinion:

The ABC will not be sold. Just all the best bits of it. Taxpayers will be left with a barely-there skeleton of a news service running on fumes.

I know all the pedants will still insist, including many in the Press Gallery, that the Liberals did not break their promise to not sell the ABC, but, seriously, it will be semantics they will cling to. We should have higher expectations of both our elected officials and media who are supposed to inform us. The future gutting and decimation of the ABC -maybe not ‘strictly’ be a privatisation- but it is sneaky, manipulative and flouting the essence of the agreement with taxpayers when they assert they will not sell the ABC.

I'm finding the 'narrative' in most media orgs over the Liberal Federal council voting 2:1 to sell ABC really interesting.

Yes I know the above should be "Mandatory DETENTION", but hey, I don't normally remove typos, plus, kind of pointed in a funny way. We really do need 'mandatory attention' at the moment to improve our politics 😉

OOO! This is NOT a good look for the Liberals?

Labor just moved a motion calling on the House to rule out privatising the ABC.

The Coalition voted against it. #auspol pic.twitter.com/J4PwjotCmW