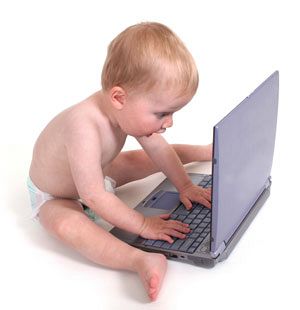 The Internet is a scary place?

Well it is if you believe everything that Senator Conroy & Senator Fielding say? Before I go any further with this, I must state up front that I believe that censoring of the internet and protection of children is primarily the responsibility of parents.

Well it is if you believe everything that Senator Conroy & Senator Fielding say? Before I go any further with this, I must state up front that I believe that censoring of the internet and protection of children is primarily the responsibility of parents. I understand that it can be hard nowadays as the vast majority of parents just do not understand fully how the net works, and this is one of the few cases in life where kids have more knowledge then you do. PLEASE! If you have the net at home, try to educate yourself, visit the likes of www.netalert.gov.au as they have great tips, practical information and advice, even better, attend one of the free internet safety training sessions that the Sunshine Coast Regional Council are hosting in our libraries, they will be a wealth of knowledge for you.

Now back to our 'protective & caring' Federal Government... I know I can be very cynical about Government, though I am not a conspiracy theorist, normally various statements may be hyped up by government departments, and small discrepancies to what they are saying 'glossed' over, though normally even a declining ethical traditional media will still tend to spot these 'unintentional omissions' and bring them to the publics' attention. Unfortunately this whole "ISP-level filtering of Refused Classification material", commonly referred to as INTERNET CENSORSHIP is a really odd one?

It seems that all parties involved use a lot of technical speak, so the average joe really has no idea what it all means, the pro parties just keep rabbitting on about "Measures to improve safety of the internet for families". What this means is that they want a filter which will stop any 'bad stuff', what they call "Refused Classification Content" (or RC Content). Refused Classification Content is really just a list sites that are banned by the ACMA (Australian Communications and Media Authority), that doesn't sound too bad does it? BUT, here is the odd thing, the ACMA already has the authority to either refer a 'nasty or illegal' site to the Australian Federal Police''s Online Child Sexual Exploitation Team, or take action with the ISP's themselves to ensure that the website in question not be displayed. So, if we already have measures in place for this sort of content, why do we need to spend millions on a Filter?

Let's take this a step further, say you don't think that the ACMA are doing a good enough job at the moment? Well guess what, the Government (previous government) has already spent millions on free PC-based filtering to all Australian families (around $84.8 million actually) and it works really well, so again, I ask, why do we need this Filter? This is actually a good government innitative and more info can be accessed at www.netalert.gov.au so if you are concerned about your kids access to nasties on the net, I suggest you visit there... Not that it is very easy actually to even 'accidently' access that sort of nasty stuff, it would be a decade since I accidently surfed the net and came across an R18 type site? The most danger to our kids seems to come from the popularity race on the likes of facebook, and somehow I can't see the government putting facebook on the RC list, can you? Not that it is facebook's fault, kids want to be popular, they add all sorts of people to their 'friends' list, and then you have an issue as to if that contact really is another 'kid' on the other side of the world. There is also the whole cyber-bullying thing, again, facebook actually takes this very seriously, in actual fact they tend to deal with it a lot quicker than your average high school does here in Australia. So, to sum up, the area where kids are in most danger, will not even be covered by this filter?

After lots of reading, it seems we as taxpayers are paying millions upon millions of dollars for something that we already have and don't need. A lot of experts are saying it will also slow down our connections, which are already pathetic compared to other similar nations, and the government reckons they have already tested that and this will not occur. In plain English, when you look at a website, your connection will jump to different points (depending on how good your connection is and where the site is located/hosted), then it needs to grab the info you are looking at, then do those same jumps back and display that info for you on your screen? (that is why in general it is faster to see info hosted on Australia Servers when you are in Australia), if an extra step is put in this process in the form of a filter, then doesn't it stand to reason that the display will be slower? So not quite sure how the governments assertions on no lack of speed can be true, as commonsense tells you that if you add an extra process to an existing system, well, it sort of has to take a bit more time?? Anyhow, I will leave that one for the techs to argue over.

The main point of difference seems to be in the actual RC Content list itself? This is where all the conspiracy theorists are having a field day, and personally, I can see why. It seems that this list has quite a few grey areas on it, and all sorts of websites (URL's) can be added to this list without recourse. The Government says they are "looking into a range of possible measures to increase transparency and accountability of the RC Content list". Umm this means that you could accidently be put on this list (as we saw in the trial), and really have no recourse. Most of the definitions on the RC Content list are common sense (that are already covered by law), but there is nothing stopping additions to this list, ie, we never used to have all the terrorism related legislation in recent times which did not exist a few years ago, so what is to stop extra things being added that seem to be 'not in the public's best interest'? This is where the major concern is, in regard to censorship. I will give you a hypothetical... Let's say, in the future our Government is full of seriously right wing religious fanatics... Let's also say that I write a feral article about some seriously fundamental religious group banning the Harry Potter books... (that could happen LOL!), and the Government takes exception to that, and next thing our daggy family friendly regional site is on the RC Content list as 'dissident'? (very concerning considering we are supposed to be a democracy and religion is supposedly separate from politics) Now I know that seems far-fetched, though, if you are a student of history, you can see that this type of situation has occurred many times over the centuries. Laws and Legislation often come into effect for very good reasons to suit the particular times (Terrorism is a good case in point), unfortunately, these very same laws can be misused by future governments with their own agenda. Once in place, it is very very hard to scale something back?

I have to agree with "Get Up", they have a great "FACT SHEET -- INTERNET CENSORSHIP" which advocates better Education programmes and more funds and resources for the Australian Federal Police. Because of the nature of the Internet and software programming in general, the advances are very swift, the odds that any filter will be useless 12 months after implementation are really high. So wouldn't spending that money on Federal Police resources to constantly monitor and enforce our laws be more effective? Wouldn't you as a parent feel more comfortable if you could visit your school, or local library on a regular basis to be kept up to date with what is happening on the net that could affect your child?

Basically we do not need this over-priced filter. All my reading could not actually give me a real explanation? We can already see we have laws in place to safeguard families, So, the million dollar question is (or in this particular case multi-million dollar), why is it going ahead?