The fact is, the class war, when it comes to Education, is NOT over! 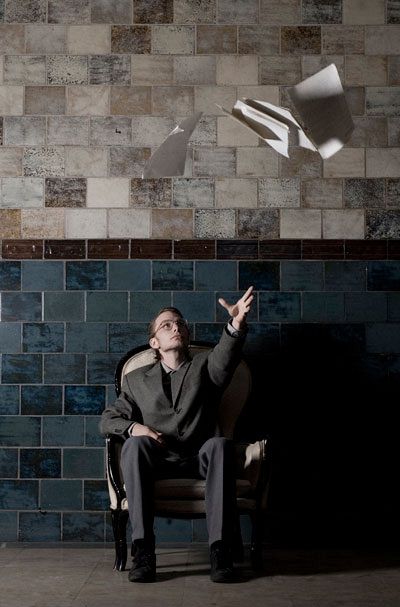 Until Education Standards are equal throughout the country, standards of University entrance will not improve! Watch http://www.skynews.com.au/video/ I would have included it here, unfortunately whatever browser I used, it just kept 'buffering' forever :( Australian Agenda, Seg 2 (31/03/13) Australian Agenda's Peter Van Onselen and Paul Kelly speak to Piers Akerman and Troy Bramston about Labor's tertiary education drive as election campaign strategy. 00:14:06 | Sun, 31 Mar

This morning on Australian Agenda on Sky News they actually raised the question of Tertiary Education, well Peter van Onselen did anyhow.  What should have been a good segment, discussing policy for a change, ended up with Craig Emerson getting cranky whilst defending the right of kids less privileged than others to attend Uni (quite rightly) and then the so-called team of experts sitting there decrying the ‘class-warfare’ that Labor was promoting via Mr Emerson.  It was a little bizarre...

Now I will state upfront, I actually enjoy Peter van Onselen’s analysis on Sky, I don’t often agree with him and feel he brings too much of the elitist academic to his view, though, unlike the vast majority of speaking heads on the News Channels, he at least backs up what he says, ‘owns’ what he says and doesn’t flip flop around repeating mantra’s, that is to be respected.  Due to his association with Universities, it was a good question that he raised with Mr Emerson (who is now responsible for that portfolio) in regard to the numbers being up at University but the standard of student was lower.   With my daughter going to University last year, even as a mum, I could see that, though feel that does not mean they should not be given the ‘chance’, which is what Mr Emerson was trying to say.

The so-called conversation after the fact really got up my nose.  I wonder if any of the Journo’s around the table even had kids, and if they did, if they went to an ‘average’ State School?  The standard of the kids getting into Uni now and increase due to more lower socio economic kids getting in means that yes there is a lower standard than the days the ‘good old boys’ at the table were talking about.  It will improve, but the schools themselves need to improve first and it is a hell of a lot more complicated than just tossing out the old ‘Class-Warfare’ mantra.  Piers, Troy & Paul all solemnly agreed that the class warfare in regard to University education was well & truly over.  Well boys, no it is NOT.  Kids may be able to get into University from a lower socio-economic background now, though they are still nowhere near educated in the same standards to be prepared for that University Education!

The fact is, the average standard in State Schools is just not all that good.  There are some that are very good, though in general they are lagging behind.  The Libs love to chant about ‘choice’ in education, but the fact is, most people do not have a ‘choice’ they get the local State School only.  I can only speak for my area, Northern Sunshine Coast in Queensland, the number of kids staying to senior has increased massively in recent years.   Part of this is the sheer number of kids moving to SE Qld from other areas of the country & overseas, the other is the ‘Earning or Learning’ that came in during the Bligh Government.   Put both of those together you have a hell of a lot of kids in school, yet, the funding by State Governments has fallen...  Only a few days ago I was talking to a Journalist in Wide Bay who Tweeted the following:

@yathinkn spoke to a Principal today who's losing 100 collective years of experience on Thursday, when 4 mature teachers take redundancies

The hits just keep coming for the State School system.

The above is happening everywhere all over this state & getting worse.  That is not good for the kids, yet they are in a system where you have to either get  a job or stay at school.  Now, my area has massive youth unemployment, so basically, you have to stay at school.  This leaves you the option of either doing Certificates through TAFE whilst doing senior, or going the OP route to do University.  With TAFE’s closing down & courses being cut back, yes, TAFE teachers are being made redundant too, we recently lost the Trainer for our Trainee in our business,  who was a bloody good, very experienced IT Teacher, 3 months later, still waiting for contact from TAFE UGH!  So not only is TAFE not helping the kids now, they are stuffing around Small business like ourselves giving you no incentive to even take a Trainee on.

So... what are kids to do?  Unlike a Private School, if you have an issue because you come from a broken family it is not so easy to get that extra tutoring after school to catch up.  Believe me, Tourism Noosa don’t like to promote it obviously but there is an awful lot of Housing Commission at Sunshine Beach (where our largest State School is), a lot of broken families and a lot of lower socio-economic families.  Many many kids trying to finish senior at this school are struggling big time, combining the personal background difficulties with an over-crowded limited resources school and you are not going to get the best standard of student entering University from here.  I won’t even go into the issues of leaving home to go to University and all that entails...

The thing is, the average standard may not be that high, BUT, some will hit Uni and flourish, they will put past issues behind them and make something of their lives.  As Mr Emerson was saying, in the past, these kids would not even have been able to get their nose in the door at University.  The fact is, the class war when it comes to education is not over, as the pontificating experts on Sky announced this morning.  Until the average State School actually has good resources, a standard of education that is consistent throughout the whole country, teachers with experience, (more than one bloody professional counsellor per 1000 kids would be nice...) and some sort of equality in the Education system, Mr  van Onselen will still be complaining (rightly) about the standard of student entering University being lower.  Unlike Mr van Onselen I don’t believe just not accepting them is the answer, that means the kid who can maybe get their life in shape at Uni misses out on an education.

The answer is raising the level in the State Education system so that the level of student entering University is higher.  Families move all the time, kids go to Uni in other states, it is time for the Federal Government to take Education & Training off the States entirely.  Put one system in place nationwide (with small allowance for local learning content), fund it directly and work in with TAFE’s & University for seamless education & training.  The system we have is broken.  Gonski should be the ‘start’ of education reform, not the ‘end game’.

Then, what the hell do I know, I am just a mum of a kid who went to the local State School and then University 100's of klm from home, joined P&C, and actually gives a rats about the future of ALL the kids in my region, not just the privileged few who's parents can afford to pay for better educational opportunities for their kids...
Cheers,
Noely  @YaThinkN

Further information:
I am not an ALP voter, in fact have not voted for the ALP since the state election when Goss got in.  I am just a punter who values education and feels that a decent education gives every child the opportunity to advance in life, regardless of the circumstances they were born into.
Noosa the 'image promoted' is not the 'reality' for the majority who live here... This is a naturally beautiful area and Noosa Tourism have done a very very good job of promoting it, though like most places that is not the full story, go to the ABS stats, once you look past Hastings Street & Gympie Terrace you will find an area of very high Youth Unemployment, below average wages & massively high percentage of single parent families.