Take Back Control Of Your Government! 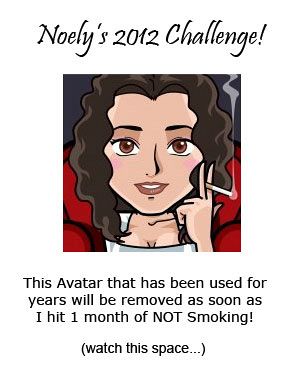 The Elections, man...  Normally I love a good election, I find the argy bargy very entertaining.  Bit over this one, right from the Rudd vs Gillard showdown.  Seriously, that was a major indication of what is fundamentally wrong in our so-called democracy?  Irrelevant of whether the reasons for Rudd being more popular are dodgy, the fact is he was, and our Government is supposed to represent US and OUR wishes, regardless of how superficial they may be?  I don’t know about the rest of you, but I am sick to death of political parties (at all levels) deciding what is best for me, particularly when they do it without even asking me?  That is benevolent dictatorship, not democracy.

Look at our area?  The Sunshine Coast both Federally & State-wise always votes conservative.  This means when the other blokes are in power we get ummm NOTHING in our area?  BUT, if you are relatively new to the coast, ask locals who have been here for decades, when the Conservatives were in power, what did this area get?  Ummm again, we got Nothing, because they don’t need to give us anything, they know they will get voted in again, so best to spend that money on potential areas of the state, not us...

So again, on my positive slant here...  Instead of being bored & apathetic about this election, I would like to make some demands!

I would like every person putting their hand up in these elections to tell us WHAT THEY WILL DO FOR OUR AREA IF THEY GET ELECTED!  No airy fairy party political blurbs, I don’t care about them.  I mean US!  Our Hospitals, Our Schools, Our Business Sectors, Our Community, and I mean REAL things, prove to me that you actually know my backyard, have talked to REAL people in my backyard (not just interest groups), and actually do care.  I don’t care what Party you belong to, I just want to know that if I bother to vote for you, that you will REPRESENT me and my neighbours first & foremost, because ultimately that is what an elected representative should do.

Let’s see how we go?  If you are bored with the election too, do the same, contact the people putting their hand up for the job of representing YOU in Parliament in your electorate (as many as possible are here “2012 State Government Elections - Sunshine Coast Candidates”) and ask them some questions, or let them know what you would like?  We can’t whinge about useless pollies, if we don’t participate in the process.

Let us know how your life is going at the moment?  What do you think is important & seriously needs to be addressed here on the Coast?  After the State Extravaganza we have our ownLocal political theatre taking centre stage, so let’s start giving them a ‘heads up’ now :)

Original Issue: "Take Back Control Of Your Government!" The MSC Editors Desk 07 March 2012