Sounds too good to be true? Usually is... 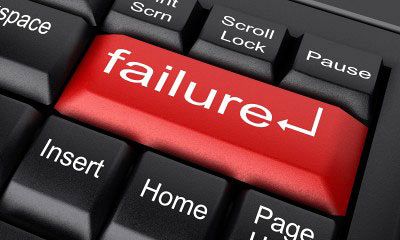 I know this will make me sound petty, but, I am only going to say what a lot of IT Professionals are thinking.  How cool is the failure of Click Frenzy?  Seriously, they got so much free advertising for this so-called epic event, which they just did not deserve.  How a private company, talking a lot of big retailers into paying them money to do an online advertising campaign is news is beyond me.

In the interests of fairness I will state now that my husband is an online software developer, though having said that, he steers clear of E-commerce.  That is an area that is difficult due to the many short-term, ‘make a buck while your sleeping’ style operators out there giving too many new small businesses the wrong impression with false expectations and is fraught with problems.  Click Frenzy is just a big one of those.  More spin than actual IT experience, yet, there are many of these, early in their lifespans they tend to get the right people onside, next they are speaking at local government business forums, they get some news air-time, next thing they are experts.  In fact, most that I ever see promoted on the news or in local papers are in reality old fashioned Barnum & Bailey (no offence to Barnum & Bailey as they are ‘entertainment’) spruikers who can generate hype and hypnotise business people into thinking they know what they are doing.

If you are in a serious business wanting to be online, for starters if you are large with investment money you would not be using free open source software?  Don’t get me wrong, some of it is great, but, it is prone to being hacked and can be difficult to customise if you are building a very large interactive site (which Click Frenzy is supposed to be).  If you are a small business, selling kids clothing or the like online, then fine, open source software is a good option to get off the ground with.

More important is the hosting issue.  Seriously, the comments in the media today about being a ‘victim of their own success’ with the ‘tsunami’ of visitors is just more hype.  They made everyone pre-register (more on that further), and load testing is accepted practice in all major online businesses.  Someone was too cheap to do that obviously.  Having good servers, load sharing capacities, maybe they should have spoken to a few ‘real’ IT professionals like the people at Site Point who are experts in load balancing.  So let’s see, so far we have, free software, no real load balancing, but a heap of PR and spin?

Next, the whole pre-registration thing.  Hmmm personally for something as inane as a ‘sale’ I would never consider pre-registering.  Something hot like concert tickets that you know will sell out, fair call, but for a sale where you don’t even know if you will want to buy any of the goods?  That screams ‘email harvesting’, there was no need for it, and if they wanted to use the excuse of wanting an indication of expected visitor numbers they could have just used a little ‘interested’ click without requiring further detail.  I could be wrong, that process sounds a tad dodgy to me and the ACCC should maybe have a bit of a look at this.   Now, we are at, limited software, limited testing, dodgy email marketing...

These guys charged a lot to the big retailers to be involved in this promotion, this is the only bit of good news that I can see.  The biggest retailers in this country have been charging the likes of 300% mark-ups for a very long time.  Squashing any smaller competitor in the process.  They all have the funds to have investigated what was going to happen on this site and even someone such as my husband who is a small IT businessman with limited e-comm software experience could have told any of these guys that the deal was a stinker as the software being used and the hosting solution was never going to work if they got the PR they planned on, which they did.  It is sort of like they say on ‘Hustle’, you can only con a greedy person?  If these guys had only thought of the customer as a priority (like the smaller online retail businesses do) and didn’t try to go for the one big win with all the free advertising that entailed from the hype, they would not be looking so silly by association now.  I call that a win for all the small online retailers out there who have invested a lot of money over the years to have good solid websites that work for their customers, offering good value for money as most will only have a 10% mark-up (sort of like the rest of the countries businesses).  Sort of like a win for the little guy isn’t it?

If you want a giggle, go on twitter and put in #clickfail as the comments are very amusing.  But hey, myself and others that are small players in the online software world could be wrong?  But then again, if you are supposed to have the online IT expertise that Click Frenzy supposedly has, I find it difficult to believe this could have failed so spectacularly?  I just hope that the first time online purchasers who bought into the hype are not put off by this failure and it does not taint the really good online retailers we do have in this country.  You know, the ones who like a regular business have invested money in their systems and procedures, didn’t get conned by the so-called ‘earn money while your sleeping’ scammers, and do put their customers first.

An online business is no different to a bricks & morter business?  You have to put in time and effort, you still have to have security, you have to have a good product and you have to give a damn about your customer!