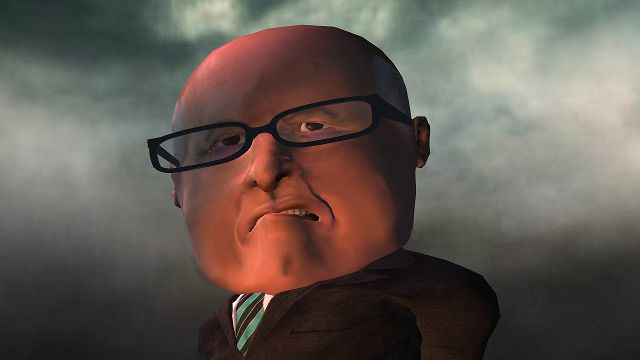 So… You trust George Brandis?

The Senator who proudly informed the nation “that people do have a right to be a bigot you know” is the person who will give the go ahead for ASIO to start kicking down doors & spying on you. Think very carefully about that. Consider that one man, a politician, will have that power. He and he alone will make that final decision on your behalf.

This isn’t a rhetorical question. Do you trust George Brandis? Have our past Attorney-General’s always done the ‘right’ thing? In regard to the new National security legislation - I prefer to call them the ASIO Bill or Super Snoop Laws - when you take out any messy debate over what constitutes a ‘network’ and other technical ‘stuff’ (that not even the legislation itself actually defines) and whether the media is in danger of being muzzled (I won’t even go there…), you are left with one aspect, a very very important aspect of this legislation that has not been discussed or debated.

Do you TRUST the Attorney-General of Australia?

See, it’s like this, most of the new super snoop powers kick in for ASIO and other security agencies when a Special Intelligence Operation (SIO) is declared. As Ben Grubb rightly states in his "Terrorist win under new spy laws" piece:

Any operation can be declared "special" by the attorney-general of the day after ASIO makes an application.

Please read that again. It is important. The Senator who proudly informed the nation “that people do have a right to be a bigot you know” is the person who will give the go ahead for ASIO to start kicking down doors & spying on you. Think very carefully about that. Consider that one man, a politician, will have that power. He and he alone will make that final decision on your behalf.

Now, for all I know, Mr Brandis could be a top bloke. For all I know Brandis could have pissed off Tony Abbott over night and by the time I upload this rant we are looking at a new Attorney-General, say Cory Bernardi (I hear he brings in a lot of cash to the Liberal coffers and would expect to be rewarded with a more important role in Government?) for example because Caucus wants to distract him from his Burqa on the Brain obsession and keep him sweet? Or, they could go the Queensland route, as, you know, always a better look to actually have a ‘legal’ type as the A-G so they go for a Conveyancer as the new Attorney-General? Don’t laugh, our Attorney-General’s only previous legal experience was a Conveyancing for a couple of years before getting the top legal job in Queensland…

But let’s assume that this Government and any future Government of any flavour is sensible (I know, hard to imagine, but bear with me) and does the standard choice of choosing a ‘legal’ type (and mate there are a heap of them in Government) from their long standing faithful fellow ‘politicians’. So, to summarise, the man or woman who will be giving our security agencies extraordinary powers above and beyond what we have ever imagined before, will be a POLITICIAN and not just any politician, most likely a ‘Lawyer’ too?

Politician + Lawyer, two professions we as a nation trust and revere.

Have a peak at the "Roy Morgan Image of Professions Survey 2014"  and check out what sort of scores these professions get. Can’t be bothered clicking on the link? No bother, will summarise for you below, with a few other professions for you to get the ‘gist’, I’m helpful like that ;-)

We, probably quite rightly, reckon Nurses are tops as rate 91% for 'Ethics & Honesty'. Poor old Car Salesmen, well, we don't think so highly of them, they rate 3%. Let's look at who we will most likely have as Attorney-General, in a job we are trusting, due to the extraordinary powers he has just been given, Ethics & Honesty are going to really really matter...

So let’s get back to the ASIO Bill… The only bloke who actually had a clue in Parliament yesterday who railed against it’s “over-reach”, Andrew Wilkie, a former “intelligence analyst” was ignored. Personally, I have never been a big fan of the man, but hey, when as Fairfax reported, "New national security laws pave way for 'police state', says Andrew Wilkie", I reckon he probably is worth listening to? Hell, if he was still in his old gig, he would be the one taking advantage of these new laws to do his job so knows EXACTLY how they could be abused?

More importantly, Mr Wilkie was himself a whistleblower - an action that is pretty much illegal now in this country – a man who warned Australia not to go to the Iraq war as there was no evidence of weapons of mass destruction.

Just ponder that for a bit. Consider the death & damage caused when we rocked into Iraq to find those nasty WMD’s, and... surprise suprise, they just couldn’t be found?

So my friends, welcome to a new Australia, one where we TRUST that our new intelligence secrecy laws won’t be used to save governments from political embarrassment. East Timor spying scandal, scandal, what scandal?  An Australia where we TRUST the top legal bloke in Government won’t abuse those new super snoop powers. I’m sure Mr Collaery sleeps better at night knowing that the ASIO raid on his office ordered by Mr Brandis was just protecting Australia. Umm protecting us from what? Getting sprung as nasty buggers taking advantage of a small devoping nation for commercial reasons?

I will leave you with this final thought.

The Daily Telegraph, the Courier Mail etc. can try to terrify me with all the Jihadi, Terrorist hype they like on the front pages of their so-called newspapers - wondering if the term ‘news’ should be redefined, though that is a rant for another day - BUT to be perfectly frank, the whole notion that unaccountable, POLITICIAN who is most likely back in their far distant past, a LAWYER who has climbed up the political back-stabbing, dodgy dealing, favours galore ranks to get to the coveted position of Attorney-General will be deciding when and how these new Security Laws are used is a hell of a lot more terrifying.

Worse, even if you yourself are lucky enough not to get spied on accidently, or have your home invaded by heavily armed security forces in error, or hell forbid, actually lose your life due to a monumental eff up by these same security services, and one of these terrible things happens to another fellow Australian citizen, the top Politician/Lawyer will not even answer for these travesties of justice? FFS we won’t even know it happened to some other poor bugger.

I don’t know about you, but that scares the absolute shit out me :(
Noely

Disclaimer: Even should Opposition Attorney-General Mark Dreyfus still have his gig in a future ALP Government, I don't trust him either with the being the ultimate arbiter of the ASIO Bill Super Snoop powers either. You know, Politician / Legal dude and all that...