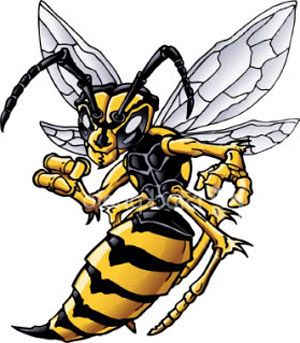 Question: Your kid or partner was stung by something that swelled really quickly & looked nasty, what would you do? Answer: Immediately go to Doctor as something about the situation just did not sit ‘right’ What did I do?

Life can be really random...  As past readers would know, we moved onto property a while ago and as IT people, really are not qualified to live here.  People tend to laugh at us when we say that, but it is true, it took us ages to work out this whole living on tanks life, the snakes, various wild-life you hear but don’t see at night, the franken-spiders (yes still don’t know what they are called,  they are huge & have not been courteous enough to provide us with a selfie, so hopefully in the future one of us will be brave enough to get a photo & ask around – it won’t be me LOL!).   With all the new stuff we have had to learn about over the last 18 months, insects we had seen around the traps for decades were not on the radar.

Who would have thought at the ripe old age of 45 I could be almost taken out by an allergy – I didn’t even know I had?  Last thing I was ever concerned about was a silly little wasp.  This story would be so much better if I could have described some massive monster wasp attacking me, alas it was just a lousy little thing that was almost my downfall.  This drama on the weekend also showed me just how stupid adults can be when it comes to personal safety, we are always quick to worry about a loved one but not so quick to think of ourselves.

Question:  Your kid or partner was stung by something that swelled really quickly & looked nasty, what would you do?
Answer: Immediately go to Doctor as something about the situation just did not sit ‘right’

What did I do?
Well, I thought, gee, that bloody hurt, tried to kill the wasp at the desk, then when it still hurt – because of course tracking down & killing the offending creature that hurt you will make your pain go away, does it not?  After having no success on my kill mission, I then thought putting my finger, (where I had been stung), into a glass of iced water to stop the burning, itching feeling would get the swelling down and make it feel better...

Guess what?  That didn’t work...  So, as it started to burn & itch all up my arm, I thought, gee maybe I have been stung by more than one as my whole upper body was really hot & burning and Stephen thought maybe l was developing hives.  So, I raced off to the doctor as obviously I have never had hives or similar in my life, right?  NO...  Of course not, I thought, hmm a cold shower should do the trick.

I realise there are mums & dads reading this now & thinking I am a total drip, they would be right :(

After the shower, feeling worse, eyelids starting to puff up so I could barely see, even lips swelling, not to mention whole body insanely itching, only THEN did I think to myself, that maybe l should see a doctor?  Husband concurred (though have to give him credit, he was all for going to Dr earlier), we rushed out the door, called to the others in the house that we were off & would give them a call.  So even the other poor buggers at home had no idea what was going on and more stupidly, my daughter who had been a ‘buddy’ in school to her anaphylactic friend could have told me straight away what was happening just by looking at me, had she been given the opportunity UGH!

And what an attractive look I made...  Due to not feeling good I had put on basically PJ’s after the shower as I intended to lay down so as not to make my itching worse.  I was a deadset stunner as we raced out the door with the daggy old shorts & washed out, thoroughly apt old singlet of my husbands that said “I woke up for this sh*t” across the front of it.  Who knew it was prophetic?

By the time we got to the end of the street I was having an issue swallowing & could barely see.  The 7 day medical centre is not too far away so I was still not terribly concerned.  By the time we got closer to the Centre, all of maybe 2 minutes, the swallowing was a serious issue and breathing was becoming an optional extra.  Finally, I turned to my husband & suggested that maybe going to the closest hospital was a better option.

Now, I am sure many of you are reading this going, “You silly cow, obviously you were going into anaphylactic shock”.  You would be right.  Shame I had no idea, never having had any experience of anything like that in all my 45 years.

Anyhoo...  We parked outside the hospital, I wobbled in with my husband’s help, he went to the window of emergency while I collapsed on a chair, really rather unsure about myself by this stage.  Now, this is where the smart people enter the story...

Before I could count to five the woman behind the glass had looked at my face, grabbed a nurse, who in turn grabbed my hand, dragged me down the hall, leaving my husband behind at the glass and I was tossed on a bed where they rather frenetically started sorting me out.  I didn’t even have time to panic.

Obviously as I am sitting here relaying my stupidity to the Sunshine Coast at large, the staff at the Hospital did a good job and I live to make more mistakes in future.  Everyone likes to complain about Emergency Departments, but I have to say, the staff at Noosa Hospital were great and I wish I had had enough presence of mind to get their names so I could thank them publicly.  Though if any of you are reading this, you will recognize me, I was the bimbo, looking like a bogan with the scruffed up hair, who was trying to negotiate getting out of there quicker while you were trying to keep me under observation.

Now, I know that many on the Coast are worried about the Sunshine Coast University Hospital being privatised.  Fair Call!  I also know that the Government always refer to the Noosa Private Hospital as being a ‘good’ example of the private/public partnership, something I have always been sceptical of, as living on the northern end of the coast I have not come across anyone who was not transported to Nambour in an Ambulance in an emergency.  I am also aware of only one person in the last decade who I knew was treated at Noosa as a public patient, hence my scepticism.   So I don’t know if maybe I had called an ambulance (which might have been a smarter move now I think of it LOL) if I would have been sorted out by ambo’s then taken to Nambour, sadly I do suspect that would have been the case?

Though, what I do know, is that regardless of Private or Public and the fight many will have over the form of our new Hospital (for the record I want it to be public), never forget that it is

actually the staff and their ability to do their jobs well that make or break it for you.  To be quite frank, I try not go near hospitals (obviously), though when I have, it is rare to find a ‘slack’ Nurse or Doctor in an Emergency department.  These people work under pressure, make decisions quickly and in the vast majority of cases, Nurses themselves are the difference between you totally spinning out or calming down to let the professionals do their job.  Considering these people never see you at your best, it obviously takes a special sort of person to work in this profession, particularly in Emergency.  The hospital being public or private does not change that emergency situation and while ‘who’ runs the hospital may be contentious, fact is, when you are like I was on the weekend, all you care about is how good the staff are.

I understand fully exactly how close I came to not being around to tell my tale of stupidity (it now terrifies me after the fact) and I have the staff at Noosa Hospital, from the woman on reception at Emergency to the Nurses and Doctor who acted quickly, professionally and with compassion, to thank for that.  THANK YOU!

Seeing us at our worst is a really crappy job, regardless of who their boss is. Medical staff are indispensible with the vast majority being public servants, so take a moment to think about that when next you see Nurses marching or raising concerns, take a moment to actually thank one.  It could be you next that life throws a curve ball too and I can guarantee you won’t care about political partisanship; all you will care about it is not dying.

So please, while we all argue over Government decisions in regard to the running of our Hospitals, remember it is ‘people’ who actually work in these hospitals and having had an up close & personal experience of Emergency in Nambour, Royal Brisbane Children’s Hospital & now Noosa in the past decade, I can guarantee you, the ‘people’ physically working in these joints ROCK!  So do yourself a favour, always support and listen to them.

Cheers,
Noely
PS: All you parents out there, ‘She’ll be right’ is not very smart sometimes.  You need to ‘physically’ be around to actually look after your family, so a bit more care & attention to detail in regard to yourself is probably worth putting a bit higher up the priority ladder :)

NOTE: Originally published as a My Sunshine Coast News Editorial, republished here to make it easier to explain my absence to twitter friends :)