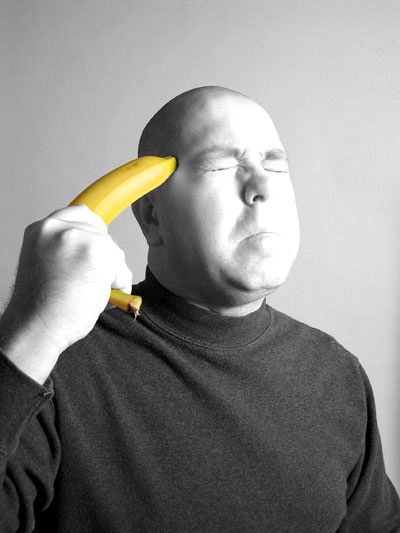 Seriously, you want me to read this shit out on air, again...?

It does not matter what Prime Minister Gillard says or does, it will be spun in a negative manner, this has been patently clear for months and frankly, has gotten to an embarrassing stage.

I am not a big fan of the ‘hating on MSM’ club to be found on Twitter, as I really don’t feel you can lump a whole profession of Print, Radio & Television Journalists in the one basket.  I have seen some good reports in the Main Stream Media, albeit not too many in recent months, though they are there.  I also often wonder how much of what we see from the Journo is actually the individual Journalists choice?  Regardless, the anti-MSM crowd are dead right on one thing,it does not matter what Prime Minister Gillard says or does, it will be spun in a negative manner, this has been patently clear for months and frankly, has gotten to an embarrassing stage.  I am sure there must be some news anchors out there that see their auto-cue and think to themselves, “seriously, you want me to read this shit out on air, again...?”.

This morning alone is a perfect example.  By 9am I was yelling 'for God's sake just shoot me now & put me out of 'your' misery' at the computer screen & TV.... All forms of media blaring “OMG! Gillard* has folded on Victorian Government Hospital funding demands” (or something similar).   In fact, if you actually get past the derogatory headline “Gillard buys health peace for $107m”, The Victorian Government has not been given any money, they (and most likely the Qld Govt) have played silly buggers, not met the requirements of the agreement, so instead the funds “will be immediately paid directly to hospital administrators”.  No mention of that in the news though.  I suppose, never let the truth get in the way of a good story, or PM Bash :(  Before any Journalists yell at me, I have been one of the few actually defending you!  Exhibit A: Eleventy-nomics, Brough, Ashbygate Trifecta -  Proof MSM should not always be a dirty word.

Another is the non questioning crap.  Since when can an Opposition leader say whatever the hell they like and not be asked one bloody question, or asked to actually justify, back up with facts, the assertions being made?  The MRRT is a point in question, the Government has been knocked pillar to post on not pulling in much cash for it.  I have to admit, as a punter, would have loved to have seen us, the public, get a bit more of our share.  As a small business owner owner, hell, would love to have even a quarter of the deductions etc., the big mining companies get UGH!  Anyhow, regardless, there are a lot of factors involved, if you take the party rants out of the equation the fact is, Original mining tax 'would cost billions', again, no mention of that around the traps in the media, just the buried item by a well respected Economics Correspondent.  Speaking of which, I will not even start on how every single respected Economist said that not trying to get a surplus was actually a good idea for the country in the current world economy... Again, never let the truth get in the way of a good story, or media beat up.

I could write pages of examples, suffice it to say, the ALP will be gone at the next election and the media are making damn sure that they are buried.  Ms Gillard could perform the miracle of eradicating world hunger and it would still be spun as “Gillard enforces will on public” or “Who was screwed out of the Hunger deal” or “US unhappy not consulted by Gillard in latest world domination scheme” You get my gist here, it is really bloody sad.

Now, I am not sure that the ALP are what is best for this country.  I am not a fan of Single Mothers being kicked in the guts, also not a fan of the Factional rubbish that goes on with the ALP internally, it is so not democratic.  BUT punters have a right to ALL OPEN & UNBIAS information to make their decision, the media are not elected officials and have no right to push their own agenda on a distracted public that are conned by the repetitive LNP slogans of “Bad Government”, “Julia is a Liar”, “Government in Chaos” crap.  Journalists themselves acknowledge those assertions are hyperbole, though don’t seem to feel the need to shout it out?

I know Ms Gillard will not read this, though would love it if she did, would love it if she rolled the dice, took a massive gamble on putting the whole leadership rubbish to bed by actually polling the ALP membership!   Think about it, announcing that every single paid up ALP member could vote on whether they wanted Ms Gillard or Mr Rudd to lead?  Thereby ending the #Ruddmentum

The ALP have the capability to do it.  Would help show that the ALP is not just Unions, or sinister men in grey suits pulling strings (as currently portrayed), it is paid up working men & women who care about the Labor cause (would help dispel some of the "King of the Spivs - Obeid Family NSW Labor" drama too, showing the ALP is evolving past that cronyism?).  The flipside is that it would empower the rank & file members, invigorate them by including them in the process, which I think would have far reaching benefits to the party, now and into the future.  Would be an awesome coup that the media would have to report on, could not spin it, could not carry on after the fact, an awesome Checkmate, with no further leadership rubbish!

Something brave has to be done to cut through the crap that is currently streaming live, 24/7 into our lounges.  The ALP will most likely still lose, but at least the media might wake up to how ridiculous the reporting is getting and the punter can make their own decision, without their interference.

Being partial to Independents, I would not normally write a ‘pro’ Labor Party rant, but even I have been pushed too far with the crud being served to me and my sense of justice means that I thrust into the position of cheering for the ‘Downtrodden Under-dog”.  Then again, as I am always told, I am just a punter so what the hell would I know ;-)

Cheers
Noely  @YaThinkN
*Of particular mention is the fact that the media very rarely actually refer to our Prime Minister by her correct title.  The condescending disrespectful ‘Gillard’ seem to now be the norm.  This in itself is terribly poor form.  This apalling lack of respect for office by our own National Broadcaster, the ABC, displays clearly the depths the media has plunged themselves down to, Exhibit B: "Prime Minister Julia Gillard and Opposition Leader Tony Abbott DO NOT deserve Equal Billing!" and Mr Abbott sure as shit should not have his name preceding the Prime Ministers on the video title!

Just reminded of this piece of 'opinion' from the Sydney Morning Herald "Dear Julia, it's time for a dignified exit speech" My bad, how I could forget this tripe that horried me so much is amazing, maybe my mind automatically wiped it like how you don't remember how bad it was changing all those nappies all those years ago :)

HIGHLIGHT! February 22, 2013 12:00AM "Kevin Rudd's bid to take over as PM from Julia Gillard is doomed, say feng shui experts", yes you read that right #Ruddmentum has entered a whole new level of stupidity where now the thoughts of a feng shui expert are a basis of a Leadership story...  Whatever your politics, this is an all new low :(