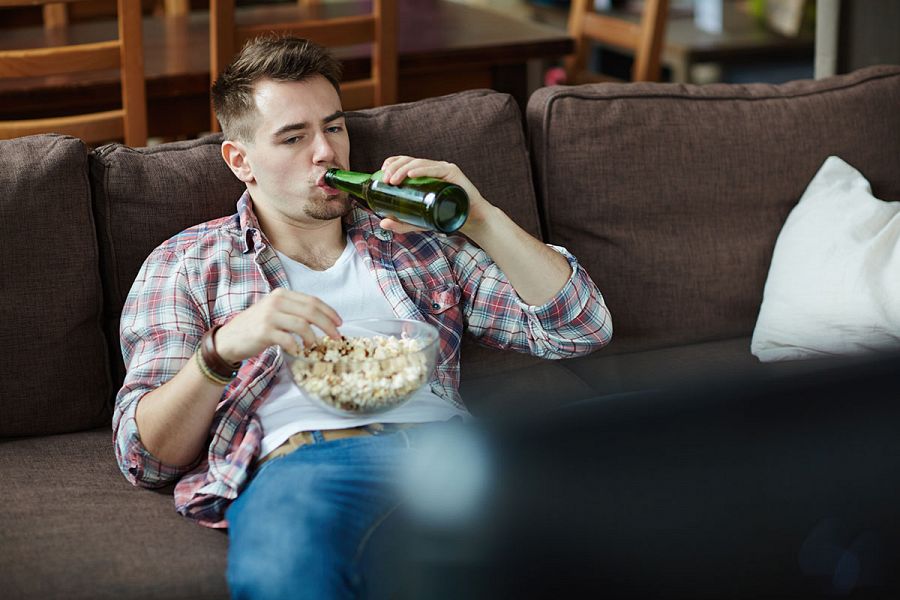 This afternoon I was horrified to see the below tweet fly through. Not that Parliament had been cancelled, we were already informed of that and you might have seen #JobShirker trending on twitter, it was apt, but the click bait question from The Drum – which they seem to have form for nowadays – but the fact they are even asking if maybe the Government should try some new approaches? Like a lame suggestion.

This afternoon I was horrified to see the below tweet fly through. Not that Parliament had been cancelled, we were already informed of that and you might have seen #JobShirker trending on twitter, it was apt, but the click bait question from The Drum – which they seem to have form for nowadays – but the fact they are even asking if maybe the Government should try some new approaches? Like a lame suggestion.

TONIGHT: The PM has cancelled the next two weeks of Federal Parliament, due to #coronavirus.

Across the globe, governments dealing with the pandemic have been trying new approaches - some including video calls. Should Australia consider this? #TheDrum pic.twitter.com/48OgIqmJuB

Don’t even start me on how often this Government since Abbott got in have cancelled Parliament and cut back days, they are shocking!

This mild treatment of a trashing of democracy by our Government actually gives people the impression that maybe government is in an awkward situation, or maybe the situation is ‘difficult’ and of course, we can’t ‘blame’ the government and yet again, they get away with doing nothing, or as I would say, THE RULES DON’T APPLY TO THEM!

Since March, every single business, from micro sole traders to large have had to innovate and adapt, quickly, no choice, it was that or shut down forever.

For many of these businesses, they have had to deal with lack of tech, no high priced consultants paid by the taxpayer leaning over their shoulder advising, just sheer desperation to find alternatives to keep operating, even if at a minimal level.

This lazy government has done nothing but rely on decisions made by Premiers, Thank Dog! Morrison would have been at the footy and going with the “let her rip” strategy with the virus otherwise, yet of course he is glowing in receiving credit for his actions.

Yep, I will give him at least handing out some cash with raising JobSeeker and implementing JobKeeper, but again, like everything they dot, had to make it as difficult as possible to access, stuffed every one around, left out too many due to sheer bloody ideological crap but hey, don’t you love getting praised for billion dollar announcements.

As face it, that is about all #ScottyFromMarketing has done is “Announcements”!

Announcements, that he gets praised for and then weeks after the fact, when media can no longer ignore the calls from the public or business, find out are full of loopholes and dramas and maybe should have been scrutinised better in the first place, but hey, Government got their couple of days of PR reinforcing that ‘Scott Morrison is handling pandemic well’, which of course gets into the minds of punters and becomes a ‘thing’. Something Morrison and his minders know works very well, but media keep being played like violins.

But this! This rubbish about cancelling parliament is taking this scottysplaining crap way too far! Particularly from newsrooms that had to innovate and adapt so bloody quickly just to get a new report out. Yet somehow even with their own lived experience will still afford the government the benefit of the doubt! The bloody European Parliament with how many nations needing to be represented can still organise to meet but it is too hard for Scott and his mates? Give me a fracking break!

We have had to do business, school and more online, than so can Parliament. Like the rest of the nation, they have had until March to get their shit together and adapt, SO WHY HAVEN'T THEY?!

Hell, if they are too bloody precious and worried about showing the world just how shitty our interwebz are coz it maybe can’t cope with that – as many of us know, it can’t cope with much at all making life and business harder – than get on an RAAF flight, which they all love to do and meet for a few weeks on a remote RAAF base.

I get not wanting to put ACT at risk with all flying in. That is a fair call for those in the ACT, but that should not be the end of it.

Imagine if Julia Gillard had done this? Good Dog! the poor woman got flayed for a new pair of glasses the scrutiny on her was so minute. Yet here we are with #ScottyFromMarketing getting praised just coz he mentions "Jen and the Girls" every time he to hide behind every time he skives off work. 🙄

Nothing says “serious journalism” like reporting from behind an ironing board #theprojecttv @theprojecttv pic.twitter.com/FuTV4Qtu3F

FFS! Sporting teams can relocate to hubs for weeks on end to keep playing sport. The netballers, some who are earning more on JobKeeper now than they did on netball wage can leave part-time jobs they needed to keep the Super Netball competition going.

But our lazy-arsed scrutiny shy government can’t bother to do Parliament online or do a hub to meet for two lousy weeks?

Reminder: Unlike other caring responsible governments, none of these pricks have taken pay cuts in solidarity with their citizens struggling? They have not been laying off staffers.

If anyone should be on JobKeeper it should be the Federal Government and all their ‘staffers’ – note staffers, not public servants, those poor buggers have been working bloody hard.

So enough! I am sick of it. I am sick to death of media reporting this government without scrutiny.

I am sick to death of endless announcements without scrutiny.

I am over it, so bloody over praise for PM Morrison just cause he remembered to go to the potty. Seriously, the bar is that bloody low for him.

Enough! Time to demand this government face scrutiny, become answerable to the public and do the bloody jobs we pay them for. If they won’t, then it is time for media to actually respect the people they are supposed to ‘informing’ and ask some bloody hard questions as to why less is expected from our elected representatives on massive wages than citizens struggling to keep a small business alive.

If you want us to support your #RightToKnow campaign then FFS! Respect our actual #RightToKnow by holding government to account on behalf of us, not being advance PR for the Government with bloody endless announcements.

We need some adults in the room, more, we need to demand that the over-paid, under-scrutinised government MPs and Prime Ministers act like responsible bloody adults for a change, ones that face consequences for shitty decisions and inaction, just like the rest of us adults around the nation! 🤬

This is what adults do Scott! They keep working, they deal with adversity, they get over it and get on with it!