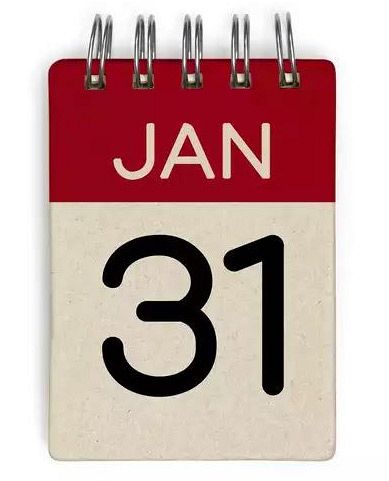 It’s on! Queensland will be heading to the polls on the 31st of January 2015. Now, we all expected an election this year, though considering it did not have to be held until no later than 20 June 2015, we did not expect it quite this early.

It’s on! Queensland will be heading to the polls on the 31st of January 2015. Now, we all expected an election this year, though considering it did not have to be held until no later than 20 June 2015, we did not expect it quite this early. In fact, no-one would have expected an election in to be held at such short notice? Premier Campbell Newman hit up the Acting (yes Acting) Governor General Tim Carmody (a whole other story in itself) yesterday the 6th of Jan to then give us the shortest time possible for an election to be held on the 31st of Jan.

Important: The ever helpful @Drag0nista has a timely post "Queensland election – enrol now (by Sat 10 Jan 2015)" so if you are not enrolled or need to change your details, get on your bike NOW!  Go #TeamPineapple I also stole the pineapple graphic idea off the lovely Paula for my "Queensland Election 2015" area LOL ;-)

January? Yes, you would shake your head and for good reason, as Peter Martin tweeted:

It's the first January election since federation: http://t.co/v0YtCb6cxa State or federal. @theqldpremier #auspol

There are good reasons why you don’t hold an election in January. We are generally either on holidays or working bloody hard to cater for those who are here in Queensland on Holidays, the cricket is on, the tennis is on, parents are stressed getting kids ready to go back to school, and of course in Queensland you have the obligatory Weather. At some stage somewhere in the state will be preparing for Cyclone, Fires, Floods or just the usual Big Wet.

None of this bothered our brave Premier, he said he chose this date because:

he did not want Queenslanders suffering from "uncertainty".  "We can't afford to lose one day," he said. "It would be bad for the economy and bad for jobs."

The more cynical among us think it could be for other reasons such as:

We now have new voting laws in Queensland and giving 4 days (yes you only have until Saturday to get your enrolment details up to date) knocks out a lot of school leavers and others not prepared to actually get the time to get off their butts and get enrolled, as we know, the youth vote is not a particular fan of LNP Governments.

The journalists seem to think it was to catch the ALP on the hop and unprepared, though again, the ALP already had candidates in each seat ready to roll, so not so sure about that one. In fact, considering how little cash the ALP have in their coffers, a short campaign helps them I would think?

Who have already started the election campaign - think it is because the LNP were getting a tad nervous about their latest campaign which had been launched on the weekend in regard to putting LNP last. More on Unions in Queensland later…

Queensland’s recent unemployment figures were awful, the November seasonally-adjusted and trend jobless rate at 6.9 per cent gave Queensland the highest mainland unemployment rate, not exactly a proud achievement for a Government that shouts “jobs” almost as much as “Strong Choices”. To make matters worse, the next round of figures are predicted to be just as lousy.

The LNP are pretty much on the nose, though that will not translate to people going back to the ALP. It has only been a few years since the ALP were decimated in this state and to be fair, maybe should not have been kicked to the kerb so soundly, although they did deserve the voter smack. People have not forgotten the Asset Sales planned, Hospital software fiasco, Council Amalgamations, Traveston Dam drama and more. This has made room for Independents and minor parties to get a look in here in Queensland. These people are not prepared, a short campaign will hurt them. They do not have the backing of big parties and need more time to build a profile for any chance of success. The last thing Campbell Newman wants is a hung Parliament. More on this later…

As Mr Newman himself said in his press conference, though I assume he was referring to ‘economic stability’, Business wanted certainty. Personally, considering the amount of outsourcing, privatisation and of course the dodgy Asset Leasing (don’t say Sale, it is ‘different’ LOL) I am more inclined to think that knowing the LNP have too many seats to lose this election, business just really want their investment promised in Mr Costello’s Audit (a whole suspect manoeuvre that deserves a post all it’s own) returned now so they can have it on the books prior to End of Financial Year? I hope I’m wrong.

Ahh we all love them and there have been some doozies.
The PM is not due back from Holidays until the end of January so that gives the QLD LNP a perfectly valid explanation as to why they don’t have the unpopular PM campaigning in Queensland with them, though without having to actually ask him not to cross the border north.
Still on the PM, If leadership murmers continue to grow over coming months, that is also not a good look for an LNP Government who prides itself on 'strong' leadership to be associated with a Federal Government that has the makings of playing 'pick the leader', so hitting the polls now takes that out of the equation too.
Another rumour, not confirmed, though sounds pretty valid considering all polls point to Ashgrove (the Premier’s seat) being close or him losing it, that LNP heavyweights were fighting out over the Summer break to see who would roll Newman for Premier. Obviously Mr Newman heading to Government House to announce an election before some of these big party men are even back in town from Holidays stymied any coup that was in the wings?

Queensland is an odd bod at the best of times, though this one will be fun.  Hard and fast of course, and probably (unsurprisingly) a dirty election campaign in parts.  Stay tuned…