The recent restructure of the Queensland Police force has starkly highlighted the very serious problem of how slavish adherence to party politics actually hurts democracy. What has happened on the Sunshine Coast where we are losing our Regional Police headquarters to be run from an office 500km away is the perfect example of how wrong this policy of political party dictatorship is.

The recent restructure of the Queensland Police force has starkly highlighted the very serious problem of how slavish adherence to party politics actually hurts democracy.  What has happened on the Sunshine Coast where we are losing our Regional Police headquarters to be run from an office 500km away is the perfect example of how wrong this policy of political party dictatorship is.

Every MP bar one (Peter Wellington, member for Nicklin is an Independent) in the Sunshine Coast area is an LNP member.  They are David Gibson (Gympie), Andrew Powell (Glass House), Glen Elmes (Noosa), Jarrod Bleijie (Kawana), Mark McArdle (Caloundra), Steve Dickson (Buderim), and Fiona Simpson (Maroochydore).  Many of these MP’s are also front benchers.  You would think with that sort of representation in the Queensland State Parliament that we would be sitting pretty as a region?

Not so, in a high growth area, we are losing our Regional Police Headquarters?  Considering the stats that came out of the recent “State of Australian Cities 2012” I find it very difficult to believe that this can be a good move.  The two points below from this Federal Report illustrate why this closure should NOT be happening:
We have the 3rd highest rate of population growth: “The Sunshine Coast’s population increased from 186,391 in 2001 to 241,643 in 2011. This represents a growth rate of 2.6 per cent, the third highest rate of Australia’s major cities and higher than the national average of 1.5 per cent.”
We are the tenth largest city in Australia : “With this above-average growth rate, the Sunshine Coast has overtaken Hobart to become Australia’s tenth largest city and is now home to 5.4 per cent of Queenslanders and one per cent of Australians.”

So how can it be feasible that the 10th largest city with the 3rd highest rate of population not have a Regional Police Headquarters?  AND with the powerful representation in State Parliament that this area has, how can this be allowed to happen?  Party Politics is the answer.  Our MP’s are beholden to Campbell Newman and the LNP.

Now I don’t know all these MP’s, I have heard from others that David Gibson is a really caring bloke who has tried very hard to help people with disabilities in Gympie.  I know my Dad liked Fiona Simpson because years ago when a lot of builders were going bust she was going to the meetings and at least showing interest.  I do know for a fact that Glen Elmes has been very supportive of his electorate (particularly in regard to de-amalgamtion) and I also know personally that he tried to help the business I actually work for when we were bullied by a Sunshine Coast Regional Councillor (thankfully ex-councillor now),  is a decent bloke.

I understand that when you belong to an organisation, particularly a political party, that you have to show loyalty to your party, though what about your electorate?   I am sure all the above MP’s are enjoying their current roles in State Government and I know they  want to be re-elected, so obviously are not going to go rogue and be punished by their own Political Party and it’s leader (we have seen already what happens in that case...), so the loser is the electorate.

An MP is voted in by his or her electorate to represent the will and wellbeing of people in their electorate.    Losing our Regional Police Headquarters without a whimper from our MP’s is NOT representing their electorate.  There will be no REAL democracy in this country until the day comes when an an MP can go against party policy without fear or favour in the interest of best serving  their particular electorate.  Not every electorate is the same, therefore not every MP can possible agree with what “the party” dictates? In the real world you belong to a group because you adhere to the majority of the principals or ideals that group has, ‘majority’, it is not feasible that every single person could possibly and slavishly agree on every single point a group could have, it is just not human nature?  Disagreeing on one particular issue is not disloyalty, it does not mean the MP does not believe in the ethos of the political party they belong to, it just means that on the odd occasion what is being put forward by the party is not actually in the best interests of a particular electorate.  The Premier is just that, a Premier of a State, he is not God, therefore his will should not over-ride that of the people who voted you into your position in the first place.  We (the public) gave you that seat in Parliament, not Campbell Newman, and you should be able to argue in our defence and Campbell Newman (and the men in grey suits backing him) should respect that you are doing ‘your job’, not being disloyal. 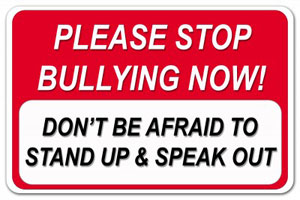 Worse, we the punters have become indoctrinated in that fact and allow it.  We sit around at our BBQ’s whinge about the situation and ultimately someone will come up with the sage comment of “Well what can you expect, they can’t go against their party”.  You know what?  They can & they should!

I dream that one day enough MP’s will take back control of their political parties (both LNP & ALP) and we will have true democracy in this country.  I dream of a day Penny Wong will tell the ALP bosses to bugger off and that she does support Gay marriage, (most Australians are ok with it), I would love Julia Gillard to say no to the” Human Rights and Anti-Discrimination Bill”,  because it discriminates against her being employed by a church group?  AND I would really really like Campbell Newman and the LNP powerbrokers to stop bullying OUR MP’s on the Sunshine Coast and allow them to represent US by saying NO to the closure of our Sunshine Coast Regional Police Command Centre, it is NOT good for us!

Hell, what do I know?  I am just a punter...
Noely @YaThinkN