Prime Minister Gillard has her nose in front, at the moment... 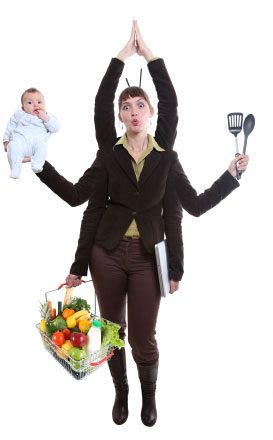 Warning: The below contains unsubstantiated opinions and sweeping general statements...

Whether we like it or not, we have 2 main political parties in this country and as Peter van Onselen wrote in the Australian this morning, “Parliament plods along party lines"  (Behind a paywall where the ever helpful Google can you help you find it with a title search), higlighting how all MP’s MUST adhere to party policy.  As a punter I find this slavish ‘follow the leader’ style of politics stupid, it is just not human nature to have a group of people all blindly agreeing an anything, hell, the average family can’t even do it at the dinner table, but this is what both the ALP & LNP expect.

This sad state of affairs means comparing the ‘leaders’ of each party, “he or she who must be obeyed” is the only way you can decide which way to go when voting if you are a swinging voter, as let’s face, the other MP’s in the party will just do as their told and the minor parties are just not strong enough yet to enter the Leadership Stakes.   I see all this polling in the papers, well, in my 45 years I have never been phoned, neither has one person I know ever been phoned, so this rant is how a daggy, middle-aged mum, living in regional Queensland, trying to survive running a small business and her similarly balancing act, single & married, multi-tasking, mates compare the two choices on offer...

Personality Perception – Yes, that does matter, be it right or wrong, it is human nature to get a ‘vibe’ off someone and a hell of a lot more people vote on that emotional response to someone’s personality than what is given credit for by the so-called political pundits. Julia Gillard’s voice annoys the hell out of me, but is balanced by the fact that she is actually our first female PM (it matters), plus I ‘feel’ there is a real passion there when she talks about Education, something all mums really care about, so big tick.  Tony Abbott on the other hand gets my back up, he appears patriarchal and dismissive. The ‘smirk’ really pushes me over the edge, reminding me of the Private School kids in the mall on a Friday night looking down their noses at us because we were not wearing designer clothes. I know, shallow, sorry, not proud of it, but it is what it is...

What they say – I know a big segment of the media cracked a poo when Mr Abbott didn’t win the last election, kept harping on about a new election, sorry, out in the burbs it is starting to backfire. A lot of people like me are seeing the bias and it is in our nature to support the under dog and Tony Abbott turned Julia Gillard into an underdog.  The constant “NO” has not helped him either.  Most mums have little tolerance for tantrum throwers.  The fact that every time I think of the saying “If you can’t say something nice about someone don’t say thing at all” when Mr Abbott talks give Ms Gillard the points here too.

Money – Hard to compare here, no policies out from Mr Abbott though as he keeps harking back to PM Howard I will therefore use that as the measuring yard.  Mr Howard upped Super for baby boomers, upped private school funding, upped private medical insurance, and the big killer for me, made single mums try to find work when their kid hit school.  Thanks for that, we now have a generation of latch-key kids roaming the suburbs, nice work! Ms Gillard doesn’t get any points here either, kicking single mums in the teeth, yet again, with the Newstart business just makes what Howard started even worse, demonising single mums even further.  You want to help your budget, stop giving money to private schools (that is a choice, not a necessity, you choose not to use the state school you have, stiff bikkies) and stop the baby bonus totally, for god’s sake, generations have survived without being paid to have a kid?  Both parties fail as far as I am concerned when it  comes to money.

Big Picture Stuff – We mums like to have hope for the future.  On one hand, being in the regions the NBN is going to be massive for us (when we finally get the bloody thing) so big tick there for Ms Gillard.  Gonski & NDIS are also big winners, but not started yet, so get cancelled out by the appalling exemptions for legal tax payer funded Institutional discrimination by faith based organisations, no way!  I am hoping the public outcry on that one will make them have a rethink as it does not seem set in stone yet?  Mr Abbot, well, he has not told us of any big plans as yet, so he is not helping himself there.  Being a Queenslander, if he is going to be anything like Mr Campbell Newman, well, he can go jump now!  Government is NOT a business, it is a service provider for the community and what is happening here with cuts, closures and sackings is depressing the whole state, most telling, even life-long Libs are getting feral about it.  Ms Gillard only slightly ahead here as the jury is out as to whether Mr Abbott will ‘Newman’ Australia.  We will watch very carefully on that one?

I am not bothering to cover the Economy orClimate Change as most people don’t think that the Government really has a lot of control over either of them and due to so many external factors, you can only deal with what you are handed at the time.  Carbon pricing has not really hurt us, too many scientists, too many economists and none of us really understand any of them, so doesn’t factor into my comparisons, Journo’s keep plugging those two as the most important factors, but the ladies on the back deck agree with me, those 2 are just too big, too hard and we just don’t feel knowledgeable enough to tackle them without looking like idiots just copying what we think we should say.

Last but not least... Leadership style – Ms Gillard is the big winner here.  The likes of Senator Doug Cameron publicly disagreed with the discrimination exemptions, quoted in the newspaper with “Review 'missed opportunity' to separate church and state”, besides me agreeing with him, the fact he was not slapped down for it is promising and gives me hope that the ALP may start showing a bit more diversity in opinion to reflect the public's views..  Other ALP MP’s have said stupid things on the likes of Twitter and been forced to apologise, actually the sheer fact that some MP’s even interact with punters is a win. On the other hand.  Mr Abbott thinks Mal Brough is a ‘fine man’, umm I live in his backyard and want to know to know the ducks nuts about the #Asbhy gig thank you very much.  He has also had Bernardi, Hockey and now Laming as the latest to toss out stupid bloody comments, yet Mr Abbott seems to think they are not relevant for comment? Gee mate, any mum will tell you that sort of irresponsible, insensitive behaviour is not on and always demands a smack down, so big red cross here too!

Minister Gillard has her nose in front in the Leadership stakes, at the moment...  BUT, I dare both leaders to actually allow some representation from their MP’s instead of blind obedience and Ten bonus points to the Leader who will refrain from repeating the same phrases over & over again, I and my fellow voters are NOT morons.

Then again, I am just a punter, what do I know?
Cheers
Noely  @YaThinkN
I have put the question out on Twitter, as it is the weekend & hot, I don't expect too many answers, as to further pro's or con's come to hand about either Prime Minister Gillard or Opposition Leader Tony Abbott I will list them below with the link (if applicable) in the comments :)