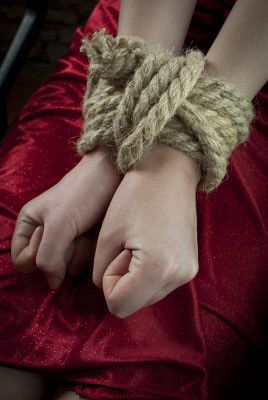 It would be hard for any human being to not feel for the horrific attack on the young woman in India recently.  We don't know this woman's name, though I sick of her being referred to as 'the rape victim', and will not define her as such in this article, she is a 'human being' who has been abused beyond belief.  What is hard to comprehend is that this happens more often than anyone wants to admit and not just in India.  The difference with this one is that it received massive media coverage, which resulted in many actually being confronted with a situation that no-one ever really wants to think about.

The Drum had an article “Where are the feminists to defend Indian women?” written by Swati Parashar, which actually infuriated me.  Not because I did not care what this Lecturer was arguing for, but that it is a futile argument.  Dr Parashar is wanting more feminists to take up the cause for Indian women, which in itself is not the problem, the problem is in how you actually do that?  In current times it seems to be that if you are white, living in a first world country, and dare to advocate for change in another country you are either racist, bigoted or touted as ignorant, not understanding cultural contexts and base accusation of how dare you insult another culture.

There are some very good woman in this country, fighting for equality, equal rights, better representation for women in all aspects of our lives from business to politics, yet, apart from a few, Dr Parashar is correct in her assertion that the majority of feminists are rather quiet in regard to the abuses of women in India.  I am not an academic, though, I am a female and as such we tend to sit together and discuss things as women do.  The consensus was shock and sadness for this poor woman who was abused, though this was balanced with the feeling of “There is nothing we can do about it”.  When this issue is discussed further, it comes down to the base fact that the average female (and in fact even males in this country) are so cowed by the worry of being labeled a racist that we have been trained not to comment on what happens in others countries, or even in this country if another race or culture is involved.

This whole situation is wrong!  Surely, when we as a more affluent country see wrong in the world it is a moral obligation to stand up for it?  The world is getting smaller yet the more knowledge we have about others cultures the more we seem to keep quiet when we see wrong.  I will admit now, I am not an expert on Indian culture, I don’t really understand the power men have in that particular country.  I am also not a religious person, though I am a person that tries hard to be fair and educate myself when possible.  So I ask myself, what is more important when confronted with the facts and figures of what is happening to women in India?  Is it more important to cower behind political correctness not daring to comment for fear of being called racist, or is it more important to care about what is happening to millions (yes, millions) of women and try to do something about it, regardless of small-minded barbs that will be thrown at you.

I would like to think we can all care more about being Humans.  This is also where I take issue with Dr Parashar.  I don't think it is just up to Feminists to defend the rights of the women in India.  It is the obliglation of all humans, male & female, to defend the rights of 'humans' in all countries, particularly when we see a wrong that is being perpetuated, such as in India.  Our Government wants to deal with India, in regard to commerce and with their much vaunted Asian Century White Paper, so how about we raise the issue of human rights as well?  Dealing with heads of Government who don't seem to be interested in doing anything about sexual assault and abuse is to condone the lack of interest.  People protest about child slave factories all the time and try to punish those companies that use them.  Maybe we should be hassling our Government to do the same, attaching women's rights programmes to the Uranium deal would not be a deal breaker and would at least show that we as a nation do not condone what is happening in India.  Maybe there are other ways that this can be raised, there are smarter more knowledgeable people than me out there, I just hope they can come up with something.  As something has to be done.

Of course there are more atrocities happening all over the world, victims of civil war in Africa, Asia child slavery, the disadvantage of kids in some of our Indigenous communities, there are too many to name.  No-one knows why the media will often latch on to a particular story, often it will drive me insane what they focus on at the expense of other stories or issues, though in this case, we should make the most of it.  The plight of this poor woman is in the public eye, so for once, let’s take advantage of the media’s focus.  We can’t bring this woman back to her family, but we can try to highlight the issue, fight against the abuse and hopefully at least attempt to do change attitudes so that this horrific act of abuse does not happen to another human being.

Maybe it is time for all in power to think more about ‘humanity in general’ than excusing assaults on humanity by bowing down to the authority of Cultural Political Correctness and having our hands tied by so-called cultural sensitivities?
Noely
@YaThinkN