Picks battles? WTF! @billshortenmp you didn’t even bother with a ‘skirmish’ to protect Australians?

There was nothing stopping the ALP trying to make commonsense amendments to this new super snoop spying Bill that would protect us from it being abused (as it most likely will be)?

As my friends know, the waving through of the National Security Legislation Amendment Bill (No. 1) 2014 in the Senate last week has made me angry, in fact, you could so far as to say, feral. Since then I have been waiting for the opposition to explain why they didn’t bother fighting it? On the end of my last rant ‘Slow Clap Australian Government, you have done what no Terrorist could’ I gave those who got spooked by the ‘Terrorism Boogie Man’ a big spray and sadly lost quite a few ALP mates as followers due to that statement. Sorry, but not sorry.

Don’t get me wrong. I understand when it comes to security no party wants to look like they are putting our nations security at risk due to political point scoring, that is a fair call. BUT this doesn’t mean you throw the trust that your electorate has given you, by voting for you to represent them, out the window.

There was nothing stopping the ALP trying to make commonsense amendments to this Bill that would protect us from it being abused (as it most likely will be)?

Mr Shorten, you and your party could have put a time limit on it, say, and revisit if such draconian measures are still required in 12 months time? They could have insisted on an oversight committee so that this Government - and future Governments that won’t bother to repeal it - ensure that it is used for the sole purpose it was sold on & not misused? There are a myriad of amendments that could have been put forward to protect our civil liberties and still give our security services more power when required to fight terrorism. Instead the so-called Opposition just ‘played dead’.

This morning it was reported that “Labor ‘picks battles’ in backing new spy laws” and the supposed reasoning is that they don’t want to not appear overly obstructionist on national security? Really? That is the reason? Did a spin doctor give you that advice Mr Shorten?

I would really like to know if Mr Shorten, hell, anyone in the ALP actually read the legislation in full or did they just rely on some political junkie on staff to tell them what response will play well in the electorate so as not to harm Bill Shorten’s chances to get the top job in a few years time?  I don’t know what war the ALP think they are fighting for to ‘pick this battle’ as one NOT worth fighting? 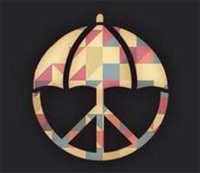 There are people all over the world actually fighting for democracy, just watching #OccupyCentral warms your heart. It also chills your heart to see China take down Instagram. Can’t allow the Chinese people to see their cousins just over the border copping tear gas to protest democratic rights :(  Who is to say similar could not happen here in future, as Social Media is a ‘Network’? Considering this sloppy legislation doesn’t even define what a network is, that is not a far-fetched suggestion. The poor buggers in Hong Kong don't even have close to the freedom and democracy we have in Australia, but they are still fighting for at least some form of democracy, while we are letting our freedom that we take for granted, die slowly with a whimper?

Did any in the ALP actually consult with any ‘experts’ in regard to this legislation? Consult with anyone like umm a "professor of international relations and security studies" who could have advised you that "Anti-terror laws rob Australians of freedoms ISIS hate"?

We need security, but that security is embedded in the democratic values of society and our human rights. If we compromise on those, then we are actually undermining our own security

Do you actually understand the powers that you have given our Security services once a Special Intelligence Operation (SIO) is declared?  We have already seen Attorney-General George Brandis ‘maybe’ abuse the powers he already had, ala authorising an ASIO raid on the lawyer for East Timor, Bernard Collaery (East Timor spying scandal) and he - and others in Government - has now been given more power?

Sorry Mr Shorten, this was a battle you should have at least taken an interest in. There has been the odd media report on how this new super snoop legislation could impede the media investigating and holding the Government (and our security forces) accountable for wrong doing, but it is not just media at risk here. It is all of us, every single person who uses a ‘network’ who is now at risk. As the official Opposition, it was your job to protect us from over-reaching dangerous laws Mr Shorten. It is your party’s responsibility to hold this Government to account, to ensure that the Government acts in the best interests of its citizens.

What ‘war’ are you hoping to win Mr Shorten by choosing not to ‘fight this battle’?

I call bullshit Mr Shorten!  I seriously doubt totally rolling over & playing dead when this vote went through was being bipartisan on security issues to keep this nation safe, maybe more, just plain old fashioned political expediency to look ‘good’ in front of the public and enhance your future political ambitions by making yourself a small target. As I said earlier in this rant, you didn’t have to pig ignorantly oppose the legislation, but if you had any integrity, you did have to at least bloody read it and ensure that citizens rights were protected to some degree.

Mr Shorten, you gave an interview to Michelle Grattan last week that could be sadly prophetic. When asked if you became Prime Minister how you would approach the job, your answer was:

“I would like to be the prime minister for the powerless. People who don’t have a voice in society.”

Well, another slow clap for you Mr Shorten. IF you should ever become Prime Minister, you could very well be the leader for a citizenry who are powerless & don’t have a voice due to legislation you and your party voted for.  Tell me again please Mr Shorten, just ‘what’ and ‘who’ are we trying to protect in this war on terror?

On a brighter note, thank you to the Greens, LDP Senator David Leyonhjelm, DLP Senator John Madigan and Independent Senator Nick Xenophon who at least attempted to scrutinise this bill, particularly Senator Scott Ludlam who very clearly has a clue when it comes to these issues.

Punters tip: This piece by Bill Rowlings, CEO of Civil Liberties Australia, "I could go to jail for this next month" could give you a ‘clue’ too Mr Shorten, should you bother to actually listen to the ‘people’ you purport to represent.

My fellow social media mates (if you have not unfollowed me yet), If you are dirty about our civil liberties being put in danger by our very own Government, I would suggest you contact our so-called ‘representatives’ and let them know. The Gold Wombat award winning tweep, 'Agent 00-PRUNES!' very quickly supplied this 'Contacting Senators and Members' so you can give them a piece of your mind - Quick, while you still can, hell that could be a security risk soon too - as I will be doing, should you wish to do so ;-)

cheers,
Noely
IMPORTANT: Wendy Bacon has put in an awful lot of research & time to do this absolutely essential piece on how we got to this stage when it seemed were suddenly lumped with new draconian laws, it is long & thorough, but well worth the effort:  How LNP, Labor and Big Media gave ASIO more power to spy on you