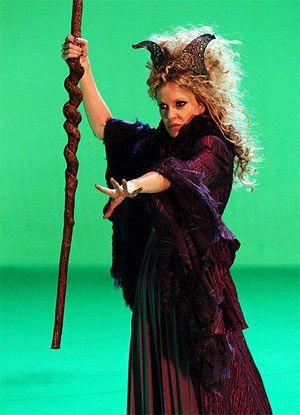 ONCE upon a time, a long long time ago, there was a sunny, beach lined Kingdom, ringed by beautiful mountain ranges, three different villages all living happily, ruled benevolently by their three very different Kings and wise men.   One day, out of the blue, a big nasty all powerful Queen Anna from the far away city came stomping over the range,  shattering the idyll, deposing our kings, decreeing the rule of one King only.  All three tribes were shocked, some villagers were scared, some rubbed their hands in glee, some surfed as normal, resistance was futile.  But, one village would not be cowered and declared ‘war’!  Here ends our fairytale...

The reality of post-amalgamation is very sad judging by the comments made by many in any article the daily puts up that refers to de-amalgamation.  It is obvious that the greater Sunshine Coast region have brought into the decades of Noosa branding.  “Tossers”, “White Shoe Brigade”, “Special Ones”, “Rich Snobs”, “De-amalgamation Mafia”, “Noosa hanging on like a parasite”, “entitled out of towners”, “Get rid of Noosa can't stand the place”, “village idiots”, “privileged Noosa-ites” you could seriously go for pages with the insults and denigration exhibited, my personal favourite is, “Elitists”, not often can you see a mention of de-amalgation without that old chestnut being tossed out.

But you know what?  The average person in Noosa is NOT elitist.  If you have a look at the last census you will be very very surprised by the socio-economic demographics.  Due to great branding & advertising over decades, Noosa is synonymous with Cafe Society, Exclusive Resorts, 5 star restaurants, Luxury homes, sort of the ‘designer label resort town’.  Well done to Noosa Tourism, they have done a great job!  The media help too, the retired Rich & Famous will always be featured prominently, even further enhancing the ‘prestige’ of Noosa.   Just like the ogrish Queen Anna, I am going to stomp on that fairytale!  The aforementioned are a small minority, a very very small minority of 'special' people.

In fact, the average Noosa ‘villager’ does NOT hit Hastings Street every night to wine & dine (they can’t afford it);  All the young-uns don’t go to exclusive private schools (umm the top two on the Coast would be in the old Maroochy shire?); The majority of the luxury beachside properties are not actually owned by locals at all; NOR does the average Noosa Joe actually sit around at leisure all day in their white shoes with the flowing linen garb eloquently discussing the Biosphere/Opera/(insert any high brow inference) as they swill their imported Champagne.  I know this will shock many on the Sunshine Coast BUT most Noosa locals are not mates with Richard Branson, Bob Ansett, David Williamson, (again, insert any favourite rich person photographed in Noosa) or Pat Rafter...

The average Noosa ‘villager’ is in fact just hard working families, many with small businesses, retirees &  semi-retirees doing volunteer work, kids worrying about exams, just the SAME as the rest of the Sunshine Coast.  Noosa is a bit different, pretty green, small town mentality, BUT the only big difference, is that maybe being smaller and having the experience of a vastly different type of council to the rest of the Coast, they wanted to keep it that way.  Democratically speaking, there is nothing wrong with that.  Should Noosa win their bid, Congratulations to them, they have worked hard and deserve their democratic right to be heard and paid attention to!

Should Noosa lose their bid to become their own council again, it will take years to repair the damage that has been caused.  Please, fellow coasters, my plea to you is to debate the issue civilly.  Debate it on economic, operational, governance, business, whatever you like, just make it real, stop the name-calling, stop getting sucked in by the fairytale that Noosa is perceived to be.  We all live in this region and regardless of de-amalgamation outcomes, we need to work together for the sake of everyone in this region!

PS.  Umm Mr Branson, if you are reading this, I wouldn’t mind you shouting me a free dinner at a restaurant in Hastings Street, you can choose & even dine with me if you wish?  Been umm lets see, I am 44, my 40th birthday was, 4 years ago, geeeeee ages since I dined there? :)