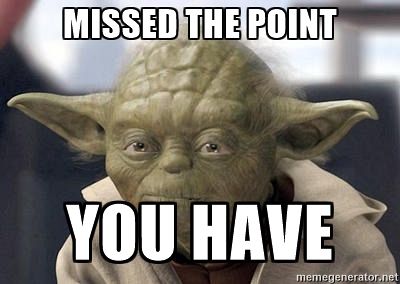 OK, I spent too long this morning debating with COSBOA (Council of Small Business Australia) on Twitter the penalty rates issue. Credit to COSBOA though, the debate was civil, which is nice to see on Twitter, you can view "Penalty Rates COSBOA Twitter debate" if interested.  Anyhow, long story short, they were more interested in the dodgy ‘trade’ the odious shoppies did than the actual benefit to Small Business of the Penalty Rate Cut, which, in my opinion is next to zero.

I am a Small Business Owner. In my job, I’ve been dealing with ‘literally’ thousands & thousands of other small business owners for over a decade. To remain viable and employing people (Small Business is the biggest employer in the nation) we do need help. Penalty rate cuts are not it! In my opinion COSBOA are not fighting the right fight. AND politicians are bullshitting Small Business - again.

So... This frustration led to a twitter rant which I have condensed below as, sorry, it was all over the shop, I was a tad cranky LOL!

Prepare for incoming thoughts on #PenaltyRates cut. Note: I'm a Sml Biz Owner who has literally dealt with 1000's of Sml Biz over a decade.

To more easily load the page, I have obviously only copied & pasted my comments, not embedded the tweets, though, I could have added many more points but ran out of steam. See further tweets below of others who added to the issue I was highlighting.

Urban myths take hold though; like the one about the LNP being good economic managers 😉 https://t.co/jYzTz244vP

A reduction in Payroll Tax would be more effective #auspol https://t.co/VtsXd0dZAs

@YaThinkN If Sunday is not 'special' as they claim, why not have a day off through the week. #penaltyripoff

@YaThinkN it's more to do with smashing union power and workers' rights than the money, they want 3rd world wages & condits for workers..

#onpoint @YaThinkN many of our members struggle to operate under these conditions #smallbiz #hair #beauty #salonowners https://t.co/tcykGIarHZ

Absolutely spot on. The cost of retail space in this country is a joke. https://t.co/rEsLsimPjt

Property is unaffordable for residential & commercial alike; vulnerable staff also have to honour their own overpriced leases https://t.co/96BRkzAOzc

As an aside, interesting results here "The polling on penalty rates shows populism is not a monolithic beast" on Penalty rates, not so popular in fact.