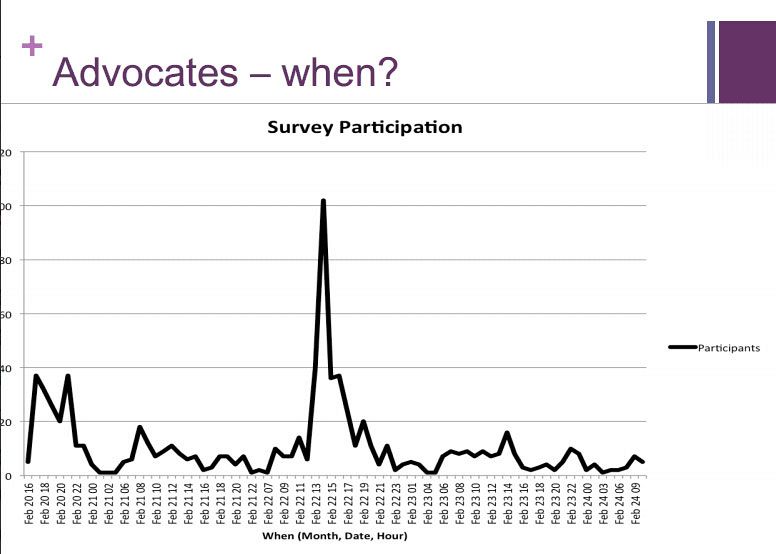 Pretty cool win in the last few days. Our social media crowd-sourced submission to the Senate Select Committee on the NBN, actually got mentioned in the Senate hearings on the 12th of March, to Mr Ziggy Switkowski himself.

20 March 2014:  Patrick Spedding has done a brillian analysis of what speeds we will need in future on "The Need for Speed" and I strongly suggest you read.  We are so glad that the data we collected could go further & be useful here too with others trying to raise this issue of decent, stable, future-ready Internet access in Australia.

17 March 2014:  Most excellent write up by @no_filter_Yamba on how our survey was used "#MyBroadbandvReality: turning an online survey into an effective political tool", so good in fact we wish we had thought of doing that, thanks mate :) 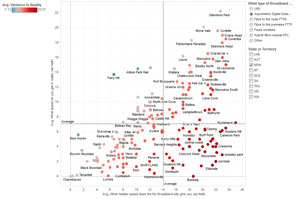 The Brilliant Patrick (@spedding) (who also has been involved in another Senate Submission in regard to the NBN) grabbed a copy of our survey data & went to town on it!!  You have to look at what he has done, brilliant.  So far he has done New South Wales, BUT make sure you click on the little tabs at the top, as it displays a much bigger story here "MyBroadband vs Reality" geographic mapping.

Note, prior to seeing our submission, Patrick came up with this awesome graphic that pretty much illustrates projected future Internet speed needs "Big Data Needs"

The wonders of online connections means we hope to do future collaborations with Patrick as we all have the same aim here & hopefully more heads working together in conjuction with the many of us online can help to sway future broadband discussions in such a manner that we achieve a more equitable outcome for ALL Australians which will serve us better going forward.

Pretty cool win in the last few days. Our social media crowd-sourced submission to the Senate Select Committee on the NBN, actually got mentioned in the Senate hearings on the 12th of March, to Mr Ziggy Switkowski himself. See page 42 of Hansard for that day, though it was in relation to customer feedback & was as per the below excerpt:

Senator RHIANNON: Mr Switkowski, are you aware of the website yathink.com.au?
Senator RHIANNON: The reason I am asking is that I have just come across it and it is very interesting. It provides a comparison of MyBroadband statistics with actual observations. Could you take on notice whether any of your people follow it, because I would be interested to know if it is something that you are using, or would consider using, to correct the problems with MyBroadband.
Dr Switkowski: I will.

PLUS we finally had our submission ‪'#‎MyBroadbandvReality‬ Submission to the Senate Select Committee on the National Broadband Network' officially selected & is no. 52 on 'Submissions received by the Committee'  YAY!

So as Paul said "Over 800 participants, 7 Days, 4 Main editors, 3 Timezones, 2 Continents, 1 Senate Submission." and it looks like we might get a hearing :)

If you wanted to have a look at all the data then you should see "MyBroadband vs Reality survey results" as that shows the over 800 participants information (less names of course), many with comments on their current broadband experience.  Note we are very happy to see that the Senate Committee included our supporting data with the submission.

Paul has also broken up the data per State, so if you are wanting to see what speeds were submitted for your backyard skip over to "My Broadband vs Reality - the States & Territories" for a squiz, please note, if you do want to disseminate any of those very pretty graphs on the likes of twitter, please credit @davispg

In other news related to our Broadband needs:

I am still trying to compile information for a supporting piece to illustrate to Govt that stable, fast Internet access is NOT a luxury, it is a Utility, so if you have not submitted your info yet, please do on "What do you use the Internet for?"

OK, remember prior to the Election we kept being told that the Coalition would install the NBN 'faster'? If not, here is a reminder: "Turnbull: Australians will have faster broadband sooner and cheaper under Coalition" (17 March 2013).  Obviously when that was clarified we were told not faster 'speeds' but would install the Network itself, ie roll out 'faster', well...  All we have had is review after review and now this sad report :( "Will I get fibre, cable or satellite under NBN? You'll know later this year, says Malcolm Turnbull".  Someone remind when the Coalition came into Government and umm how 'long' it has been since NOTHING has happened faster? 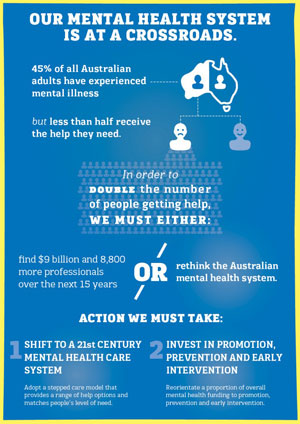 ReachOut.com by Inspire Foundation produced "Crossroads – Rethinking the Australian Mental Health System", and it is a very good report.  Sadly, from our feedback it would seem that due to the inadequate speeds, bandwidth & stability of particularly regional internet access, there seems little hope of e-health being accessible & utilised in these regions that desperately need assistance & as per the site "To address the increased demand for services, a solution must be sought that enables more Australian’s to access mental health support that is effective, cost-efficient and sustainable" (EY CEO Rob McLeod).

We hope that the Government seriously looks at this as a long term health cost that will only continue to spiral out of control IF they don't put a higher priority on Broadband in this nation.

The World Wide Webz turned 25 yesterday, yeah, I know, scary...  (hence silly gamer title for this piece, reminiscing of back in the day LOL) For a trip down memory lane this is a really good piece "Links to the past: a history of the world wide web – timeline" THOUGH considering 25 years is not very long in the scheme of things, it is worth pondering just how fast the Internet has grown & become a stable part of our lives?  Too many of us are not getting adequate service now, the NBN will take years to build across the country, and sadly seems to be very limited in it's future focus.  As per most infrastructure, where the Government yaks for ages amongst itself to build a new road, only builds one lane, it takes ten years and we all know by the time it is finished we really needed two lanes, EXCEPT for a road, you can normally take alternate routes to avoid the congestion.  With this Broadband rollout, it seems too limited now and no way in hell will it cope with further expansion in the future, OR if they do attempt to improve it, just how much more will it cost then, rather than doing it properly now AND in the meantime how many 'Australians' will be left behind?

This has received very little media coverage which is a great shame:  Mr Turnbull thinks it is too difficult to have FTTP throughout our wide brown land, BUT "Telekom Indonesia will roll out fibre to the premises to at least million homes across 17,000 islands in Indonesia."

If I find any further related news, will toss up here as I see it :)