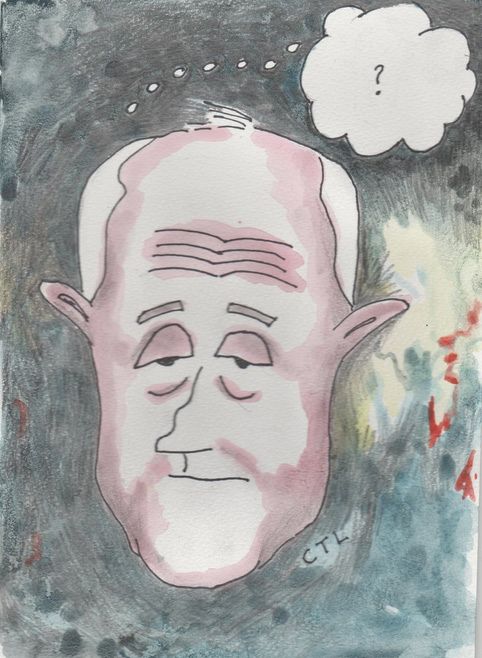 As any parent can tell you, words matter as much as actions. If your kid mucks up, you just glance at them and carry on, your child does a little happy dance as they take that as a thumbs up to carry on with whatever mischief they were up to.  It is only when you pull up your child and reprimand them do they take you seriously and stop misbehaving.

Adults are not a hell of a lot different. We have all worked in a job with disruptive or rude colleagues and it is really only the boss who can change that behaviour. The ‘culture’ of a team, school, family, hell any group, always comes from the top. Weak leaders mean bad behaviour, loser attitudes etc.  Malcolm Turnbull this week showed us exactly what he stood for this week and the standard he was willing to walk past and it was not pretty judging by what he was going to allow the kids in his own party to get away with :(

This week, we saw Malcolm Turnbull, the boss in Government tacitly condone the most abhorrent behaviour by not just members of the Senate and Parliament, but by members of his own team.

It was wrong of Malcolm Turnbull who supposedly supports Marriage Equality to agree to the so-called non-binding squillion dollar poll that is the 'plebiscite', it was worse to bend to the first salvo in this war against the LGBT community by the extremist elements in his own party and allow a review of The Safe Schools programme.

This was sheer pandering and showed that the PM cared more about keeping his own job than the safety and wellbeing of vulnerable kids in our community. The press gallery can report the ‘political strategy’ as much as they like, though the final result is that a programme that is supposed to be a positive impact in regard to gender diversity and inclusion in schools – and maybe do a little thing like save a few lives on the way {dripping sarcasm} – is now being hijacked by the bigots and homophobes to use as a bat to bash the LGBTIQ community. As Judith Ireland so succinctly said “The review has given credence to the panic.”

The Press Gallery may be able to discuss the past week as ‘political strategy’ without having to take a shower to get the muck off them but they do the nation – and the vulnerable LGBTIQ teenagers – no service with examples like Mark Kenny: “Responding to inflammatory comments by the LNP backbencher George Christensen”
Inflammatory? Why yes, Mr Christensen’s comments did ‘inflame’ a horrible situation further, though maybe adding “Homophobic” or “Bigoted” might have been a more apt description befitting of the actual ‘grooming’ comments made?

Sadly, our PM then doubled down. He didn’t just fold that back bone of his, he totally concertinaed his spine by tacitly condoning the repulsive utterances of both Cory Bernardi and George Christensen.

When finally asked to respond to the scare mongering, ill-informed, bigoted, homophobic comments by George Christensen he squibbed. Our PM offered up the below pretty language which at no time actually acknowledged or condemned the harm his OWN team members were inflicting on the already persecuted and vulnerable youth in our nation. No, he said:

"And ... consider very carefully the impact of the words they use on young people and on their families,"  ...  "Every single one of us is absolutely, resolutely opposing to bullying of children of any kind."

Well Mr Turnbull obviously NOT every single one of you is opposed to bullying as that weak as piss response gave every nasty person in your political party the opportunity to think your comment was either not directed at them personally, or worse, you didn’t consider their recent behaviour bullying.

I have an idea for Mr Turnbull... How about the PM “consider very carefully the impact” of his own words? Dog knows he uses enough of them, so how about he consider that by not reprimanding his kids he has tacitly condoned their current behaviour and they will continue to carry on their own merry way, inflicting as much damage as they can in pursuit of their extremists agendas? In fact, I would expect they will up the rage factor as quite clearly, there are no repercussions in their job for spreading their bile far and wide?

This is for all the LGBTI, bookish, nerdy, weedy, aspy, odd, misunderstood, misfit kids.
My @smh Sun-Herald cartoon. pic.twitter.com/sRn9DE0G74

There are ramifications. Big ones. As we saw in the Abbott period, aggressive speech and dismissive behaviour towards women was allowed to flourish as it came from the top - though we have to note that even Abbott dealt with and demoted Bernardi for his repulsive ‘bestiality’ comment back in 2012 – and now Jill Dill and Joe Blow are seeing that it is perfectly acceptable to be homophobic or bigoted because Government Ministers are and the big man at the top has not pulled them up for it?

Who then is responsible for the culture of bullying in Schools? Who is responsible for the LGBTIQ (and other bullied kids) who in utter despair at this bullying, self-harm and worse, attempt to take their own lives? When you allow homophobic and bigoted language to flourish at the very heights of our Government can you still say your hands are clean and your actions are not in way attributable to further harm in the community?

I like many others, expected better from the more reasonable and erudite Malcolm Turnbull as leader. As Paula Matthewson said in her “PM spurns devoted supporters” piece yesterday:

“But voters do expect their politicians to be authentic, reliable, and true to whatever principles they claim to be guided by.”

Sadly, this recent ‘ethical weakness’ from Malcolm Turnbull doesn’t just disappoint those non party faithful who would have voted for him, it thoroughly disgusts them, as quite frankly, the bar was set higher for him as a ‘reasonable’, ‘thinking’ man and to quote Paula again:

Which, of course, brings us to Malcolm Turnbull, and the week in which the shards of smashed voter expectations started to rain down upon the prime minister.”

Many people can have an impact on a child’s education in regard to right and wrong, but only a parent can actually enforce and ensure that their child acts and lives by these expectations and they do their by their own words and actions in response to misbehaviour. Just as only the ‘boss’ can control their unruly staff and pull them into line by his words and actions. To not do so, as Malcolm Turnbull has done this week, just makes for a weak-willed, arse covering lackie more worried about keeping a going nowhere middle management job and this sort of ‘boss’ is utterly undeserving of respect.

If Turnbull is letting his parliamentary kids run riot now, just imagine what sort of damage they will cause in future when their war on those who are not white, Australian, heterosexual, or so-called Christian really ramps up?

Yours in despair :(
Noely

PS: Good Safe Schools information here from someone actually working in a school & seeing the benefit of this program, Teacher, @Michael_Jongen