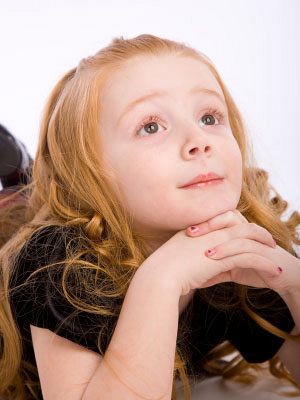 I fully believe in merit based success. I firmly subscribe to the view that it should be irrelevant whether you are male or female, young or old, religious or non-religious, short or tall, black or white, hell, even green or yellow for that fact, working hard and doing the best job you can is all that should matter to validate you.

I fully believe in merit based success. I firmly subscribe to the view that it should be irrelevant whether you are male or female, young or old, religious or non-religious, short or tall, black or white, hell, even green or yellow for that fact, working hard and doing the best job you can is all that should matter to validate you.

BUT having said that, as a female and a mother of a daughter, I have to confess, to being a Hypocrite. There was a part of me yesterday that was absolutely thrilled to see a Female become Prime Minister. Obviously the circumstances were not good (and we will get to that later), but it does not change the fact , that the seal is now broken.There would have been so many little girls sitting around dinner tables last night, hearing their parents talk, and thinking, hey, I might rule Australia one day... Kids are really simplistic, reminds me of my Grandma's saying, "Monkey See, Monkey Do", and human nature being what it is, we can't help but compare ourselves to others.

Yesterday brought back a memory for me of my daughter when she was 6 or 7, we were reading 'Snugglepot and Cuddlepie' and somehow the conversation got around to the author May Gibbs, how back in the early 1900's there were not that many women authors and how May Gibbs even had difficulty getting a bank account in her own name for book sales. My daughter thought that was 'stupid', "Why Not?, I have a bank account". And so the females voting etc. chat ensued. This conversation illustrated how kids see the world, and cannot envisage not being able to aspire to something when they can patently 'see' that others have done so.

Nasty stuff how we got our first Female PM and the blogs seem to have a recurring theme in the comments about how 'We did not elect her'... A worry really, if that is the majority consensus, as it shows a major lack of understanding ofthe Political Process by a majority of Australians, (maybe seriously teaching Government in school would be a good idea to add to the 'Education Revolution'). We NEVER elect a Prime Minister, regardless of the pretty pamphlets and all the polling asking who do you want as PM, the sad fact is, that we haveno choice whatsoever, and never have. It is an odd irony that Political Parties, by their very nature, are Non Democratic which is particularly perverse in a Democratic country where it is illegal not to vote. Every Political Party have their 'men in grey suits' (normally men), high flying members of the party, normally called 'Caucus', who sit down, look at all the members in the party, decide who is going to look good for them to win the 'hearts & minds' of the voters, and that is who leads.You and I have nothing to do with it. In fact, even when you vote, you are not voting for the leaders, you are voting for your Local Representative, and this is where Political Parties can become even more un-democratic.

Hypothetical... I am using Labor in my example here, but all the major parties are basically the same.

Let's say the Labor Party policies seem ok to you, and your local Labor Candidate seems like a good bloke, so you vote him in. He says "I feel so privileged that you have honoured me with representing you in Canberra blah blah...". But later down the track, Labor decide, Right, we are tidying up the beaches of Australia.We will be putting into law that you need to get a licence to use the beach... (Yes, I know ludicrous, but stay with me here). Now, obviously being a beach loving area, we would not be very happy about this. In fact we would scream blue murder and expect our Labor Guy that we voted in to do everything in his power to stop this stupid law, which the 'Majority' of the electorate here hates. Guess what, even though his first responsibility should be to represent the wishes of the majority of his electorate, he won't! He will apologise, tell you it was out of his hands, stress how he tried, blah blah, but the fact is, he will always vote in Parliament as per what the "Party" wants, not his Electorate. So even though in a democracy, the Elected Representative is supposed to responsible to his electorate first & foremost, if they belong to a Political Party, they are not, and in most cases, Political Parties will not allow a conscience vote, nor will they allow any sort of dissension as they think it will dilute the 'message' or 'brand'. Sort of fraudulent if you think about it?

Your guess is as good as mine as to whether Julia Gillard will be a good PM or not? I hope so, as from a purely non-political perspective, it would be great to see more females aspire to the top job because she was (hopefully) a good role model. Regardless of their Agenda, maybe the 'Men in Grey Suits' have done the future female generations of this country a Favour? Either way, it looks like the fun and games of a Federal Election are about to heat up, and as our new PM said yesterday, "Game On"!

What do you reckon? Think She will be a good PM? Feel Sorry for Kevvy07? Think things will change? Let us know your Thoughts...