How many silent Catholic bystanders are there? 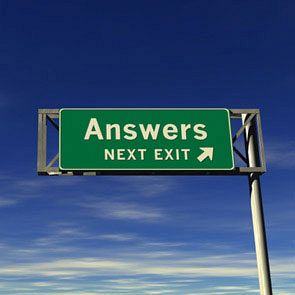 I wonder if there is so much support (and Anger) amongst Catholics themselves about this Commission being announced is because they are quietly ashamed of themselves?  I know I am!

The Catholic Church must feel like it is in the Twilight zone at the moment.  I am sure that Cardinal Pell never thought the church would be popular on twitter?  Sadly it is his name “Pell” and  #RoyalCommission which are trending massively in Australia.  Alan Jones thought he was ‘persecuted’ by social media, he got away scott-free compared to Pell & the Catholic Church, and it is just beginning...

From what I has seen in Cardinal Pell’s media appearance, he is clueless.  I honestly don’t think he understands where all the anger is coming from.  The likes of the Australian actually have an area onsite dedicated to the “Abuse Royal Commission”, all over the country the media is featuring the Royal Commission, articles and experts are all coming out of the woodwork, and the feedback in some cases is virulent to say the least, see comments on the Punch’s “It’s time to break the seal of the confessional” by Tory Maguire for just a sample of the anger this has all generated.  Though Ms Maguire is right, it is also time for many Catholics to have a look at themselves as well and confess?

Cardinal Pell is still thinking that the media have been ‘unfair’ with ‘significant exaggeration’.  Sadly, being a lapsed Catholic who went to Catholic Schools, so have had a fair dealing with Priests, Nuns & Brothers, I actually think he is telling the truth, not covering his butt or hiding anything at all, he honestly would believe what he is saying.   Before I get jumped on, I am not excusing him at all and no way in hell do I condone what the Catholic Church seems to have condoned in any way shape or form.  I just don’t think Pell is lying.  I think he honestly believes what he says.

There have been all sorts of articles as to why the Catholics are the worse.  Personally I think it is a 50/50 type of situation.  For one, as per the 2011 Census, Catholicism is still the most common religion in Australia, so it obviously stands to reason taking into account the law of averages there is going to be more cases of abuse.   A lot of people are blaming the archaic practice of celibacy as the major factor in abuse in the Catholic Church.  I actually disagree with that.  Personally I think that the abuse is there because in a lot of cases (and it will be interesting to see if this comes out of the commission), the priests or brothers who are the abusers have been brought up in the Catholic system were abused themselves as youngsters.   Statistics on rates of child abusers who were abused themselves as children are controversial, though in the case of the church with it’s closed society and the total authority in the hierarchy means they are a different society running parallel to mainstream society.

At school the Nuns ruled, teachers were subservient to them, no way in hell would you ever complain about a Nun at home to your parents, it would not be believed in a million years, they were special, and they are the lowest on the Catholic tree?  Then you would see the Nuns interacting with the Brothers & Priests, subservient to them, seriously, if the Parish Priest visited the classroom for some reason, the Nun would have us spruced up beautifully and introduce him as if he was deadest God’s rep on earth.  As you got older there would be special masses with a visiting Archbishop or the like, again, it was then the Priests turn to be subservient and act like the King of England was visiting so we would all be sitting in hushed awe that he had graced our humble church with his presence.  Now this is just in suburban Brisbane, going higher up the ladder than that must be very lofty indeed?  Do you think if the average Catholic kid was not going to roll on a nun for anything that they were even going to ‘consider’ saying anything about a Brother or Priest?  It would be unthinkable.

I went to one of those co-ed Catholic Primary Schools where you progress on to the Girls only High School,  with the Boys High School next door, where of course you don’t go across the drain and talk to the boys that only a year or so ago were sitting next to you in class as you might get pregnant UGH!   Anyhow, it was common knowledge after Athletics training that you did not get caught on your own putting equipment away in case you got cornered by Brother Barney (a retired Brother that did odds & ends around the Boys school), Barney was not his real name, just what we all called him.  Basically he would ‘accidently’ touch your leg, back, bum, wherever, whilst helping you put away hurdles or the like.  No-one ever said anything, it was just accepted and you stayed out of his way.  One day a girl in my grade did actually report him to the head Sister of my school.  It was a big hush hush whispered scandal amongst us all, nothing was ever officially said, next thing, the girl in question was moving school.  Worse, our attitude was that we could not believe she was that silly to report him?  Seriously, can you believe as teenage girls that we basically blamed ‘her error in judgement’ for her having to leave the school?  Looking back now, I personally find that horrifying and shameful.

I am not excusing myself, you have to look at this in context.  You are bred from birth to believe that the Nuns, Brothers & Priests are basically a ‘sacred site’.  If something happens that you don’t like, it must be your fault in some way shape or form, never theirs, or, as a kid, you just don’t understand and you will “in the fullness of time” (man I hated that saying).  Now I went to school in the 70’s/80’s and was constantly told how Liberal it was at our Catholic School, how lucky we were as it was not so strict etc., etc., So imagine, if my age group had the clergy held in that sort of ‘awe’ what was it like for the generations previous?  The little boys who went to boys schools, were abused, then became brothers or priests themselves, never leaving that cloistered atmosphere, having higher clergy above them just moving them around, telling them that God is testing them or other rubbish?  Therefore this insidious, unusual lifestyle that bears no relation to actual reality just continues and is reproduced generation after generation.  Remember, to go higher in the Church you are fully and have always been fully immersed in the Church.

I seriously hope that this Commission actually does find out how many of these Clergy that have committed abuse, were actually abused by the church themselves?  I think bringing that to light alone would improve the Church and it’s hierarchy more than anything else to insure that this all stops now.  Sadly, the church has done a lot of good over the years, though without truly participating in this enquiry, admitting it’s mistakes, being punished for the abuses and changing it’s handling of complaints, it will never be able to carry on with any good works.  While everyone who is trashing the church rants and raves, some, like myself, should also have a good look in the mirror.  I know I was a kid, I know it was a situation of indoctrinated training, I know it can be excused, BUT, I also had a feeling in the pit of my stomach at the time that it was not ‘RIGHT’.  I have to live with that and have hoped that I have taught my daughter better, But how many others are out there as well who stood on the sidelines silently?  We are the people who tacitly allowed this to happen.