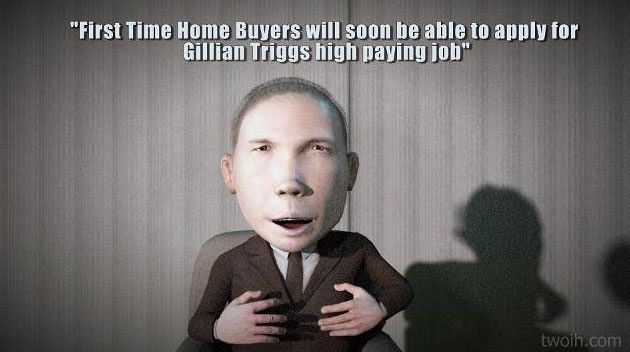 How many Abbott Government decisions pass the "Joh" test?

Right from dot, we had Scott Morrison with his Operation Sovereign Borders. Bringing in the military to fight off the scourge of the evil asylum seekers – as we know that they combined with ISIS are the greatest threat to this nation as we know it, Tony told us - Family violence, what family violence SIGH - and of course, in doing so, rendering them unanswerable to the public or press gallery.

Anyone who followed Queensland politics in recent times was aware of the popularity of the hash tag #HereWeJohAgain due to the recent LNP Governments penchant for trampling over civil liberties and the law in their pursuit of re-moulding Queensland into their own ideological likeness.  We in Queensland recognised this pretty quickly as the "Joh" Bjelke-Petersen era, which raised the LACK of separation of state to an art-form. It may have been decades ago although the wariness of ensuring that it never happen again lingers.

What is interesting is that many don’t seem to see that this is now happening Federally as well? As soon as the Liberals got the keys to the castle they got their ideological jackboots kicking. The Climate Council, gone, any head of department with even a tenuous link to the ALP, gone. In fact, pretty much any statutory office holder who wasn’t a paid up member of the Liberals was either out on their butts or in a few cases like Ms Triggs, the campaigns to remove them are a work in progress. Many in the media have explained this away as “Well that is what new Governments do... or Labor did similar...” etc. These actions seem to be taken as a whole by the media and shrugged off, this alone is dangerous, yet what seriously keeps me awake is the lack of scrutiny in regard to the scope creep in relation to separation of state.

Right from dot, we had Scott Morrison with his Operation Sovereign Borders. Bringing in the military to fight off the scourge of the evil asylum seekers – as we now know, combined with ISIS, this apparently is the greatest threat to the nation as we know it, Tony told us - Family violence, what family violence SIGH - and of course, in doing so, rendering them unanswerable to the public or press gallery. We have no idea what has been done in our name and to this day it frustrates me when the likes of David Speers is chatting to pollies and tosses out “Well you have to admit the boats have stopped...” Really? Have they? How would you know, it is all “on water” secrecy bullshit so how can you, as a reporter, state something as a ‘fact’ when you have not verified the source of the information? I thought verification was journalism 101?

The ignoring of oversight or accountability didn’t stop here. We then had Mr Brandis calling in his ASIO mates to raid a Solicitors office to help find out what dirt the whistleblower assisting Timor-Leste in their spying case against Australia had on them. If that is not all sorts of wrong I don’t know what is? Though of course our head lawmaker – who ignores the law – just tells the International Court, “Trust me, we won’t actually use the documents we found...” LMAO! Yeah right, I have a bridge to sell you if you believe that?

Brandis was not content with ignoring the Law, he then doubled down on it, with his ‘tranche’ of new National Security laws. He made himself the sole decider of what can be considered a ‘Special Intelligence Operation’ (SIO), so don’t piss off Mr Brandis, he will have his ASIO mates knocking on your door and nothing you can do it about, in fact, you have no recourse and guess what, there is no oversight thanks to the ALP being gutless whenever the ‘security’ bogeyman is called out by the Abbott Government :(

If that sort of power doesn’t shout #HereWeJohAgain you are not paying attention.

There are of course all sorts of examples beyond the above two where this current Government shows a total lack of respect for the Law and Independent oversight. From the PM and his ridiculous Knights & Dames to old mate Brandis again deciding who should get Arts funding - Ballet & Opera for all SIGH!

Most recently we have the whole Dutton Citizenship debacle.

How any modern Government could possibly think that it is acceptable to allow a Minister - a ‘politician’ who only holds his post at the whim of a Prime Minister for political purposes, not because they are actually ‘qualified’ to run a portfolio – to decide, without oversight, without direction from the law that they can summarily strip an Australian of their citizenship is just beyond the pale. Dutton as an ex cop should know better about respecting the law and for Abbott, well, it is a bit rich for a bloke who only bothered to become can Australian citizen so he could scam a scholarship to be extolling the 'obligations' of citizenship in Australia?

What is more horrifying is that we are actually relying on a few members of the Liberal Cabinet to stop the PM & Dutton going the whole hog and stretching this power to sole citizen holders. As if stripping from Duel citizens was not enough? Hell, the ALP would not have stopped this, as they fold like a slice of Mozzarella as soon as the Government screeches “SECURITY”.

There are many more examples of this type of behaviour which shows an utter lack of respect for the Law or good Governance, from attempting to circumvent the Senate to a dodgy Speaker of the House who patently fails to understand what her role actually is and who has sunk our Parliament into further disrepute, maybe someone should give Ms Bishop an audio book detailing the Speaker obligations and rules as she clearly has not read them.

These actions should be looked at as a whole by the media and if were done so, would give the public a much better indication as to where we are heading as a nation and the potential damage we are doing to ourselves domestically and of course our reputation internationally. Makes me think of that RACQ add where the wife is running around with a blanket on her head "Boat! What boat", in our case it is "Reputation! What reputation."

Whenever new laws or changes in power held by individuals or entities are proposed my rule of thumb is to always apply the Joh scenario to ascertain whether they could be dangerous. I ask myself:

“What could Joh Bjelke-Petersen have done with...”

If the answer is abuse the law, use the law to corrupt civil liberties, cover up wrong-doing, allow misuse of taxpayer funds, allow a mate/politician/donor to profit, etc. etc. – it really is a long list – then it is a BAD decision.

This government has not even finished its first term, yet it is really starting to feel to me that they have flicked their usual political advisors in favour of the ghost of Joh, as not too many of their decisions actually pass the "Joh" test in my eyes? Transparency, Oversight and adherence to the rule of Law are integral to a well functioning Democracy.  We need both ourselves and the media to stop looking at each Government decision made as a ‘one-off’ aberration, as there is a seriously concerning pattern emerging that needs to brought to the punters attention.

Do yourself a favour, have a think about the decisions taken by this Government since they have been in power, how many pass the "Joh" test in your eyes?

Knock yourself out, what are your personal favourites in regard to abuse of power in recent years?

PS. For those wanting actual Facts in regard to citizenship laws and how the Government is positioning itself above the law of the land, please read Ingrid Matthew's "The national conversation on citizenship we should have" as it is terribly well researched with links to all relevant legislation, law, amendments to law etc, by the lovely "citizen scholar" herself :)