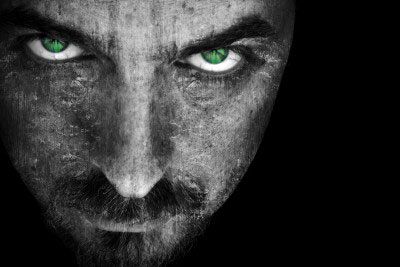 Hmmm Why is Campbell Newman interested in Qld Electoral Reform?

Call me cynical, but when a Government decides out of the blue that “Fair and effective electoral laws are central to the promotion of participation in our democracy” (see Jarrod Bleijie press release here), I am suspect. I have not heard anyone yelling about anything wrong with our Electoral system so why the discussion?

Call me cynical, but when a Government decides out of the blue that “Fair and effective electoral laws are central to the promotion of participation in our democracy” (see Jarrod Bleijie press release here), I am suspect.  I have not heard anyone yelling about anything wrong with our Electoral system so why the discussion?

Queensland is supposedly a bee’s wee wee from bankruptcy, we have no money for decent health services, TAFE & Schools could be flogged off, though, not only do we have the funds for Campbell’s ‘Tower of Power’, we also seem to have the spare cash to investigate the “Future of Electoral Reform in Queensland”?  Discussion papers and the putting together of legislation to make changes is not cheap so why has the Government decided that this is something we need to do?  The Courier Mail has focussed on the compulsory voting aspect, “Newman Government may dump compulsory voting at state elections” which is pretty radical and for a change, actually something newsworthy to read about in the paper.  Instead of reading about another Department cut, sackings or nasty unions, we woke up to the bright news that the LNP cares about the future of Queensland...

From my experience, the only real issues my friends have with voting are:  The constant political advertising yelling at you everytime you turn on the TV;  The crappy parking around the schools to actually get and vote;  Running the gauntlet of the hawkers out the front harassing you with their ‘How to Vote’ pamphlets, seem to be at the top three voting complaints, we won’t go into the confusion of the preference system, that one is too hard...  Anyhow, actually having to vote itself does not seem to be on the radar?  Though having said that, being the kind & caring leader he is, Campbell Newman is always looking out for the good of the public, making an awful lot of changes that are ‘for the State’s benefit’, so maybe this is just one of those?  Not something sinister as suggested by some of the nasty-minded people on the blogs?  This must be a good change for us?  Shouldn’t it?  I mean, it would be unthinkable for a Government to change the status quo just to benefit their political future?  Wouldn’t it?

In all seriousness, I would love to know what has really prompted this care about democracy?  Is it the fact that the Government thinks that only older conservative voters who have a lifelong habit of voting will actually get off their butts to vote on the day & of course vote LNP?  Will younger voters who have never experienced the tasty sausage sizzle at the primary school on voting day skip the experience to stay in bed after a big Friday night out?  Is it the ‘political donations area’ which will result in the return of big money donations?   Or, is it the ‘forcing unions to allow members a vote on political donations’?  That one is a tad of a concern as I don’t see the same emphasis in the paper where they are asking the shareholders of publicly listed companies to have a similar vote?  I won’t even bother addressing the ‘introduction of truth in political advertising legislation’, seriously, Does anyone really think that one will be put in stone?

Of course Mr Bleijie is allowing us all to “Have your say on Queensland's electoral laws” and you can download a lovely discussion green paper.   By all means, please, have your say, though from previous experience, regardless of what political flavour you prefer, (remember the Amalgamation discussions, over 90% being against it in Noosa didn’t rate a mention in that final paper?), it seems that only input that backs up what the Government wants is ever actually released to the public?

I know there are a lot of very smart people out there who are experts in polling, political trends etc., so hopefully one of these experts will be able to educate us all as to why the Government feels we need to reform elections Queensland.  I am just a daggy old middle-aged punter so what the hell do I know, though, my spidey senses are tingling with this reform, maybe it should be investigated thoroughly before we are back to Joh days again?

Feel free to toss out your thoughts on what may be prompting this electoral re-think in Queensland?  Hell, maybe I am just one of those nasty-minded people on the blogs too, seeing sinister motives and jumping at shadows and there really is no devil in the detail?
cheers
Noely (@YaThinkN)

PS: 1.50am 03 Jan 2013 - Prime Minister Julia Gillard was pretty bloody quick to send out a Tweet about this, are the ALP maybe concerned that Premier Campbell Newman is doing a Trial Run of this for our potentional future Prime Minister Tony Abbott?  Just a thought...

January 03, 2013 Antony Green would be one of the most no nonsense election experts around, his take on this is very interesting - 'Queensland Electoral Law Review'