Help me please, I do want to vote Labor, give me a reason! 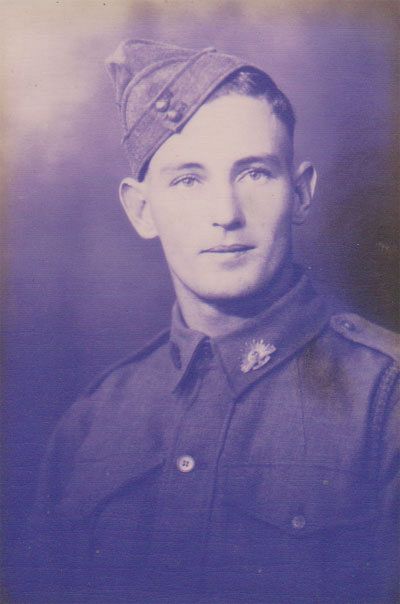 My grandfather "Chum", bit of a dapper bloke in his day :)

Every  man & his dog has given up Labor as a dead loss for the election in September.  I am not so sure, John Howard was pretty much in that position at one stage too and it was only the intervention of ‘Children Overboard’ & ‘Twin Towers’ that saved his butt.  The sad fact is, they should not have, though when people are scared, they stay with the ‘devil they know’.  Now, I don’t wish the likes of a Twin Towers to save the Labor party, though as I was discussing with others on Twitter, a bit more focus on Tony Abbott may help at least level the playing field so that people could hopefully get past ‘personalities’ to actually look at what each side will do for this country.

Having said that, I still don’t actually hold out much hope for the ALP unless they can get back to grass roots.  Basically we have a 2 horse race in this country between the Liberal/National coalition which = Money.  Now everyone can relate to money, everyone has aspirations, so that is a no brainer for them to attract people, BUT for Labor, they have traditionally been Labor = Unions.

For people like me – I am 45 in a few weeks so that will give you an idea of where I am coming from – I understand that we owe the unions a lot.  Without Unions there would be no easy website for a small business to go onto that has someone’s wage set in stone, there would be no safety requirements in the workplace, there would be kids working for 2 bucks an hour and more.  Unfortunately with so much small business now & basically the fact that the Unions did such a bloody good job that the Government has taken over in some respects when it comes to fair pay & conditions, younger generations don’t ‘get’ unions, nor do they appreciate them.  Though, they do see the news and Unions scare them, Unions stopped them getting on that flight with Qantas to go to the mates 21st, Union ‘stuff’ meant they could not get that part-time job on the work site (that they were not qualified for but we won’t worry about that...), Unions just have a bad rap...

Unfortunately for the Unions, they are not a large percentage of our population anymore, also, like our politicians, too many Union leaders are ‘career’ managers, not actually from the site or factory floor, so it is even hard for old time blue collar workers to support them.  Worse, the Labor Party being so closely aligned with Unions and the massive voting block they have, that is not proportionate with the population actually makes the Liberals case for them.  Sadly, if you are not in an area that has a big union presence, like mine, they mean nothing to you.

Funny thing is though, Labor was not always like that, they actually had more members & more support and it was not just because we had more blue collar jobs in this country.  It was because often, the Labor party, just like the Lions or Rotary, were part of the community.

I grew up with my grandparents living with us and my grandfather, working on the Railways, was of course a Labor man.  Back in the day, he would take me with him (and other kids would be there too, probably all with grandparents or dad supposedly babysitting them LOL), to the Labor meetings, normally held at the pub and not only would they discuss the politics of the day, they would also talk about various members or neighbours that needed a helping a hand.  Even when talking politics, it was about what affected us in our backyard, it was not mantra’s like it often is now, it was deadset plans to get rid of Joh Bjelke-Petersen, I think I knew what the word gerrymander meant before I knew the word ‘politics’ LOL!

They also participated in the community, they were at  school fetes, they helped man the drinks and sausage at the wake of the local family who had lost their dad & needed to raise funds to help them carry on (who was not a card carrying ALP man either mind you), hell, when I went overseas as an exchange student the local member hears through god knows who cause Granddad had died by then and I am handed a Queensland flag to take with me to give to my school in Hong Kong.

Back in the day it seemed the Liberal Party were blokes in the local Chamber of Commerce and Labor party were Union guys AND people who cared about more than just money & had a social conscience.

The ALP have not treated my area kindly.  We had the Cate Molloy fiasco where she backed her electorate in not wanting the Traveston Dam & got sacked for it (sorry but 90% of us didn’t want it, so was fair call to back us, the electorate, not the State Govt), since then both State & Federally they have not bothered to even promote who they put up in the area, worse, last state election they tossed in some youngster from Brisbane, for the experience...  Yeah, not going to work in a regional area and the local branch was almost decimated.

If I was a bloke – which I’m not – They are pissing up against a brick wall if they expect any sort of support from areas like mine with that sort of behaviour.  If Labor want to become ‘relevant’ in people’s lives again they have to become part of the community again.  I know it sounds unfair as no-one has that expectation from Liberals, but we do from Labor.  They need to stop putting Unions above ‘people’.  I am not saying ditch Unions, I am just saying make their vote just as important as the local branches vote.  They need to be part of the community again, get back the old retired Unionists to turn sausages at fundraisers & help with community youth programmes, bake cakes for Fetes to raise funds to keep the Community Hospice open etc.

A contest between Julia Gillard & Tony Abbott is a poor way to try to win Government and when Labor has the likes of the big media, big business & big money lined up against them, will be hard to get any message out.  Only when Labor becomes those ‘good guys’ in the community and part of the community, again, will the community support them, cutting through the media spin.  I don't think my grandfather would even recognise the Labor party today.  I am not saying they don't need professionsals in the ALP but maybe not throwing out the baby with the bathwater and remember 'why' they want to be in Government would be a good start to get support?

But hey, what do I know, I am just a punter who is maybe getting too old and reminiscing about the old days when their was a political party that cared about the ‘have-nots'.  Yes you may not win this election, but you will start to get members, you will start to get communities, you will matter again, all over the country branches will build & community members will want to support you, because they feel you care about them, that will stand you in good stead into the future, and a future is what we all want :)

Cheers
Noely @YaThinkN
Disclaimer:  I am not a member of the Labor party, in fact, I am glad my granddad was not around to see me join the Democrats as a young adult.  Since Meg Lees screwed over the Dems I have not aligned myself with any party at all, being fond of Independents.  Though, I now find myself in a situation where to be pragmatic, the Labor party needs to be supported as what Tony Abbott plans for this country, which you would not hear about on the news, does not bear thinking about, I wrote this back in February which explains why: Are Liberals just for the self-interested & wealthy or am I missing something?  :(