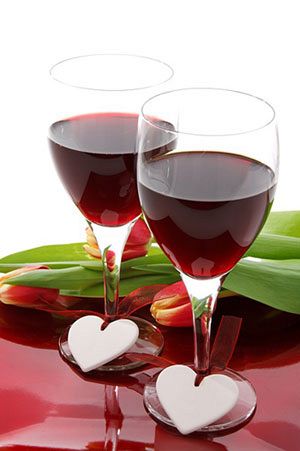 Forget the Messenger & focus on the Message for a change

I know I will probably peeve many with this post, though 140 characters on twitter is just not enough to explain a position on something and this morning I successfully annoyed just about everyone I know on all sides of both the Marriage Equality debate AND Kevin Rudd motive debate. An outstanding effort on my behalf LOL!

I know I will probably peeve many with this post, though 140 characters on twitter is just not enough to explain a position on something and this morning I successfully annoyed just about everyone I know on all sides of both the Marriage Equality debate AND Kevin Rudd motive debate.  An outstanding effort on my behalf LOL!

In all seriousness.  I don’t know why Kevin Rudd has raised this issue again.  For all I know he really does care & has been doing some soul searching.  He could also be trying to raise his profile again, who knows.  To say Kevin Rudd has become divisive is an understatement.  People seem to either Love him or Loathe him, not much in between.  Point is, if you read his post “Church and State are able to have different positions on same sex marriage”, it is actually a well thought out piece giving some really great historical examples of social norms & religion itself evolving.  I understand the sentiment of some that feel that they are sick of ‘gay friendly fair-weather friends’ for the purpose of profile, agreeing often this is the case, though, also feel that politicians will come and go, yet any equality that results by raising the issue will stay.

I have a lot of religious people in my family, therefore a personal experience with religion. Having said that I also love history.  I know that religion has changed over the years, so really believe that often religion is actually used as a reason to defend a cultural belief that many are comfortable with.  This doesn’t mean these people are wrong, just maybe change will take longer for them, or maybe they will never change their minds until their churches do, again, that may not ever happen and as long as they are not ‘persecuting’ others who do not believe the same as them, that should not be a problem.  So instead of trying to force opposing ideals to agree, lets sideswipe it totally?

Don’t just amend the Marriage Act, scrap it altogether.  I would like to see our Politicians be brave enough to have a “Legal Union” Act only.  Instead of trying to force religions to accept a secular option when it comes to same sex marriage, just take religion, ALL religion, out of the equation totally.  AND it should not be a party political change. This is an equality issue, if an MP lives in an area that strongly disapproves of Marriage Equality, then of course it should behove that MP to represent the wishes of his or her electorate, that is their job, BUT, now way in hell should a Political Party (looking at you Mr Abbott) demand that their MP’s vote in a particular manner to suit the religious persuasions of a few!

Basically, the way I see it, when a child is born, the State issues you with a birth certificate, it is the legal document that says who you are, what your legal status is.  If you choose to have a baptism or christening for your child, you visit your church, you show your child’s birth certificate etc., then you have that ‘religious ceremony’.  I would like Marriage/Weddings whatever you want to call it defined in the same manner.

Churches used to be the legal documenters of Births, Deaths & Marriages.  Over the years the Government has taken on ‘solely’ the ‘legal’ right to issue Birth & Death Certificates, this has not stopped religious ceremonies such as Baptisms & Funerals, which are no less meaningful.  It is time to do the same with Marriage.  Make it the sole domain of the Government, not the duel system we have now  of with States deciding on Civic Union Acts, just ONE Act covering whole nation that is equal.


A “Legal Union” certificate (for want of a better term), means we would ALL be equal, in the eyes of the law in this nation, as we should be.   How and where you choose to take that certificate to publicly celebrate that Union is then your choice and nothing to do with the law or state.   You could marry in a church, synagogue, mosque, Local RSL, garden or beach, hell, fairytale grotto for all anyone cares, any manner that is important & meaningful to and your partner (heterosexual or same-sex), family & friends.  It may take a while for us all to get used to the new all-encompassing term for legal 'wedded bliss', Civil Union, Legal Union, who knows, whatever the new term could be... We are an educated nation, surely it would not be too hard for us to adapt to?

I was 8 months pregnant  with a baby kicking the hell out me when I got married.  Due to very worrying complications my husband & I got married in a drab registry office in Haymarket on a special fast tracked medical ok, with limited family & friends, grandma in a brand new burnt orange ‘velour’ tracksuit, yes velour...  No big reception, no tipsy Uncles trying to talk Aunts into doing a  waltz (badly), sadly no ‘Dancing Queen’... Not a 'real' wedding in my mind, though we may still do a 'real' one on our 21st Wedding Anniversary, point is, everyone thinks of 'marriage' in a different way.  History shows that religion did not invent and does not own the ceremony of two people declaring they are a union.  All religions sanctify that union differently, all think it is just as important.  So let's all grow up, respect each others beliefs by keeping the legal aspect in it’s own box, make that accessible to all equally and celebrate the union after the fact.

Equality matters, no-one in this country should be considered a second class citizen.  No-one in this country should feel that their Union is less important in the eyes of the law than anyone else’s.  We always complain about personality politics, gotcha moments in the press, for once, let’s just forget who the messenger is and support the ‘Message’.

Cheers
Noely (@YaThinkN)
PS. I personally would like to think that due to the well thought out piece that he wrote, Mr Rudd is taking this issue seriously and this is not just a PR stunt, though please, none of us know what anyone else is really thinking or the long game aims they may have, so, call me naive, though I would prefer to take this blog post from Kevin Rudd at face value with the message it conveyed untainted by political agenda :)

ALSO, on a terribly serious note: I would like to request that Catholics in my family not have a Nuptial Mass in the middle of Summer, please, sweating in pews for that long really doesn’t put you in the mood to celebrate ;)