#FFSF What the hell is wrong with you people?

Enough is enough. This grubby Howard Sattler business is the last straw! I may not be an academic like the everywhere ‘Feminist for Hire’ Eva Cox, or a so-called ‘Woman’s Authority’ like Mia Feedman, I am just a punter. A punter who is a mother, a daughter and a sister and I am seriously pissed off!

Enough is enough. This grubby Howard Sattler business is the last straw!   I may not be an academic like the everywhere ‘Feminist for Hire’ Eva Cox, or a so-called ‘Woman’s Authority’ like Mia Feedman, I am just a punter.  A punter who is a mother, a daughter, a wife, a neice and a sister and I am seriously pissed off!

To be perfectly frank, I am not sure I even really likePrime Minister Julia Gillard - note use of title Australian media – I was totally feral with the changes to single parents – again media, it is ‘parents’ not just mums – as it was just a ridiculous heartless decision.  Whoever the bright spark in caucus was that came up with that idiotic policy should take themselves outside & give themselves a good uppercut.  Why the PM even agreed to that policy we will never know.  Point is, we don’t live in a dictatorship and I am pretty sure the PM doesn't get everything her own way.  I will also hold her to account on this issue, BUT, I will not wipe everything else this woman has done over ONE issue.  Bloody Hell, Howard took us to war on a lie and has received nowhere near the same condemnation?  Having said that, this is the one, note one, point that the so-called feminist/women/whatever the hell David Koch has decided this week, experts use to bash the PM with/ladies/gals in regard to the big scary ‘Women’s Issues’.

I say get a grip!  I am really sick of someone I used to really respect like Eva Cox being an apologist for Mr Abbott.  Really?  Media seem to love to clarify things for us in regard to Tony Abbott.  I would love a buck for every time I have heard a commentator say, “Mr Abbott has changed his position on...”.  Ya Think?

I could go on all day with instances of Mr Abbott’s serious ‘form’ when it comes to women’s issues, but, look at Mr Abbott trying to stop RU486, enuff said.

Now, it is most likely true to a certain degree that the Prime Ministers address to the “Women for Gillard” was a manoeuvre to gain more support amongst women, hello, she is a politician.  Point is, it was actually a good speech if you read it all, not just pay attention to the Blue Ties & Abortion line the media has flogged relentlessly.  Maternity allowances, federal funding for childcare, hell, even references to women being able to work in farms & factories in the 40’s was mentioned, all ignored, as obviously “pulling the gender card, how dare she” was the theme of the day.

From Alan Jones to Tony Abbott, I do not think there has been a female in this country that has been reviled in the media as much as Julia Gillard.  I am sure in the future there will be many a thesis done on this very subject and a whole new generation of political talking heads will be talking about the “shameful depth of Australian politics back in the day...” Or proudly claiming “Haven’t we come so far now since those shameful sexist days when we as a nation could not respect a woman in power”? 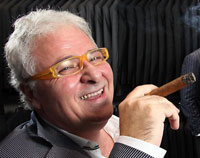 Even the latest fiasco with #MenuGate everyone is more interested in whether Brough saw it or not.  I don’t really care.  I find it very difficult to believe Joe Richards would put that much effort into his so-called joke menu and would not have bragged about it to his LNP mates.  The whole explanation just defies belief and is way too convenient.  My pet peeve in this whole debacle is the glee in which media reported Mr Richards ‘statement’, conveniently arriving to them via Mr Abbott’s office, BUT, not one that I saw (and if you did and I missed it, accept my apology now) took issue with the following sentence where he apologises to Mr Brough:


"As you know no one at the dinner was privy to such a menu, and it is so unfortunate that an in-house joke between myself and my son has caused you great problems and embarrassment"


Yep, Mr Brough got an apology for being embarrassed, WTF!  Our Prime Minister has been publicly ridiculed in an utterly vile manner by this man (if he is indeed actually solely responsible) and there is no apology to the VICTIM of the sexual denigration?  No-one in the media thinks that should be raised?  We would all be ok for our mothers, daughters, sisters or aunts to be referred to in this manner?

Ms Gillard has copped flack from everything to her choice of glasses, a haircut, tripping in heels in India, you name it, and it has all been acceptable for some reason, in fact, it almost feels that Mr Abbott & his Ministers, since the day a Hung Parliament was announced have endeavoured to lower the position of Prime Minister and a complicit media has been his accomplice.  Seriously, he didn't get the job he felt entitled to, so if he can’t have it no-one can?  Every journalist, every complaint that may have been made to the Press Council will always get the response, ‘technically correct’, and yes they are, we won’t worry about inflammatory language, we won’t worry that if the PM raises her voice, it is not ‘strong’ it is ‘shrill’, if someone needs to be ‘explained’, it is ‘defending’ and on we go.  Journalists make a living from words, they fully comprehend ‘connotation’ and mate, they have used it well in the past few years, well played Australian media, you must be so proud, job well done :(

Even the ABC which should be above petty tabloid reporting can’t bring themselves to say Prime Minister Gillard, hell, even toss in a little “PM”, yet happy to give “Opposition Leader Tony Abbott” his title, and of course no report on Kevin Rudd is complete without the “Former Prime Minister” moniker?  As I have stated in the past “Prime Minister Julia Gillard and Opposition Leader Tony Abbott DO NOT deserve Equal Billing!”, nor do they deserve equal respect & air time, one is PRIME MINISTER, the other is NOT!  As we are not in an election, they do not deserve equal coverage either, this false balance is a bloody joke.  Look at the title in the video on that previous link...  Do you really think that anywhere else in the world at this time would give preference to the lower entity instead of the leader of the country?  Yet ABC think this is ok...

Seriously, we have been groomed to accept that the office of Prime Minister whilst held by Julia Gillard does not deserve any respect, as a woman, she does not deserve any respect, and that's because it is politics, well, stiff bikkies just cop it.  I say NO!  The past few years Mr Abbott and the Australian media have set a seriously low tone in political debate, they have encouraged sexist language and attitude, worse, when it has been called out in the likes of Ms Gillard’s misogyny speech or similar, it is slapped down.

Basically the moral of the story here to young women of Australia is... Don’t run for Parliament, you will be subjected to double standards, pilloried from pillar to post, and don’t ever fight back as then you will be accused of playing a Gender Card.


Quite frankly, all our daughters have learned in recent years is, if you are going to be dumb enough to aspire to the top job in this country, well, you deserve abuse, no-one will care when you are attacked, no-one will defend you, and don’t even think about defending yourself, it will only make the situation worse.  Be a good girl and know your place ok?


Personally, I am not a big fan of Prime Minister Gillard.  Personally, I never cared too much apart from the initial tingle that we finally had a female PM, that she was a woman.  You know what?  The denigrating treatment of our first female Prime Minister has pushed me over the edge.  I have found the inner feminist in me (that I really didn't feel I needed in this day & age) and she (the PM) could be a female version of Attila the bloody Hun for all I care, I will back her to the hilt now just to push back at the bloody media, Tony Abbott’s boys club and the ignorant bloody fellow Australians who have brought into this behaviour.  Sorry Mr Abbott, your plan actually backfired for me and a few of my friends.

Is this really the Australia we want to live in?  Is this really what we want for our daughters?  This sexist and bullying behaviour should not be acceptable.  We would not accept it for a family member we loved or cared about so we should not tolerate it for our Prime Minister, regardless of your politics.  I may only be a punter, not an expert, not a journalist, not a Canberra Insider or the like, I really don’t give a stuff about your policy nuances or perpetual political polling, BUT I am a decent human being and I say enough is enough!

Wow! Politics and the Army really knocking it out of the park when it comes to sexism this week. Keep it classy Australia!

If there is a female in your life you should care about this.  Fellow Australians, take a good hard look at yourselves, the sexism & denigration of women in our culture, politics, sport, defence forces, you name it, should not be tolerated in any way shape or form regardless of your political persuasion.  As they say in football, the culture of a club starts at the top and the standard is set by the leaders in the club? So you don’t have to like Ms Gillard, you don’t have to like the Labor Party, but you should respect the office and you should respect another ‘human being’ and stand against sexism & bullying in our society.

Sadly & with great shame as an Australian
Noely (@YaThinkN)

14 June 2013 11.55am - Eleanor Bloom swears she hasn't tortured anyone, but, has tried to work out why people are hating on Julia Gillard, please read, great food for thought "Why the hate?" you can also find Eleanor on @eleanorbloom

PS: I know she will never get this message, but, "Ms Gillard, fight back, call it as it is, tell Mr Rudd to pull his head in.  Next time you are asked a pathetic question like Sattler’s, stand up, tell him to shove his disgraceful question up his Khyber and walk out!  Fight back."
While I am giving unwarranted advice LOL!  "Mr Garrett, grow a pair, go back to the schools in Queensland and put that trumped up self-important little Premier Newman back in his place, stop letting them push you around."

IMPORTANT: Top graphic from "Exposing Tony Abbott & The LNP - Memes & Stuff" extremely apt, if I have not given credit to the correct creator, please let me know so I can rectify that and give credit where credit is due :)
For a trip down memory lane with Mr Abbott’s form over the years, visit “Tony Abbott's Infamous Quotes”