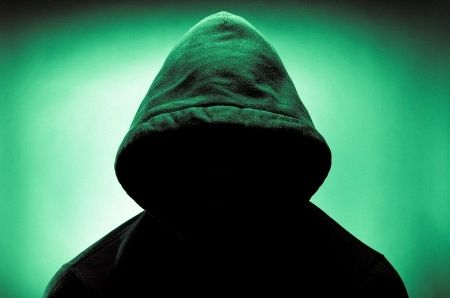 #FFSF Piss off the bloody Factions!

I am going to upset many of my mates on Twitter, but I have to say it, ALP have seriously underwhelmed me as an Opposition party, in fact, when I see factional rubbish like the’ SA Farrell vs Weatherill’ stoush this morning I just want to scream. Yes, I know that Farrell quite quickly saw sense & backed out with the so-called “Best interests of the ALP” in mind, but the point is, prior to him speaking we saw the current member for Napier carrying on about how the area has always been of the ‘Right Faction’ blah blah. Really?

Just how many own goals are the ALP capable of?  I am going to upset many of my mates on Twitter, but I have to say it, ALP have seriously underwhelmed me as an Opposition party, in fact, when I see factional rubbish like the’ SA Farrell vs Weatherill’ stoush this morning I just want to scream.  Yes, I know that Farrell quite quickly saw sense & backed out with the so-called “Best interests of the ALP” in mind, but the point is, prior to him speaking we saw the current member for Napier carrying on about how the area has always been of the ‘Right Faction’ blah blah.  Really?

This is where my frustration kicks in big time.  The ALP by giving members a vote in the leadership contest between Shorten & Albo gave them a massive kick in popularity.  Just the fact that punters could vote and have a say in the party, NOT just factions and Unions garnered a heap of new members and a ‘feeling’ among many that the Party was reforming, modernising & would no longer be in the thrall of particular interests, returning to more progressive ways, in fact almost back to a party of the people.  Since then, no capitalisation on this good will nor any extra interest at all?

Bill Shorten has been pretty much AWOL on the national stage, they are facing yet another Union scandal thanks to the ‘CFMEU corruption allegations’, and quite frankly have not done a hell of lot to combat a Government that has lurched from one stuff up to another.  How the ALP have kept a low profile in that sort of climate is beyond me?  Now this morning we see that maybe those ‘reforms’ are really just lip service with the factions, not "the people", still arrogantly deciding what & who represents the party.

Back in March 2013 I questioned ‘Union involvement and their power in the ALP’ and how it had to be revisited.  I am not Union bashing, in fact the vote at the top of the page is because my limited dealing with a Union was very positive.  Fact is, at the ripe old age of 45, I have not worked in a position where there was a union, either in the Travel Industry or the IT Industry.  Also the area where I live is over 90% small business (most of the 2-5 person variety) and Unions are pretty much not so relevant in my part of Australia.  That is not to say Unions are not important, I honestly think they are.  Not everyone is qualified to make individual agreements and historically every single person in this nation owes a Union for those days off we get just to name the most basic aspect.

I would like to challenge every person who is Anti-Union to NOT take off Public Holidays, to NOT take 4 weeks holidays per year and NOT ever be paid for a Sick Day for then I might take you seriously?  By the way hand back all that safety equipment and throw out the safety manual while your at it!

Having said that, the influence they have in the ALP is just not warranted in this day and age and seriously limits normal punters like myself being engaged with the party.  I would have thought the success of the recent democratic voting for leader would have given the ALP a wake up call?  If you go a step further and look at the success of the Indigo Cathy campaign and combined those elements it should have been staring the ALP in the face that they were on the right track?  After seeing a friend try to win a Federal seat for the ALP in a super safe Nationals seat it was patently clear that without a lot of boots on the ground helping it was always going to be a hopeless battle (however we can proudly say that even with limited resources she gave Truss a really decent nudge).  Just imagine how many people would have been involved if they were actually respected in the party?  Had their vote, felt like they mattered?

How rich would you be if you had a buck for every time “they are both as bad as each other” was uttered by a punter?

Paul Davis correctly pointed out in a mandate piece that “The data shows 5.8 million people voted for the Coalition and the remainder, or 7.1 million people, voted for somebody else.” and that is a hell of a lot of people.  Also, how many people just tossed a coin or based their voting decision on ads, others opinions, hell, the fact that they didn’t like the whine in someone’s voice (yes that was one reason I heard UGH amongst many lame reasons)?  This means there are great many politically disaffected in the nation.

In this day and age of the Internet where we can all have “our say” very quickly, it seems silly to ignore the success the ALP had when they did allow a say?  It is quite obvious that being LNP lite is not working, so why not go with what worked?  Get back to grass roots, get members involved, allow every single branch to vote in their OWN person of choice to represent the electorate at both State & Federal level?  This would give the ALP a massive point of difference to the LNP.  It would mean increased membership to help with fundraising & physical help with campaigning.  It would not alienate the Unions as they are normally in concentrated areas so if they are still being represented by the ALP as the “People’s Party” then they will be the majority members in each of those individual electorates so will not be left without a voice?

It would mean that the ALP would have a much larger base and not be so beholden to the Unions.  Another benefit is there would be an understandable and acceptable ‘out’ when a particular MP did not follow party line on a particular issue as instead of using ‘Broad Church’ bullshit whilst hasty phone calls are being made to tell the member to pull their head in.  They could honestly point to that electorate and proudly say “That is what that electorate voted for & it is quite correct for the Member for ... to dissent from this policy in this situation”.  This would be a good situation for the party and the actual electorate to have faith they were being truly represented.

This scenario which I know has happened elsewhere, where our state member was booted from the party for backing the ‘overwhelming’ view of her electorate instead of the Party, it was deplorable & totally undemocratic, doing the ALP no favours.  Worse after that debacle they tossed up some young bloke from Brisbane to stand for our seat (for experience), way to go to kick a local branch in the teeth?

Come on ALP I beg you, piss off the Factional leaders, faceless men, whatever the hell you want to call them, piss off the spin doctors telling you all is good when it isn't & giving you the same bloody advice, it didn't work last time so why do you think it will again just because another mouth is delivering it? Don't just dip your toes in the water of Democratic representation with the party, go the whole hog, be the heroes who are advocates for 'the people' again, become a safe haven for the millions of politically homeless, it could be a winner?

Then again, I am just a punter who would like my vote to count so what the hell would I know?
Noely

Would love for you to vote in regard to your personal interaction with a Union(s) and of course elaborate further in the comments below.  Note, don’t try to dodgy the vote (looking at you Young Libs), this is our own software so Stephen will just remove & bounce you ;-)