Eggshell Skull elicits all the feels 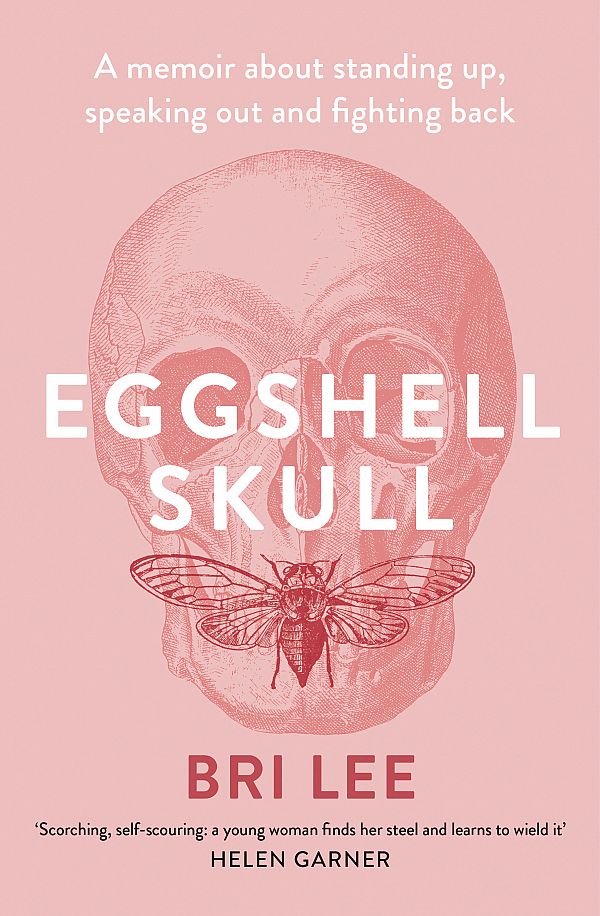 To be brutally honest, I’m not a fan of memoirs or autobiographies (non-fiction in general), in fact, if someone recommends a book to me and they utter the words “inspirational” or “journey”, I run a mile. I’m a voracious reader, I can’t go to sleep at night without reading first, but, I’m also a really stressed out small business person and reading is my ‘pleasure’, it is my escape route and I don’t want to think or be consumed by my books, I just want to relax and disappear into another world some talented author has created for me.

Having said that, I accidently found myself reading ‘Eggshell Skull’ by Bri Lee. My young adult daughter had come across Bri at a young writers conference in Brisbane last year and she left an impression on her, so when I was doing a book order, requested ‘Eggshell Skull’ be included. Therefore, I found myself sitting on the deck last weekend, devouring, and I mean devouring, this book. Once I started, every conversation, even a simple request like “what are thinking about for dinner tonight” was an irritant that took my attention away from this book - it was that absorbing.

I’ll start by saying, this young woman really is inspiring, in the true meaning of the word. By this I mean, her honesty and bravery in putting this all down on paper.

When you think of a memoir you think of years of someone’s life, their career as such. This book really only covers a few years and a rather short-lived career in law, but packs an awesome punch. Almost like there are two threads to this tale that intertwine.

One thread is the inside view of our court system, particularly the district courts in regional areas and their attitude to women, sexual abuse, child abuse, rape and all the depravity that simmers below the surface of quiet country towns and how, as long as the bloke – sorry is normally a guy all you #NotAllMen types – will invariably be acquitted of any charges, regardless how heinious by a jury of his peers, if ‘he is a good upstanding ‘white’ family man’ or similar. The fact that so many of these cases are raised, years later from when the act occurred plays into the hands of these ‘family men’ as often the innocent 13 year old who was abused by the step-father is now an angry or let’s say ‘damaged’ young adult and therefore invokes little sympathy from a system that is set up to favour the abuser.

Bri vividly describes the many instances of what she came across as a young associate to a Judge in the Queensland District Court like diary entries, so as the reader, you feel the emotion of the reality underneath the pompousness of the legal systems protocols. This insight alone would make Eggshell Skull worth reading. It will anger you, but is worth reading. I always knew our court system favoured the wealthy and business over poorer individuals, but to read of these cases where the law continually lets down women who have been abused in particular was more rampant than even I thought.

One of the saddest comments is about the jury system itself and how regardless of academic guestimates, we probably really have little idea as to the extent of abuse against women there is in this nation.

“I lost count, throughout the year, of the number of women who excused themselves from sex crime trials because they themselves were survivors”.

The other aspect of Eggshell Skull is Bri’s personal story, the abuse she suffered as a child, working in a system that constantly reminds her of a trauma in her own life, that she is yet to come to terms with herself and the various effects that has on her health, mental and physical and relationships with family, friends and loved ones.

I won’t ruin Bri’s story by telling you how that unfolds and I truly do hope you read this book for yourself. It is eye-opening, heart-wrenching, anger inducing and inspirational. The see-saw of emotions elicited often flipping as each page is flicked over. Hence my comment about devouring the book. I could not stop reading until the end.

You don’t have to be a social justice warrior or a feminist to get something out of this book - though if you are, knock yourself out, you won’t regret it -as the cadence of Bri’s writing is a joy in itself, her ability to recreate the situations she found herself in where you felt you were included in her observations and emotions is pretty special. If you enjoy good writing that evokes emotion, not just amusement, you will enjoy this book.

For myself, as stated, this was an accidental treasure to fall upon and I thank my daughter for urging me to read it. Many parts were hard for me, or as people say triggering. Though on balance, worth taking on the personal angst in my opinion.

I’d like to sum up my feelings on this book with a quote from Eggshell Skulls itself, as this paragraph says so much about both our legal system and where we stand as women ourselves, and pretty much, I just found really hard to get out of my head.

Bri in conversation with a fellow legal friend:

‘Hypothetically,’ I said to Megan once, ‘a man could drink-drive with a woman in the passenger’s seat, and crash the car, and they are both on the side of the road, and he could rape her while she’s unconscious, and then go to court and use the alcohol as a defence for the rape, saying he mistakenly thought she consented, while it is used against him for the dangerous driving.’

‘And a wreck of a car is evidence, but the wrecked body of a woman isn’t, because women lie.’

This is an important book as the serious Lit types say, of which I’m not, but… I really do think it is. I would love to see this book become a best seller in this nation. I would love even more for this book to become part of our national school curriculum reading for Seniors, both as a wake-up call and a warning. Thank you Bri for your attention to detail, bravery, honesty and story-telling creativity. I look forward to seeing what you do in future.

For other reading fans out there? Just read it. Please.

‘Eggshell Skull’ by Bri Lee
Published in 2018 by Allen & Unwin

Cheers,
Noely
PS. I’m happy to finally add a woman to my list of favourite authors, who, funnily enough, so many come from or are based in Brisbane, like Matthew Condon, Andrew Stafford, John Birmingham and Trent Dalton. I’m liking this theme, please, anyone, hit me up with any other Brisbane or Queensland ‘female’ authors you have enjoyed for me to add to a future reading list 😊