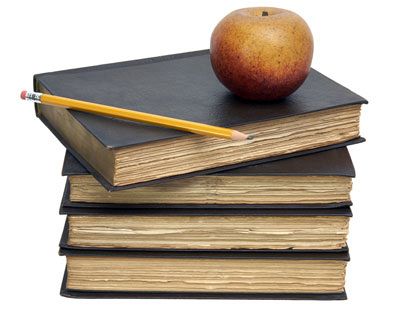 Education is a right, your 'choice' not to accept what is on offer, is not!

I read a great article by Wendy Harmer in The Hoopla "Second Class, Public School Love", which impressed me so much that I tweeted how money should not be spent on Private Schools.  Then the conversation went off...  Unfortunately, I just felt that I was not smart enough, educated enough, knowledgable enough to contribute to it.  24 hours later, I have changed my mind.  I may not be an education expert but I am a mum who cares about the future of this country, particularly the future of the kids in this country and I am sick of hearing the mantra of ‘choice’ when it comes to Schooling in this country.  The fact is the vast majority of parents in this country do not have a choice at all, they cannot afford a private school and have to send their kids to the closest State School.  Many people forget that until the John Howard years Private schools did not get anywhere near the funding that they get today and this amount of money needs to be dialled back and seriously invested into our State Schools.

One of the wonderful things about this country is that getting an education is actually a ‘right’.  Compared to a lot of the rest of the world, it is something to be very proud of.  This is the taxpayer contributing to the future of this country with their investment in education.  They should not be investing in the future of private educated kids.  The fact is, every child has a right to an education in our State School system, IF you as a parent ‘CHOOSE’ not to avail yourself of that schooling system, well, the taxpayer should not fund your ‘choice’.

As a mum it hurts to see your kids in a band competing at an Eisteddfod, putting in all the hours of effort, yet slumping when they go on stage after seeing the private school kids in their stunning band uniforms with their shiny new instruments and your kids are in the ‘black’ top & pants from target (all various shades of course) with the 2nd hand instruments.  You see the defeat in their eyes before they take the stage.  The only difference with these kids is money and as a parent, it grates on my nerves, knowing that some of my taxpayer funds have probably helped to give those private school kids their spick sparkly uniforms & instruments. I know from P&C that this feeling is a common occurrence felt by State School parents when it comes to all sorts of schooling opportunities, from academic to sport to facilities. That taxpayer funds are given to a Private School to make their school ‘nicer’ while we struggle to get the amount of ‘necessities’ for our State School is offensive.

Private schools by there very nature are not inclusive.  Ideologically I do not think that taxpayer funding should go to any organisations that are not inclusive.  Though schools in particular in recent years are really suffering.  IF Private Schools were to receive taxpayer funds for the likes of scholarships for excellence, music etc., that were offered to the community for children who cannot afford to pay fees; Theatres that can then be used by community organisations when not in use by the school,  Sporting amenities, again that can be used by the community when not in school use, then that is appropriate, as that funding is not just for the school but the community at large.

Unfortunately that is not what happens. Private Schools not only receive money from the Government to help them operate, they often also have fulltime staff who’s only job is to access other forms of grants as well to improve the school further, all this money subsidizing a system that only the more affluent will benefit from, at taxpayer expense?

I can understand the scream if we suddenly remove all funding, though there should be a plan in place to reduce the amount of funding over say the next decade.  As in times past, private schools will always be attractive to many for a variety of reasons, the price will be paid to attend them by those that choose them.  We follow the USA down too many paths already, we do not want to go further down this path of only the rich can afford a decent education.  Putting the funds that currently go to Private Schools into the likes of Gonski to build a better and fairer system of education for the majority of the population would increase the standards in ALL schools for ALL kids in Australia to be given the opportunity for a first class education.

Think about it...  Every taxpayer is contributing to funding the NBN, giving internet access to all Australians as an important nation building infrastructure programme.  We are funding availability to every household for 1 point of high speed Internet access.   You choose to spend further money on extending that cabling with having a new point in every room of your house (home office, media room, theatre, lounge, bedrooms etc...), this is Your Choice, and Your Cost.  There is no expectation that the Tax Payer should fund your desire to have start of the art infrastructure wired to every room in your house, just to a room (single point) to your house the same as all other houses.  The similar thinking should be applied to education.

Every child deserves the right to a decent education, not just the kids whose parents can afford it.  No child deserves to feel ashamed that they went to a State School!