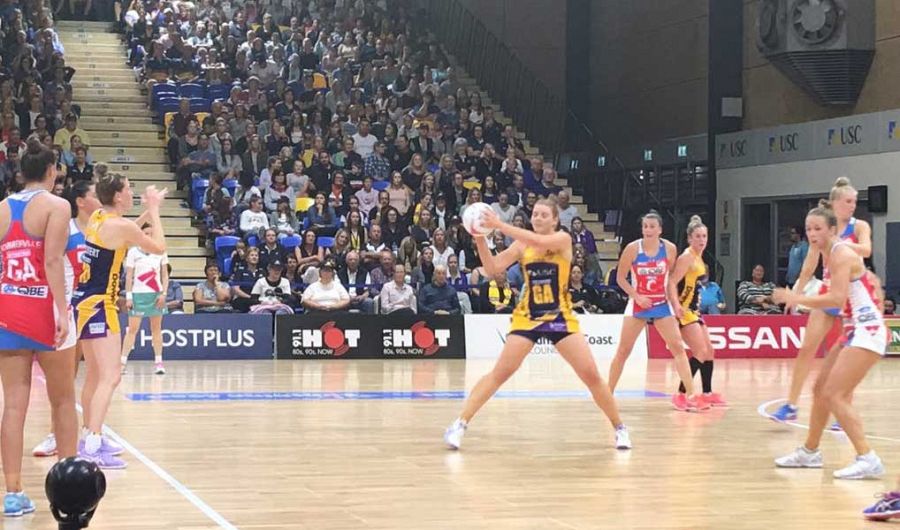 Round 13 (2nd last of the ordinary season) Sunshine Coast Lightning vs NSW Swifts, final score 63-49 to Lightning. Thought I better tell you as you would not have seen in a sports wrap on TV 😞

Clearly these headlines are made up, although not for click bait reasons. It was to highlight in an absurd manner what you haven’t read about netball, and in particular the aptly named Super Netball comp in Australia.

To those that have spoken with me, which is not many as I am quite antisocial, I am very vocal in my support of netball. My wife played as she was growing up, my daughter also played growing up, I even assistant coached and drove the daughter and other team mates everywhere.

The game is great on so many levels. Speed, fitness, on court effort, off court friends, stamina, loud, fun and that is just the under 7’s. As the kids get older it just gets better for spectators and players alike, right up to the new Super Netball competition.

Some facts that many don’t know about netball.

So there you have it; the most popular team sport in the country, second most popular organised recreation, a brand new national competition and what do the usual media outlets talk about.

Easy, the latest drug, sex scandal, abusive, overpaid, bullshit that they have always done almost exclusively about men and football or cricket codes. Oh, and occasionally about some raw talent (or lack of) especially where it pertains to an individual who may get a new contract.

These reports are not just due to the patrilocal society slant of the media alone, as the media do not entirely exist in a bubble. It of course comes back to the old chestnut of eyeballs and advertising as the media will only talk about what allows them to keep talking.

This leads me to think there are two avenues left for Netballers to succeed in equal/fair payment terms as the top level professional it is.

Ok this is all overly simplistic of course but just have a look around at the common place sport headlines and what the repetition of the same deplorable shit has desensitised you to.

There are some great role models in male sports, yes even the rugby ones, but the country also has some amazing new role models in this new round of netballers who need all the support that you can give.

The Super Netball season should be included in every single sports wrap up in all forms of media, which alone would assist in their profile and potential greater sponsorship. It is to the medias shame that they do not.

To all sports reporting media, grow a pair and report on this fantastic sport and athleticism, that just happens to be played by the other gender.

For the record you can watch live on 9Gem / Telstra TV and Netball live ap, more information here: https://supernetball.com.au/broadcast/