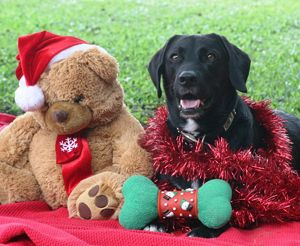 Now, have we been in the News or what?  I don’t mean us personally, we have been good people, I mean the likes of Mr Slipper.  I love watching the games in politics and as regular readers know, don’t support political parties in general as I don’t think they are democratic,  Yes, naïve I know, I still believe in Democracy and that your elected Rep should always put his or her electorate first.  You never know if I am a good girl, maybe that is what Santa will bring me this year, Local, State & Federal Elected members that actually work for us and represent us.  A girl can dream…

It all seems to have gone to the dogs this week, The LNP not showing up at work in State Parliament, Mr Slipper giving the slip to Tony Abbott, and changing the face of federal government at the same time, great fun & games…

Didn’t Peter Slipper catch everyone by surprise?  I guess if you look at his position as a job, he was going to be shafted at the end of the term, so if you were in a job you knew you were going to be made redundant, I suppose you would make sure you got what you thought you deserved before you were kicked out the door?  Having said that, I hope like hell now he is an independent he does what the others did and holds the Prime Minister over a barrel to get us something good here on the Coast?  Gee let’s think?  Fix the Bruce Highway? A stadium so we can have a National Sporting Team?  Broadband that works?  Money to get our Hospital off the ground? Decent Cellphone Reception? Hell let’s go all out and ask Santa Slipper for heaps to get the Airport up to scratch so maybe we can get our economy here on the coast up to at least the standard of other regional areas our size?  Would be nice to have Qantas fly in again?  Maybe a few International flights?  Gee, we would not know ourselves?

So you're on notice Mr Slipper, you decide to go out of politics with a bang, fair call, but please at least make sure you do the same as Windsor & Oakshott (the other independent MP's) and get us something too please!