#CensusFail is a failure to listen to ‘experts’ and it’s complicated... 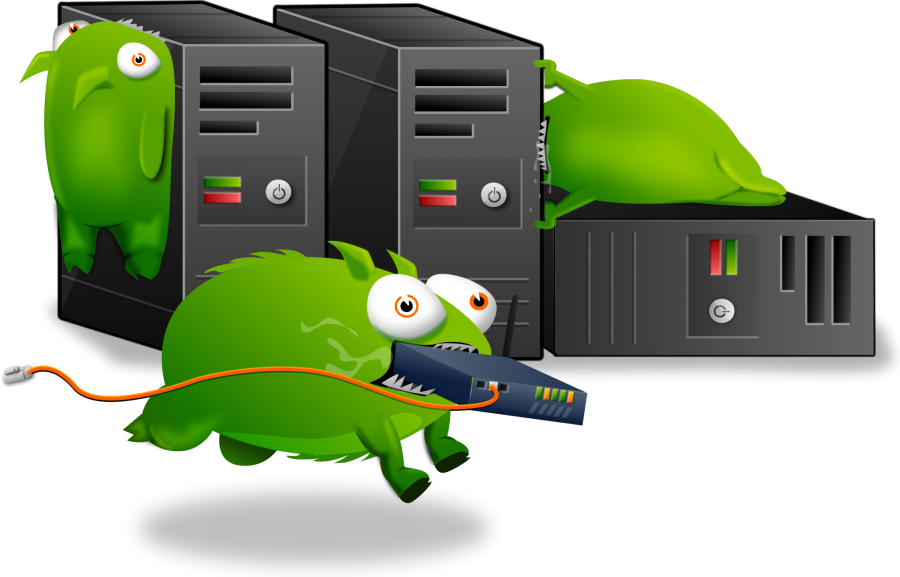 Your data is completely safe, trust the tumbeasts

Australia just had a massive jump in IT jargon, well, sort of LOL! DDoS is now a thing you hear punters inserting into a conversation, so are servers, hacks, VPN's and more. The problem is, most don’t actually really understand what the hell they are saying. As is often the case when it comes to the technical, a little bit of knowledge is dangerous.

But you know what, you don’t need to understand it all.

Yes, we are in a so-called “Digital” era, but the point is, do you know exactly how your car works, all the intimate details of how it is built, what is used, all the safety parameters, engineering, designing etc? In general the answer would be No. It is a tool. You know how to drive it, not the ducks nuts about how it is put together and all the moving parts. You do know you need to lock it so it won’t get stolen, you know there are certain laws to abide by so you don’t endanger yourself and others, but the actual chunk of steel that propels you – sometimes at great speed – down the road is beyond your knowledge and to be perfectly frank, we don’t need to know.

If our car has a general problem, we go to the mechanic. We don’t sit back, study, try to figure it all out for ourselves, that is what the mechanic is for. If the problem is something specific to do with the air conditioning, wheels, power steering etc, well you normally go along to one of those people who handle that specific type of issue.

IT is pretty much the same. Like any industry there are many disciplines and you know what, just because you USE a phone, computer, tablet etc., does not mean you need to know exactly how it works down to the technical detail, you don’t on any other ‘tools’ we use in everyday life, your TV, your refrigerator, your car... What you do need to do though is listen to experts.

Suffice it to say:

If an IT expert I respect says, "Holy Shit, keeping personal identifiers with linkage keys on servers with security supplied by the lowest Government bidder is basically heroin to hackers and data junkies..." well, I'm going to take their word for it.

Also, as child of the Joh years in Queensland, who lives by the public policy rule of "What would Joh have done with this..." if a Privacy expert I respect says "This is a slippery slope, this identifying data could be used for..." again, I'm going to take their word for it.

When many – myself included - started squealing about the privacy and security issues raised by retaining names in the Census our legitimate concerns were rubbished and in fact actually treated by both many segments in media and McCormack & Kalisch as causing a storm in a tea cup, pretty much, tin foil nutters.  Here is where my problem lies. Many who were calling for the names to be dropped totally were ‘experts’ in their field, be it Privacy or Information Security, yet for many, Minister McCormack and his lame, “you give more info to Facebook...” reassurances were believed and disseminated thoroughly by media  instead of the legitimate concerns from the experts in this field?

Seriously, think about this...

The nation was expected to be reassured in regard to IT & Privacy concerns from a Politician. Not only a politician, but a man who’s previous claim to fame is that of being an editor of a daily newspaper in Wagga Wagga. I don’t know about you, but if I have a problem with my car, I’m seeing a Mechanic, not the editor of the local rag?

This is the problem we have in this nation. IT is complicated. Believe me, I’m married to a Software Developer and trying to translate what the hell he is talking about into common English that a client can understand can be bloody hard. I'm lucky, as a user, I can hit him up many times, normally starting with: "You can repeat the same acronyms as many times as you like but I still don't get it" until we can finally reach a point where I can relate what he is saying to an actual operational matter that I can comprehend. It can be really frustrating, believe me, we can be on that roundabout a while some days LOL!  Point is, he is good at what he does and you can’t have that sort of focus and knowledge yet expect the same communication skills. This is where punters get caught. As soon as IT matters are raised and lingo tossed around, their eyes glaze over and they go in one of two directions. They have a little bit of knowledge and are dangerous, confusing the issue more, or, as is human nature, no-one likes to feel stupid, so they just skip the whole IT portion of a debate and cling to the bit they know, ie “You give more information to Facebook...”

You know what? In simple terms, the Facebook, Loyalty Card, Twitter etc. analogy was a bullshit analogy. Last time I looked you can’t just ‘unfollow’ the Census, you can’t get the shits with the Census changes, make a pretty statement and just delete your Facebook account.

I’m not going to go into the technicalities as to why retaining our names is so dangerous for future dataset matching, because in reality, the average person does not need to know the ducks nuts of that, what they do need to know is that ‘experts’ in this area are very worried about it on many levels for a number of Privacy and Security reasons. Unlike pollies, they have nothing to personally gain from raising these concerns so loudly.

Australians are now edgy and suspect about an institution that we have always been pretty proud of and that is sad, the Census and the data available to you, me, acadamics, planners, Government etc. really is invaluable in many cases. Working in IT, but the Community sector has meant I have used them many times, in fact, there is a reason I put Government last in my list of users, personally - regardless of all the hand-wringing about how Schools won’t be built if we don’t fill it out – it may be Government departments who use it to justify essential infrastructure but not so much politicians, me thinks that is more electoral pork barrelling and of course donor interests, regardless, they are important and it is really sad to see such an important resource reduced to a joke. If anyone thinks the data they will finally get won’t be rubbish, well, I’ve got a bridge to sell...

Can't get enough of this ABS Senate Estimates exchange. pic.twitter.com/GmP1H6zhP0

This is now the 3rd major IT related issue in recent years.

What all three have in common is that EXPERTS in IT warned but no-one listened.

I get that IT is not sexy, it is complicated, messy and downright confusing. I get that many in the industry at the height of their game just don’t really speak English as you and I know it. Though to be frank, it is rare if they do, in fact, it is probably why there are so many charlatans in the industry, the people who call themselves IT professionals but in the vast majority of cases they are salesmen.

Pro Tip: If you have a serious problem with security on your computer, hell any IT issue and the person you speak to is perfectly understandable, in fact is selling you a dream, well, get rid of them and get the person who is asking too many questions, frowning and not happy with you for putting yourself in this position where your computer is not secure. Trust me, you don’t hand over shitloads of cash to your mechanic because he is a nice guy who has a big smile and makes you feel comfortable? You hand over the dosh because he will get you safely back on the road again quick smart.

Please people, I beg of you. There will be more of these cross-over issues in future, many many more. Public Policy will be impacted by our Prime Ministers favourite ‘agile & innovative’ tech sector more and more and you need to start trusting the experts. Media will rarely interview real experts as to be quite frank, they are not good talent in general and therefore not a ratings winner. Politicians in many cases will not listen to IT experts as they are the ultimate tl;dr, when they want a nice 3 word slogan. So it is up the punters to get smarter.

Listen to the experts, on everything. If you are unsure get a consensus from those around you as to who the ‘authority’ actually is on subjects, whether it be IT, Privacy, Monetary matters, Environmental (Climate Change, Barrier Reef), Human Rights (Manus & Nauru, Indigenous, LGBTIQ) you name it, we have a habit in this nation of politicians dissing experts in a particular area and media not calling it out. You don’t have to understand exactly what they are saying, in fact, you probably never will totally get your mind around the detail, but you know what, we will have a much better future in this nation if you hold the opinion of a ‘real’ expert with nothing to gain to a much higher standard than the Politician or the so-called expert the Government is paying and trots out to bamboozle you with bullshit.

Cheers,
Noely
PS. Remember what I said about smooth talking IT salesmen, remind you of anyone? ;-)

For those interested in the ducks nuts of this #CensusFail issue I would suggest:

Follow the likes of: @jpwarren   @Asher_Wolf ‏   @Info_Aus   @DrRimmer   @MsCastan   @R_Chirgwin ‏  @apf_oz   @1petermartin   @SalingerPrivacy   @BernardKeane  @Steve_Lockstep  @mwyres   @LeslieCannold   @riskybusiness   @grahamgreenleaf   I know I've missed some, feel free to let me know :)
Read or listen to:
14 Aug 2016 - Public Sector Data Management – DPM&C 2015
13 Aug 2016 - Code Red: How the Bureau of Statistics bungled the 2016 census
12 Aug 2016 - Restore faith in the Census
12 Aug 2016 - Australia’s “creepy” census threatens privacy and our civil liberties
12 Aug 2016 - CJRC Researcher Dr Monique Mann speaks to ABC radio about privacy issues with Census data
11 Aug 2016 - What I've been told about #censusfail
10 Aug 2016 - Census problems - statistical linkage keys, hashes and questionable security explained.
09 Aug 2016 - Census fail: counting the cost
09 Aug 2016 - 'Big Census' The census is an attempt to create a government commercial consumer data provider.
07 Aug 2016 - Trust and the Census – who (definitely) benefits?
06 Aug 2016 - Why I’m taking leave of my Census: a privacy expert’s reluctant boycott
06 Aug 2016 - Do I have to provide my name on my Census form?
26 Jul 2016 - Privacy and the 2016 Census
A number of good articles to reference: Little Bird Network
Please feel free to add more good references or people in the comments below, it has been a whirlwind period and I know I have missed some obvious ones :(